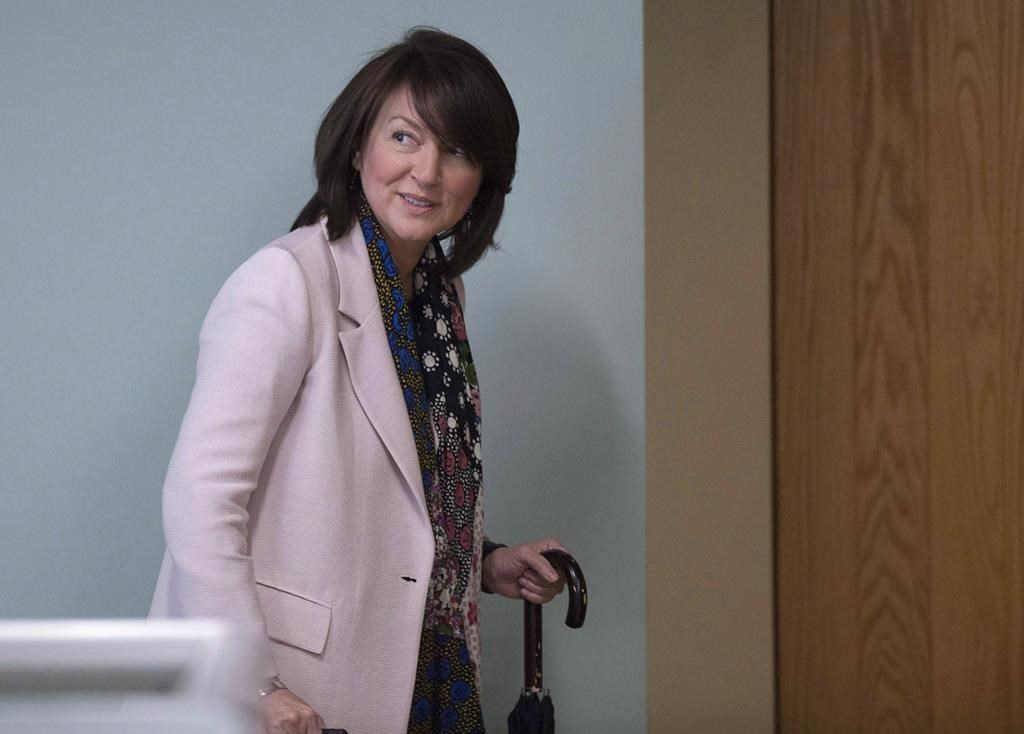 Former deputy Quebec premier Nathalie Normandeau and six other people charged with fraud-related offences will not have a preliminary hearing and will go straight to trial.

The Crown did not say today why it was proceeding with what is called a preferred indictment that allows it to bypass the preliminary hearing.

Normandeau is charged with conspiracy, corruption, breach of trust and fraud in a scheme in which political financing and gifts were allegedly exchanged for lucrative government contracts between 2000 and 2012.

She and her co-accused were arrested in March 2016. The preliminary hearing was set to begin in June and last five weeks.

Normandeau was in court today and said through her lawyer she is maintaining her innocence.

She served as a Liberal member of the legislature for a riding on the Gaspe peninsula from 1998 to 2011 and held key cabinet positions as well as being deputy premier from 2007 to 2011. Her criminal case will resume in September.