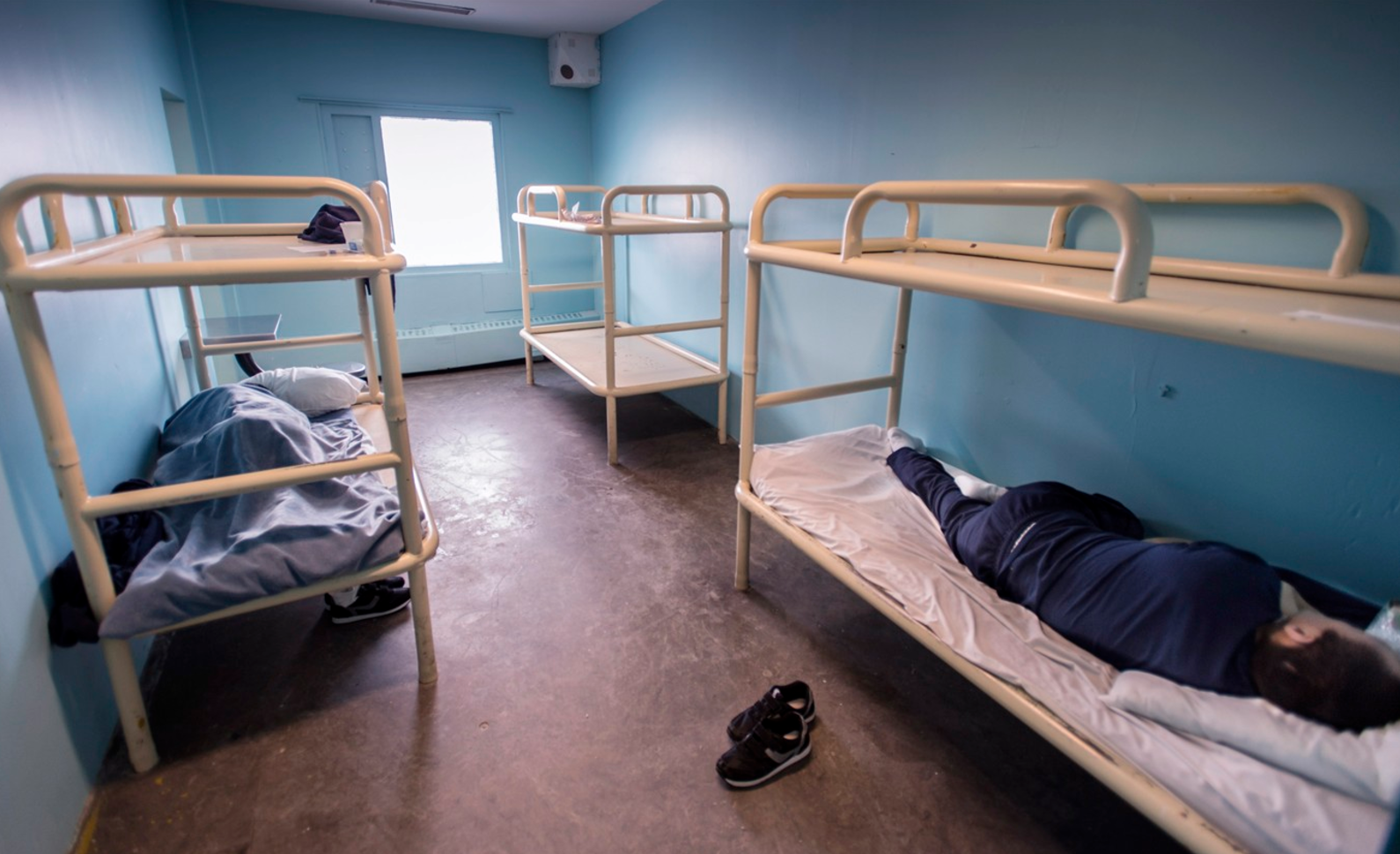 Drugs are sometimes trafficked into Canadian prisons by contract workers, prisoners or visitors, according to Correctional Services Canada. File photo of prisoners in the Baffin Correctional Centre by The Canadian Press
Previous story
Next story

“We’ve been waiting for this for decades,” Senator Kim Pate, a veteran prisoner rights advocate who is now part of a Senate investigation into federal prison conditions, told the National Observer. “At this point we’re still seeing little more than talk.”

That brings the risk of overdose down too, Diane Rothon, medical director for British Columbia Corrections, told National Observer. She said about one in three of the department's 2,600 inmates in B.C. are now receiving the live-saving therapy.

“That’s a threefold increase over the past year and I still don’t think we are anywhere near the saturation point yet,” she said. “There’s still a big unmet need for drug treatment in jails.”

Contraband substances are often trafficked into prisons by workers, visitors or incoming prisoners and consumed behind bars through unsafe methods, like used needles. Over the last three years, Correctional Service Canada (CSC) has documented than 25 overdoses related to linked to fentanyl alone, which is sometimes disguised as a less potent opioid, like oxycodone.

According to CSC, nearly 70 per cent of federal offenders have some level of substance abuse problem requiring intervention upon admission to federal custody. Eleven per cent indicated in an inmate survey that they have injected while in prison, and 25 per cent reported they are under pressure to smuggle in drugs.

Thomas Kerr, director of research at the BC Centre on Substance Use, praised Rothon’s leadership in dramatically expanding OST to address this crisis. He described OST as a therapy that helps addicts stabilize and permanently overcome opioid dependency.

“It’s a great move,” he said in an interview. “And one that is long overdue.”

“Under our ‘take home naloxone’ program, anyone can ask for a kit at any time, and they are provided with one when they leave jail,” she explained, adding that inmates are also offered training sessions on how to use nalaxone.

“Almost all female inmates ask for a kit before leaving. They tend to request the kits for others as well as themselves.”

Alongside the expansion of OST and the take-home naloxone program, Rothon said BC Corrections has invested more than $1 million dollars to expand nursing programs aimed at “strenuous opioid-use identification” when inmates are admitted to jail.

“We are proactively offering help to people with a history of opioid use disorders,” she explained, adding that sensitivity to traumas that drive addictions is also being promoted among jail staff. “The jails are a premiere place for public health opportunities, but these programs require a tremendous amount of supervision and inmate counselling.”

The expansion of addiction treatment in jails was spurred when the province’s medical health officer declared high overdose rates to be a public health emergency in April 2016. Shortly before the overdose emergency was announced, BC Corrections settled a lawsuit filed by Vancouver-based Prison Legal Services on behalf of four inmates who claimed to have been denied access to OST.

The inmates were described in the lawsuit as suffering “from opioid dependence, which is a chronic recurrent medical illness often associated with co-morbid mental illness, transmission of infectious diseases, (such as HIV/AIDS and hepatitis C), the risk of fatal overdose, and premature mortality.”

After BC Corrections settled the case, it provided the inmates with access to the therapy.

Rothon now believes BC Corrections is at the forefront of national prison-based harm reduction efforts. Prison officials from Alberta, Ontario, Yukon and the federal correctional service have contacted her for advice, she said.

Jennifer Wheatley, the assistant commissioner for health services for Correctional Service Canada, which houses 15,000 federal inmates nationwide, said access to OST is also being expanded in federal jails, especially those in B.C.

“It’s a renewed focus,” she confirmed in an interview with National Observer.

Currently, 930 federal inmates receive methadone or Suboxone—an increase of about 20 per cent over the past year.

“We see this increase within our system as a reflection of community needs,” said Wheatley, citing the overdose epidemic. “And if we address inmates’ opioid addictions we can also help reduce illicit drug usage in prisons.”

While praising the jailhouse expansion of OST, Jennifer Metcalfe, director of Prison Legal Services, which sued BC Corrections in order to force it to expand access to OST for inmates last year, said that with only six per cent of federal inmates currently receiving the therapy, “there is a lot of frustration over the long wait lists for it.”

Metcalfe said Prison Legal Services is considering suing Correctional Service Canada over denying this form of “essential medical care” to federal inmates on the OST wait list. She also argued that BC Corrections needs to do more. “We’d like to see an expansion in addiction therapies, safe needle and tattoo programs, and many other harm reduction strategies adopted, including trauma therapy.”

Richard Elliot, executive director of Toronto-based HIV/AIDS Legal Network also agrees that more needs to be done. His group is suing Correctional Service Canada for its refusal to provide safe needles in federal jails—where twenty five per cent of inmates are estimated to inject drugs, often with unsafe, reused needles.

“There needs to be a much bigger effort including provision of sterile injection equipment and expanded drug treatment programs, including programs to help inmates overcome the traumas that drive their addictions,” Elliot said.