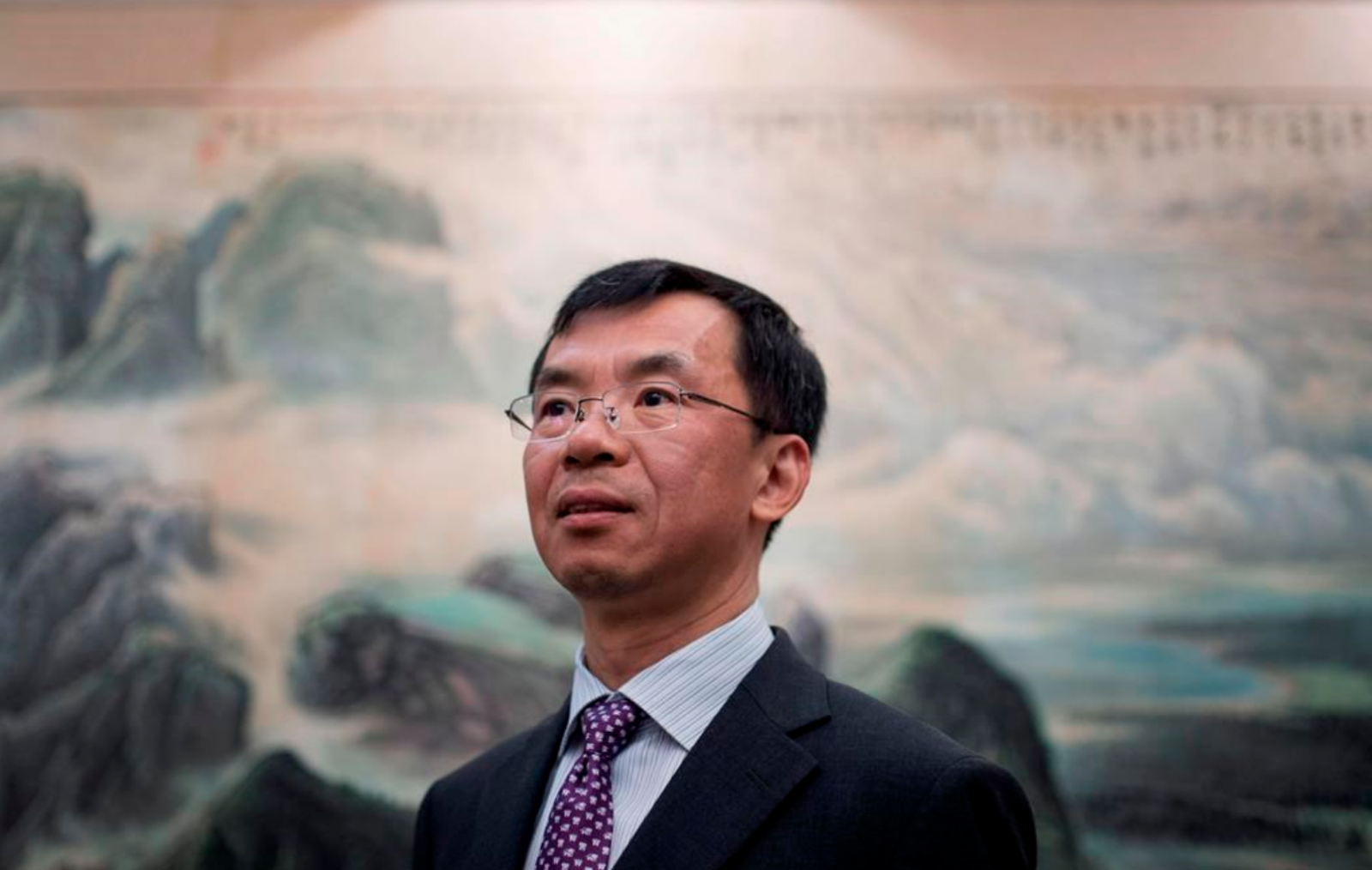 The Trudeau government should spend less time bowing down to Canadian journalists preoccupied with human rights and get on with negotiating an important free trade agreement with China, says the country’s ambassador.

Chinese ambassador Lu Shaye blamed the Canadian media for disseminating a negative portrait of his country that depicts it as an abuser of human rights and lacking democracy.

The envoy levelled the accusations during a lengthy interview at the Chinese Embassy in Ottawa with The Canadian Press.

Lu’s remarks come as the Liberal government and the People’s Republic embark on a third round of exploratory talks this month aimed at determining whether the two countries should begin formal negotiations towards a free−trade agreement.

His comments underscore a major cleavage in how the two countries believe their differences over human rights should be addressed.

Canada says the issue is linked to economic engagement with China and wants it part of any formal trade pact.

China disagrees strongly, saying the two issues are not linked. Lu offered a candid insight into how China views that difference of opinion: the diplomat blamed an ill−informed Canadian media for forcing the issue onto the agenda.

"I think the Canadian government is pressured by the media on this issue," Lu said through a translator provided by his embassy. "I think that Canadian media is quite influential."

Lu then interjected in English to stress that Canadian politicians sometimes have to "bow before media." He recommended the approach of his country’s ruling communist party as an efficient way of dealing with the media.

"The Chinese Communist Party and the government is good at listening to public opinion and also they do their part to lead and mobilize people for a common cause."

Lu said when he arrived in Canada four months ago, his top priority was to deepen co−operation between the two countries.

Trudeau wants to deepen economic and political relations with China.

But Trudeau has also pledged not to shy away from engaging with China on the sensitive area. He used a speech in Shanghai last fall to say Canada encourages China to do more to protect and promote human rights.

Soon after arriving in Canada, Lu said he was struck by the negative view of his home country that he saw taking shape, mainly in Canadian media.

"I feel that in Canada, and especially its media, there seems some misunderstanding about China, which is detrimental to bilateral co−operation," he said. "For example, the Canadian side fear the Chinese will buy up all their resources or steal their advanced technology."

He also said Canadians "don’t see any merit in China" and don’t think it’s a worthwhile trading partner. Canadians, he added, "look down upon China" and see a country with no democracy, human rights or freedom.

Lu said his country is not afraid to talk about human rights and democracy, but what China objects to is linking them to economic and trade issues.

"Politicians should have the courage and responsibility to explain to people where the overall and fundamental interest of the country lies," he said.

The Canadian government has made it clear that its economic engagements abroad cannot be divorced from human rights considerations.

When it launched public consultations on a possible free−trade agreement with China, Ottawa acknowledged that Canadians have concerns regarding China on issues such as the environment, labour, gender equality, rule of law and human rights.

But a "comprehensive dialogue" with China would allow Canada to relay these worries.

"A free−trade agreement with China would not deter Canada from urging and working with China to meet its international obligations in these areas," the Canadian government said.

Trudeau, meanwhile, has repeatedly defended freedom of the press.

"The back−and−forth between the press and government is essential to any good democracy," Trudeau told a packed press conference at the National Press Theatre last week. "When you’re at your best, it reminds us and challenges us to be at ours. So thank you all for your tireless work on behalf of Canadians."

The Chinese regime has long faced criticism from organizations around the world for stifling press freedom.

"The planet’s leading censor and press freedom predator, Chinese President Xi Jinping, is the instigator of policies aimed at complete hegemony over news coverage and the creation of an international media order heavily influenced by China," says a recent profile on China by Reporters Without Borders.

Lu’s remarks on the Canadian media and human rights came unprompted at the beginning of a wide−ranging 90−minute interview with two reporters from The Canadian Press. The envoy expounded at length on how China views its relations with Canada on numerous issues including free trade, investment and cyberattacks.

This story is the first of a series.

Lu, who noted he was giving his fourth interview with a Canadian news outlet, said he will be open to answer more questions from Canadian journalists.

A bit two-faced of Trudeau to

A bit two-faced of Trudeau to be pressuring China on human rights when we have some pretty dirty laundry ourselves in our historic and ongoing relationship with the indigenous peoples of Canada!