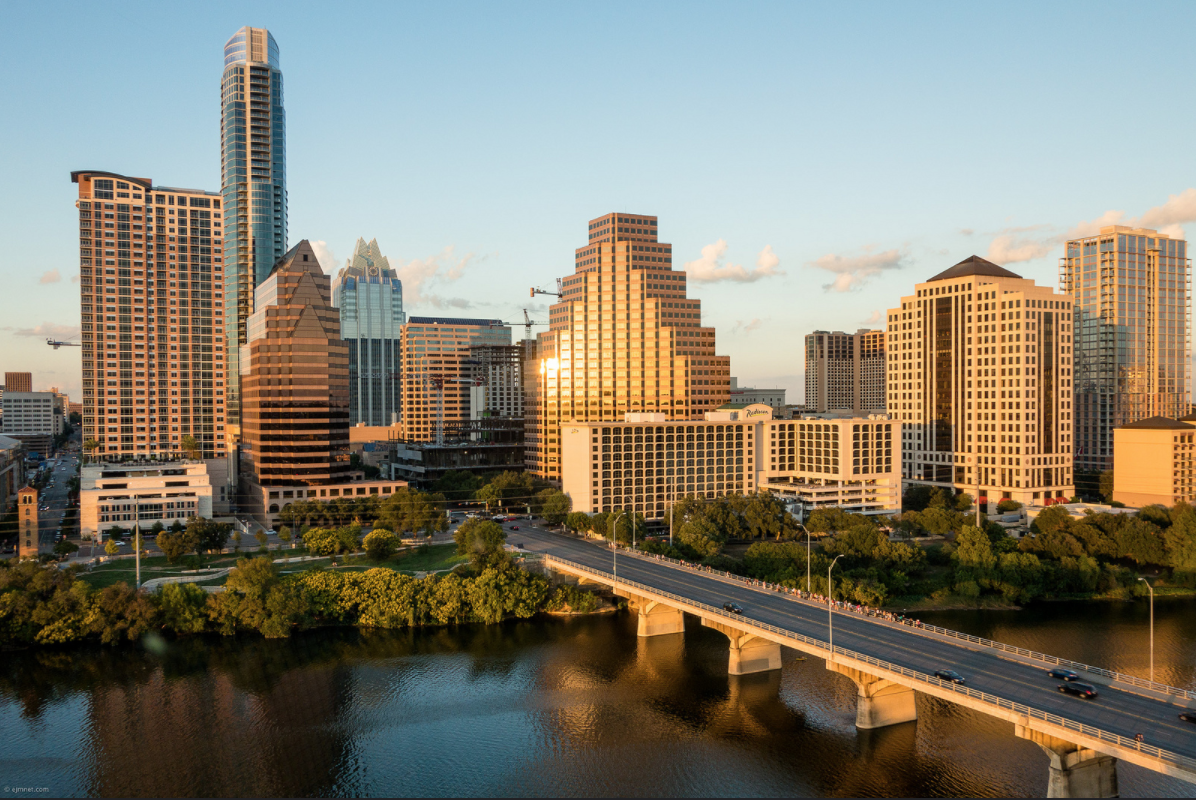 Austin, Texas — like Vancouver, Toronto, and other Canadian cities — has set itself aggressive targets to stop using fossil fuel-based energy.

But unlike many cities in Canada that have aggressive emissions reductions targets but little investment capital to support decarbonization, Austin's municipal government and property developers are putting their money where their mouths are.

In 2015, the city council from the Texas capital pledged to achieve net zero community-wide greenhouse gas emissions by 2050, shifting its energy grid away from natural gas and coal to renewable energy. Net zero means the total amount of energy used by a building annually is roughly equivalent to the renewable energy it creates, through solar panels or other means.

While Vancouver, for example, lets property developers get away with lip-service commitment to sustainability, as they build hundreds of overpriced, often empty, energy-wasting concrete and glass towers, investors in projects like Austin’s Whisper Valley development point to prosperous zero-carbon building opportunities.

The US$2-billion master-planned Whisper Valley community in Austin is backed by New York-based Taurus Investment, a no-nonsense commercial property developer. The project aims to provide net-zero energy capable homes, which produce as much energy as they use, for mass market buyers.

The Whisper Valley homes under construction in Austin will all have geothermal pumps for heating and cooling, roof-mounted solar panels, energy-efficient appliances, smart metres and associated energy-saving technology. Because all of the homes in the phased development will be connected to a community-scale geothermal heating and cooling system, and built with all of the technology incorporated from the outset, residents do not have to foot the significant cost of having the same systems outfitted on an existing home.

This model means that all homes in the development would actually achieve the City of Austin's net zero emissions standard.

This is not a Toronto or Vancouver luxury condo marketing ploy, but rather a collection of affordable family homes that will produce their own energy. Canadian property developers, investors and policymakers should be taking notes. In particular, it is time for Canadian property investors to raise their level of ambition, and to get serious about the deployment of low-carbon energy systems in all new projects.

Canadian developers should be more ambitious

What the Whisper Valley project highlights is that the transition to energy positive homes is possible now, and will be driven in part by geothermal heating and cooling technology. With 30 years of history in Canada, geothermal heat exchange pump technology is not new.

But property developers and investors in Canada have not yet shown the ambition of Taurus Investments and European investors to deploy the technology at scale in new subdivisions or condo developments.

According to Martin Forsén, president of the European Heat Pump Association (EHPA), “The global heat pump industry is growing today, but we need policies to speed-up and deepen the process. Carbon neutral heating and cooling needs to become the new political priority.”

Efforts to decarbonise homes and commercial buildings across the EU are supported by detailed national action plans and clear standards.

In Canada, the Canada Green Building Council has a Zero Carbon Building Pilot Program, but policy and investor support for renewable energy is patchy across the different provinces and cities. At the provincial level, Ontario is a leader in capitalizing on the opportunities to shift household heating away from dependence on natural gas. Pushback from the natural gas industry is strong, but Ontario policymakers recognize that emissions reductions targets can only be reached by weaning residential and commercial heating away from fossil fuels.

Vancouver trumpets its status as having the lowest greenhouse gas emissions per person of any major North American city, yet ignores the reality of the glass towers and extremely energy inefficient new homes being built every day. In global terms, Canadians have one of highest per capita emissions of any country in the world, so there is lots of room for progress. If cities like Vancouver and Toronto are genuine about their net zero carbon targets, they must get serious about improved building standards and channeling investment to shift residential energy to 100 per cent renewable heat and power.

Canadian property investors have yet to fully engage in the debate over the future of clean energy integration with our homes and offices. It is time for investors to step up and show that Canadian property developers can compete at scale with their international peers on energy efficient buildings.

Bridging the gap between ambition and action

In Ontario and British Columbia, government targets to decarbonize the heating sector still have plenty of room for more ambition and action. In Sweden, the shift to geothermal heating for residential homes happened from the mid-90s, and the technology now accounts for over 30 per cent of residential home heating in the country. Indeed, the technology has become so mainstream that Vattenfall, the state-owned Swedish power company, recently added geothermal heating and cooling solutions to the list of services its provides to residential and commercial property owners.

In Canada, Enbridge is the only large energy company to dip its toe into geothermal energy, making noise about investing in the technology in Ontario.

Last March, Martin Luymes, a director at the Heating, Refrigeration and Air Conditioning Institute of Canada, told me that “geothermal heat exchange technology is readily available to reduce the emissions profile of our buildings, but policy must align with market expectations on the pace of transition.”

On the policy side, Glen Murray, Ontario’s Minister of the Environment and Climate Change, considers “geothermal technology — pipe loops, the entire infrastructure of heat pumps — [as] foundational components of low-carbon buildings and net zero buildings.”

So if the industry associations and policymakers see the logic, why are Canadian investors still shying away from zero-carbon buildings? It is not due to a lack of easy money sloshing around in the property sector, as anyone from Vancouver or Toronto will tell you.

Vancouver produced a Zero Emissions Building Plan back in 2016. The plan aims to have all new buildings free of climate-polluting greenhouse gas emissions by 2030. The building emissions plan aligns with a broader Renewable City Strategy approved by council in November last year, which calls for a 100 percent shift to renewable energy use before 2050.

That's great for the City of Vancouver, but there is no detailed plan on how and when residential and commercial heating systems will be shifted away from natural gas. Indeed, the largest property developers in the City have yet to act on these targets. Until policymakers push property developers and their investors get serious about deploying renewable energy and energy efficiency across their project portfolios, Vancouver and other cities decarbonization targets will remain a fantasy.

Until capital flows into the zero-carbon property segment of the construction industry, Canadians who want a zero-carbon ready home may just have to move to Texas.

How Toronto could lead the climate change charge in Canadian cities

I'm curious as to in what way

I'm curious as to in what way the Province of Ontario is a "leader" in switching off natural gas. I've seen no policy that might indicate that, and until there's money on the table, or legislation of some sort, there's nothing.

In fact, they were offering rebates just 3 years ago for "high efficiency" gas furnaces ...