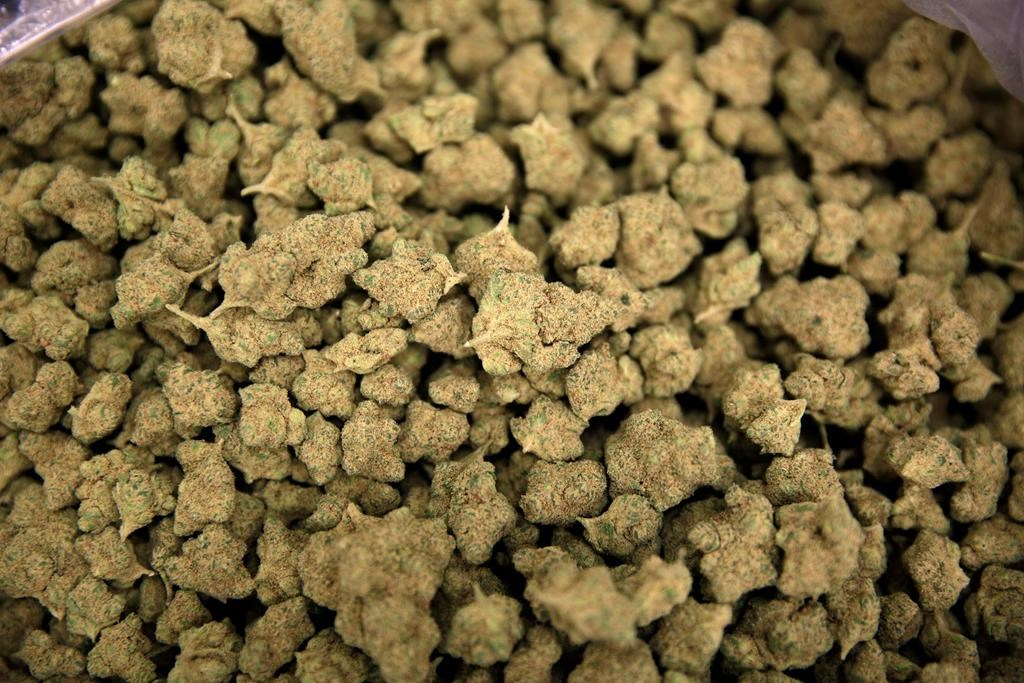 In this June 28, 2017, photo, a finished marijuana product fills a bag at the Desert Grown Farms cultivation facility in Las Vegas. File photo by The Associated Press/John Locher
Previous story

The Manitoba government raised the distinct possibility Thursday that it may allow private retailers to sell marijuana when recreational use of the drug becomes legal next July.

The Progressive Conservative government called for expressions of interest from potential producers and vendors in a 10-page document issued to "gauge options and possible participants in the new cannabis industry in Manitoba."

Justice Minister Heather Stefanson said the government is willing to consider private sales for cannabis and go beyond stores run by Manitoba Liquor and Lotteries.

"No options are off the table right now. We are opening this up to get more ideas about how to do this," Stefanson said.

"We welcome (Manitoba Liquor and Lotteries) to give their expression of interest as well as all Manitobans with respect to the distribution."

The Opposition New Democrats called on the government to ban private cannabis retailers in Winnipeg and other communities large enough to have government-run liquor stores, at least initially.

The Manitoba Government and General Employees' Union, which represents liquor-store workers, also called for a fully public sales model. Even if separate stores are set up for cannabis and alcohol, they should be run and staffed by liquor and lotteries employees, union president Michelle Gawronsky said.

"They've already built a huge organization that keeps liquor accountable. It keeps people responsible. It provides proper training. So why would we want to reinvent that? Why don't we just use what we've got now?"

The province has a mixed approach to liquor sales. Only government stores can sell the full spectrum of hard liquor, beer and wine. There is a large number of private beer vendors, mainly at hotels, and a small number of private wine stores. Products are purchased through the government's wholesale agency.

Stefanson said it is too early to determine what sales might look like. People interested in supplying and selling cannabis have until Sept. 8 to respond to the government's request for input.

"Manitoba intends to develop a local, broad-based, adaptable and ongoing framework for the implementation of legalized recreational cannabis," the document issued Thursday reads.

"Key measures of success for the framework include: restricting access to minors; competitive pricing; quality product, variety and knowledge; limits on density and locations of storefronts; accessibility for all Manitobans."