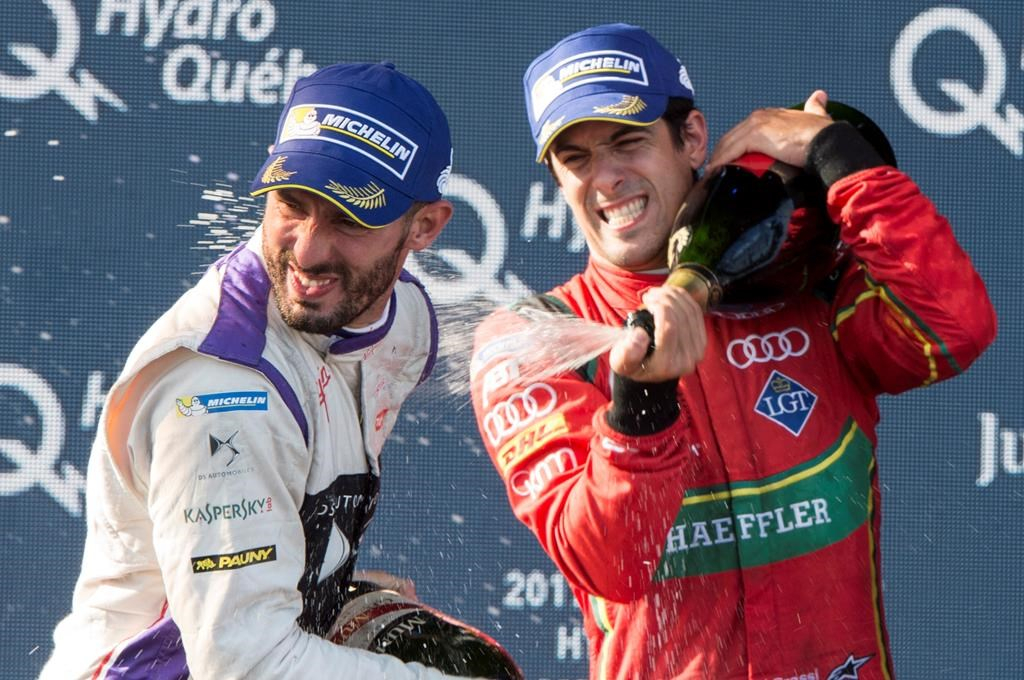 The mayor of Montreal and promoters expressed satisfaction Monday with the city's first-ever Formula E race, which they claim drew 45,000 spectators to the downtown core during the weekend.

Denis Coderre has also defended the $4 million-$6 million which he said it cost to stage the event.

The money that was spent on the race was not an expense but an investment, he told a news conference, adding it was "mission accomplished."

The so-called ePrix race, which involved electrically powered cars, is set to return in 2018 and 2019.

"It's all based on a long-term vision and that's what it's all about," Coderre said.

The race was heavily criticized by many local residents as streets were blocked to set up the 2.75-kilometre track at the eastern end of downtown Montreal.

But Coderre noted that discussions were held with them for several months and the vast majority were happy with the way they were dealt with.

"Yes, there were certain people who spoke out against the event and who weren't happy," he said, admitting the city will have to do a better job on communications.

Organizers also refused to say how many free tickets were given out to ensure there were no empty seats in the stands as fans watched the virtually noiseless race cars.

Coderre also answered critics who have said the race was all about his ego.

"The reason why I am in politics is not about ego, it's about ambition," he said, pointing to his accomplishments since becoming mayor nearly four years ago.

Montrealers go to the polls in municipal elections in November.

The event's director-general, Alejandro Agag, said more than 30 Formula E races are held around the world and he called the Montreal edition "without doubt, one of the best, if not the best."

Agag added the race is run through downtown streets to bring the event closer to the population.

"The Formula E is more than a race," he added. "Formula E is a message that people must change the way they move about.

"We have to change all the vehicles of the world from gasoline to electric. It's all related to pollution and the warming-up of the planet."