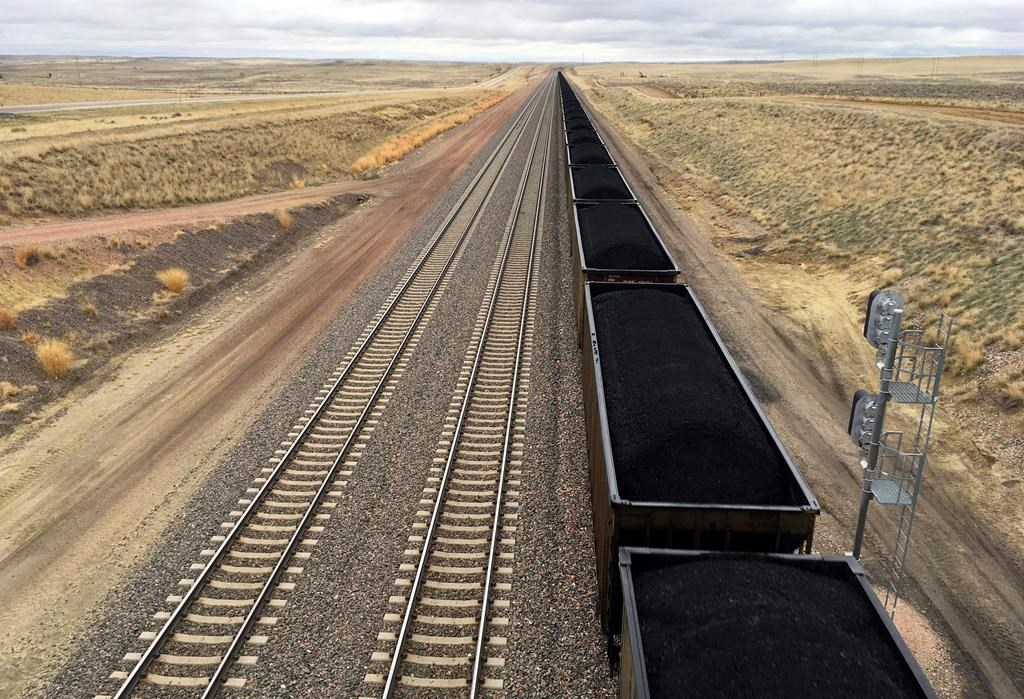 In this March 28, 2017 file photo, a train near hauls coal mined from Wyoming's Powder River Basin near Bill, Wyo. Photo by The Associated Press/Mead Gruver
Previous story
Next story

The Interior Department on Monday scrapped an Obama-era rule on coal royalties that mining companies had criticized as burdensome and costly.

The Trump administration put the royalty valuation rule on hold in February after mining companies challenged it in federal court. Officials later announced plans to repeal the rule entirely. The final repeal notice was published Monday in the Federal Register and takes effect Sept. 6.

Repealing the rule "provides a clean slate to create workable valuation regulations," said Interior Secretary Ryan Zinke, adding that the repeal will reduce costs that energy companies would otherwise pass on to consumers.

Still, he said Interior remains committed to collecting every dollar due, noting that public lands are assets belonging to taxpayers and Native American tribes.

The valuation rule, crafted under the administration of Democratic President Barack Obama, was aimed at ensuring that coal companies don't shortchange taxpayers on coal sales to Asia and other markets. Coal exports surged over the past decade even as domestic sales declined.

Federal lawmakers and watchdog groups have long complained that taxpayers were losing hundreds of millions of dollars annually because royalties on coal from public lands were being improperly calculated.

Interior disputed that, saying in the Federal Register notice that the soon-to-be-reinstated regulations "have been in place for more than 20 years and serve as a reasonable, reliable and consistent method for valuing federal and Indian minerals for royalty purposes." As evidence, the agency noted that the Obama-era rule would have increased royalty payments by less than 1 per cent a year.

Rules in place since the 1980s have allowed coal companies to sell their fuel to affiliates and pay royalties to the government on that price, then turn around and sell the coal at a higher price, often overseas. Under the now-repealed rule, the royalty rate would have been determined at the time the coal is leased, with revenue based on the price paid by an outside entity, rather than an interim sale to an affiliated company.

But conservation groups criticized the action, calling it a "sweetheart deal" for the industry that will deprive states of much-needed revenues. About half the coal royalties collected by the federal government is disbursed to states including Wyoming, Montana, Colorado, Utah and New Mexico.