A NAFTA chapter focused on Indigenous rights will be crucial, Bellegarde says 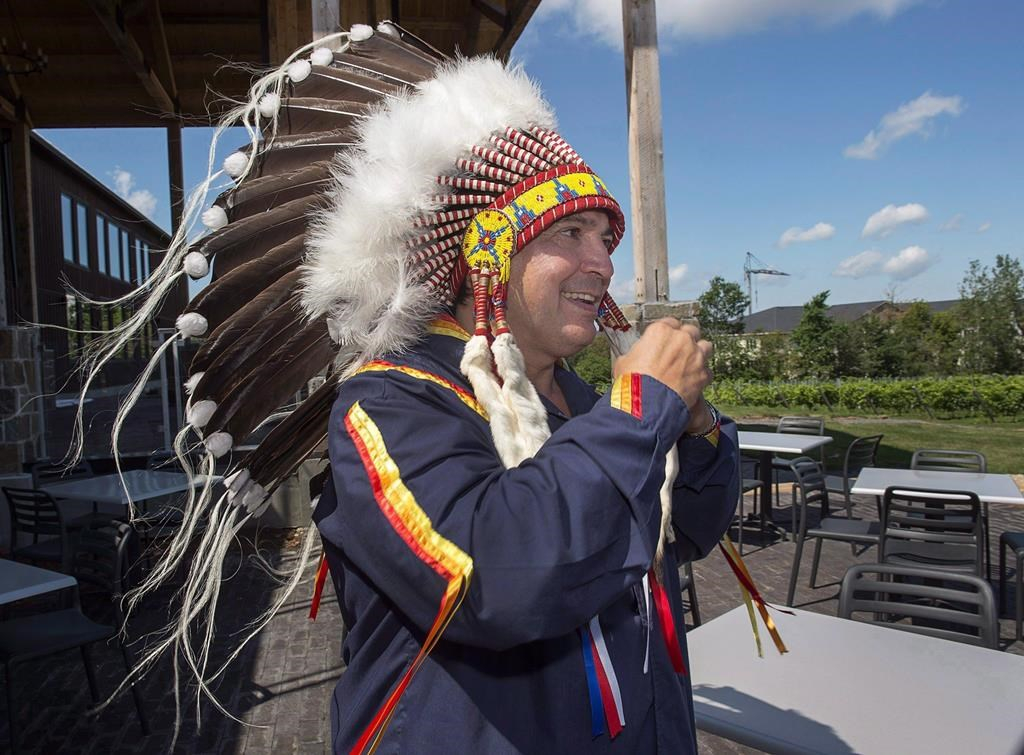 Perry Bellegarde, National Chief of the Assembly of First Nations, adjusts his headdress at a meeting of Atlantic MPs and First Nations chiefs in Wolfville, N.S. on Thursday, Aug. 10, 2017. File photo by The Canadian Press/Andrew Vaughan
Previous story

The push for an Indigenous chapter in a renegotiated NAFTA could require support from Indigenous Peoples south of the border as well as in Canada, says Assembly of First Nations National Chief Perry Bellegarde — a main advocate for its creation.

Indigenous Peoples were left out of North American free trade discussions of the 1990s, Bellegarde said, adding he is pleased to see Ottawa is working to change that as it begins hashing out a new agreement.

Bellegarde, who is part of an advisory committee on the trade negotiations, said there is a "certain amount of instability" in the White House at the moment and he acknowledges additional pressure may be required to see movement on the part of the U.S.

"We also have to reach out and start working with our Indigenous brothers and sisters on the U.S.A. side," Bellegarde said. "We never created borders. We've always had a lot of international trade amongst ourselves as Indigenous Peoples."

For its part, Canada can be viewed as a strong international leader through its full inclusion and involvement of Indigenous Peoples as part of international trade discussions, he added.

"By having an Indigenous chapter, you're going to get a better agreement to create economic certainty for this country, for all three countries," he said.

"It also opens up the door for potential economic development opportunities for Indigenous Peoples and as well making sure we find that strong balance between the environment and the economy."

Last week, as negotiations were about to get underway, Foreign Affairs Minister Chrystia Freeland thanked Bellegarde personally for the suggestion of an Indigenous chapter.

"I spoke about it with our officials, and they were also very enthusiastic about that," she said in Ottawa at the time.

"That is another really fresh area for us to work on that is in keeping with Canadian values and with the areas our government is pursuing, and I'm very excited about it."

Specifically, the federal government is looking at how provisions in the agreement can support Indigenous economic development while also considering how to make the pact compliant with the UN Declaration on the Rights of Indigenous Peoples (UNDRIP).

The International Inter-Tribal Trade and Investment Organization — a group made up of Indigenous and non-Indigenous trade experts — also made a submission to Global Affairs this summer requesting the creation of an Indigenous chapter, including greater protection of cultural property and traditional knowledge.

Risa Schwartz, a lawyer and senior research fellow with the Centre for International Governance Innovation who helped the organization with its research, said she is pleased and surprised to see Freeland's openness to the idea of an Indigenous chapter.

There now needs to be real participation from Indigenous people on the content, she said, noting this involves legal commitments Canada must uphold in light of UNDRIP.

Article 19 of the UN declaration outlines the need to co-operate in good faith with Indigenous Peoples to obtain free, prior and informed consent before adopting and implementing legislative or administrative measures that may affect them.

The section is designed to apply to issues that would affect Indigenous rights, Schwartz said, adding NAFTA could do just that, possibly in an adverse way.

Schwartz does not see an Indigenous chapter as a priority for the current U.S. administration, but she said Mexico may be more amenable.

"If you look back at the history of NAFTA, there was huge uproar from Indigenous Peoples in Mexico in 1994 so there may be a more serious conversation to be had with Mexico at this point."

NAFTA: 'Great deal of negotiation' still required after Round 1 of talks ends