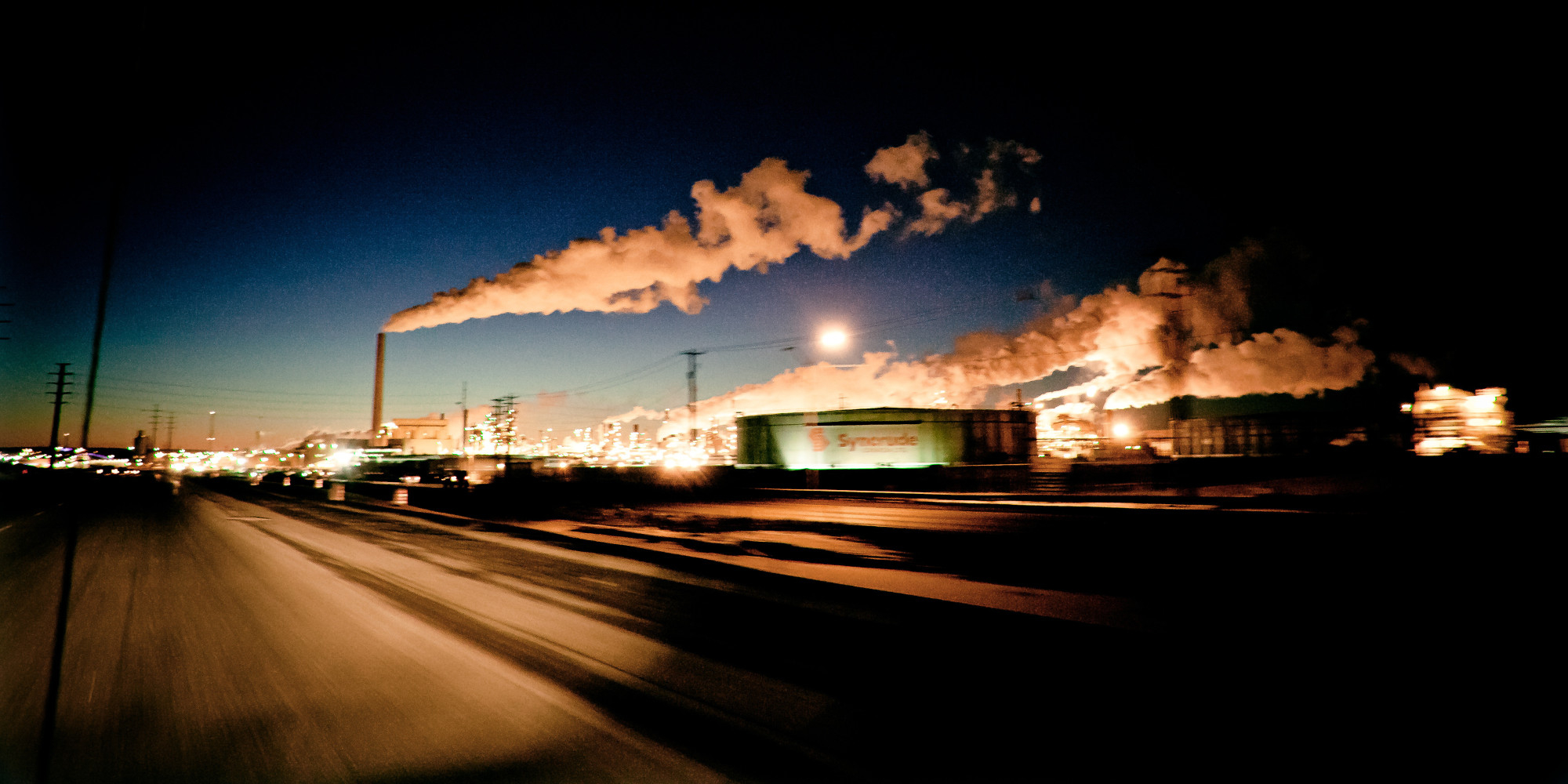 BNP Paribas announced this week it won't do business with companies whose principal activities include the oilsands. File photo from Facebook
Previous story
Next story

A major French bank has joined a growing group of international businesses, schools and financial institutions that have pledged to go fossil fuel-free with their investments as the world collectively strives to avoid climate change disaster.

BNP Paribas, considered to be France's largest bank, is Paris-based and has a presence in 74 countries worldwide. This week it announced that it would no longer do business with companies whose principal activities involve exploration, production, distribution, marketing or trading of oil and gas from shale or the oilsands. It will also cease financing projects that are primarily involved in the transportation or export of oil and gas, along with any exploration or production projects in the Arctic.

"BNP Paribas is committed to bringing its financing and investment activities in line with the International Energy Agency (IEA) scenario, which aims to keep global warming below 2℃ by the end of the century," reads an Oct. 11 statement published on its website.

"To achieve this goal, the world must reduce its dependence on fossil fuels, starting with oil and gas from shale and oil from tar sands whose extraction and production emits high levels of greenhouse gases, and has harmful effects on the environment."

The bank will continue to support clients in the energy sector who are committed to a clean energy transition, it says, while moving toward its target of reaching €15 billion (roughly $22 billion) in financing for renewable energy projects by 2020.

Earlier this year, activists in nearly 40 countries participated in a Global Divestment Mobilization movement that encouraged corporations, banks, academic institutions and others to divest from fossil fuels. Rallies targeted Commbank in Australia, for example, for its funding of "dirty coal" and investments in a controversial mining project, and South Africa's Stellenbosch University.

A high-profile divestment campaign also took place during widespread protests against the U.S. Dakota Access pipeline, which threatens the traditional territory and water supply of the Standing Rock Sioux tribe. Seventeen banks divested from the loan that financed the project as a result of campaigning, including the Dutch financial giant, ING.

In Canada, more than 30 universities, faith-based organizations, NGOs, philanthropic groups and other institutions have committed to go fossil fuel-free, including Laval University in Montreal, the Canadian Medical Association and the Windsor University Faculty Association. Divestment campaigns exist at the universities of Toronto, McGill, Victoria and Simon Fraser, among others.

Despite ongoing calls for major business and policy players to go fossil fuel-free in Canada, federal Environment and Climate Change Minister Catherine McKenna said the divestment movement is not her focus. Speaking from Dublin after four days of clean growth and climate change meetings with academics, policy makers and civil society groups in Europe, she said her focus is primarily on the innovation and policy solutions needed to support the clean energy transition.

Divesting from fossil fuels, she told National Observer during a press conference, is not something she typically raises when she meets with business giants.

"I did a roundtable with Mark Carney (this week) where we had financial institutions, we had investment banks, we had insurance companies, we had major companies, and the focus of our discussion really is on how do we turn the billions of dollars that is needed for the clean transition into trillions of dollars," she explained.

"The ways that you do that are… many of the things we’re doing in Canada — putting a price on carbon pollution is absolutely critical to send a signal to the market that there’s a cost associated with pollution and that will help results reducing emissions and increasing innovation."

Speaking in response to the BNP Paribas announcement however, Greenpeace Canada oil campaigner Alex Speers-Roesch encouraged banks in Canada to follow suit. Desjardins and TD are funders of Kinder Morgan's Trans Mountain pipeline, he explained, whose approval is currently being challenged in court by Indigenous communities in B.C.

"This is a testament to the diligent work of Indigenous activists, environmental groups, concerned citizens and everyone advocating to reform the financial sector," said Speers-Roesch in a statement. "More and more banks and investment funds recognize that in order to preserve their reputations and long-term financial performance, tar sands pipelines and other extreme fossil fuel projects are not the way to go.

"Banks such as TD and Desjardins, that stake their reputations on being socially responsible, should expect growing resistance if they continue to fund pipelines such as Kinder Morgan. We look forward to further details on BNP Paribas’ policy, and confirmation that it includes no loopholes that would permit general corporate credit facilities to be used for the construction or operation of any tar sands pipeline or other projects incompatible with the goals of the Paris Agreement."

Editor's Note: This story was updated at 11:48 p.m. on Sat. Oct. 14, 2017 to include comments from Environment Minister Catherine McKenna.

"In Canada, more than 30 universities, faith-based organizations, NGOs, philanthropic groups and other institutions have committed to go fossil fuel-free, including Laval University in Montreal, the Canadian Medical Association and the Windsor University Faculty Association. Divestment campaigns exist at the universities of Toronto, McGill, Victoria and Simon Fraser, among others."

However, there is no divestment campaign at the Canada Pension Plan. No, quite the opposite, the CPC Investment Board keeps ploughing pension fund contributions into new carbon investments.

Of course, universities such

Of course, universities such as my own alma mater, UBC, continue to resist divestment for the same reasons that fuel all of these related issues: lack of political will/financial support. Once we take the big picture view, we see that there is every reason for McKenna's statement. She was surrounded by corporate capitalists who provide ongoing finances to her political party as well as the others.
As Naomi Klein states in her latest book, "No Is Not Enough", activist groups and individuals MUST join in the work that will change how we do things to much more sustainable methods. It's not rocket science, and sometimes it requires a look back into history and to first peoples.