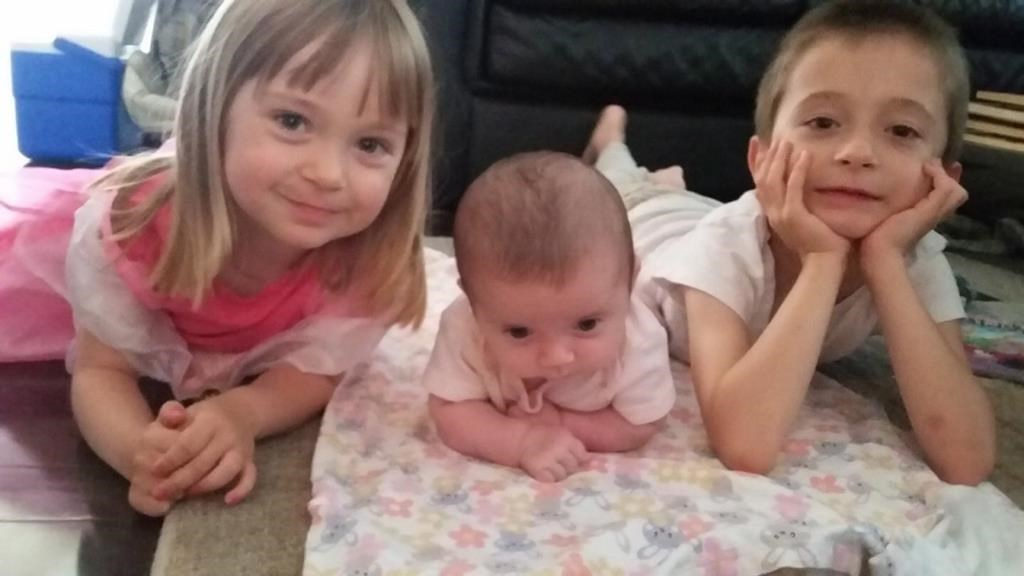 An Ontario family has launched a human rights complaint against a school board in an effort to get a popular form of therapy for autistic children provided to their son in class.

She says Jack has been receiving and benefiting from the therapy at an off-site facility he attends multiple days a week. Her son is also supported by education resource workers in class but she argues they are not equipped to provide the same level of therapy.

Skrt says her family offered to cover the cost of private ABA professionals to work with her son at school, but she says the board won't allow it.

The family has brought the issue before the Human Rights Tribunal of Ontario, seeking the right to provide ABA for Jack in his classroom.

The lawyer representing the board at the tribunal — which began hearing the case this week — did not indicate what arguments she planned to make, but says Dufferin-Peel supports providing appropriate educational services for all.

"We are confident that our evidence will demonstrate that we have fulfilled our commitment to students," Nadya Tymochenko said in a statement.

But Skrt, who works as an education resource worker for the board, said she believes the system is letting her son down.

She said her family initially balked at the prospect of a long and costly battle before the tribunal, but said the alternative was compromising Jack's future.

"There's so much potential there," Skrt said in an interview. "He is verbal. He is able to learn. He reads. he talks. He's friendly. He tries to play. It doesn't always work out, but he's just a really good kid. And I thought to myself, 'how do I live with myself? How can I just let him fall through the cracks of the system?'"

ABA is a type of treatment meant to teach autistic children to regulate behaviours that are believed to be socially significant.

In Jack's case, such behaviours currently include "finger-spelling in the air," as well as making clicking or humming sounds when he gets overwhelmed or anxious.

Although some members of the autistic community have written at length about negative experiences with ABA, saying it hampers their natural way of understanding the world, an opening statement filed with the tribunal on behalf of the Skrt family said Jack's care team have consistently indicated he would benefit from the approach.

The statement said Jack began receiving ABA at the age of three, at which time he was not toilet-trained and was highly withdrawn. It said the ABA program he accessed outside school helped him make significant progress and argued the therapy is needed in class to help him fully access his education.

According to the statement, proper ABA can only be administered by a Registered Behaviour Technician (RBT) working under the supervision of a Board Certified Behaviour Analyst.

According to the statement filed on behalf of the Skrt family, the Dufferin-Peel board currently has such an analyst on staff and employs education resource workers who interact directly with Jack. But those workers have not received training as RBTs and are not qualified to provide proper ABA, the statement said.

"The board has suggested it provides Jack with 'ABA methods.' With respect, 'ABA methods' is not a recognized term. One either provides ABA, or provides something that may loosely resemble ABA," the statement reads.

"The science behind it must be understood and it must be performed in a rigorous manner. Without the proper training, the (education resource workers) working with Jack are unable to provide such programming despite their best efforts."

Skrt said she and her husband offered to cover the cost of an RBT to accompany Jack to class, but said the request was denied. She said the board gave her many reasons for the rejection, ranging from citing Ministry of Education policy to claims that resource workers were equipped to provide the necessary level of service.

Nicole Bardikoff, senior researcher at Autism Ontario, said ABA has long been seen as the "gold standard" for behavioural interventions, adding it has been well studied and found to yield positive results.

"One of the main components you're looking at with ABA is how to generalize behaviour from different settings," she said. "Children spend most of their time at school, so it makes so much sense to be able to meet children where they are ... to really help with behaviour there."

However another group, Canadian Autistics United, does not favour ABA, saying it supports therapies that "work with unique autistic strengths, instead of ones that fight against them and force normalization."

"ABA may make us look normal, but that is an illusion," group spokeswoman Vivian Ly said in an email to The Canadian Press. "The outward appearance of improvement comes with internal, emotional harm and increased anxiety."

The Ontario government has a policy requiring school boards to offer special education accommodations for children with autism, which Bardikoff said can include ABA.

There is an internationally recognized certification board, but Bardikoff said the ABA field is not currently regulated in Ontario.

That is likely to change in the coming months, according to a new provincial program set to be implemented by next spring. Minister of Children and Youth Services Michael Coteau has announced that ABA practitioners will be regulated in the future, though few details are currently available.