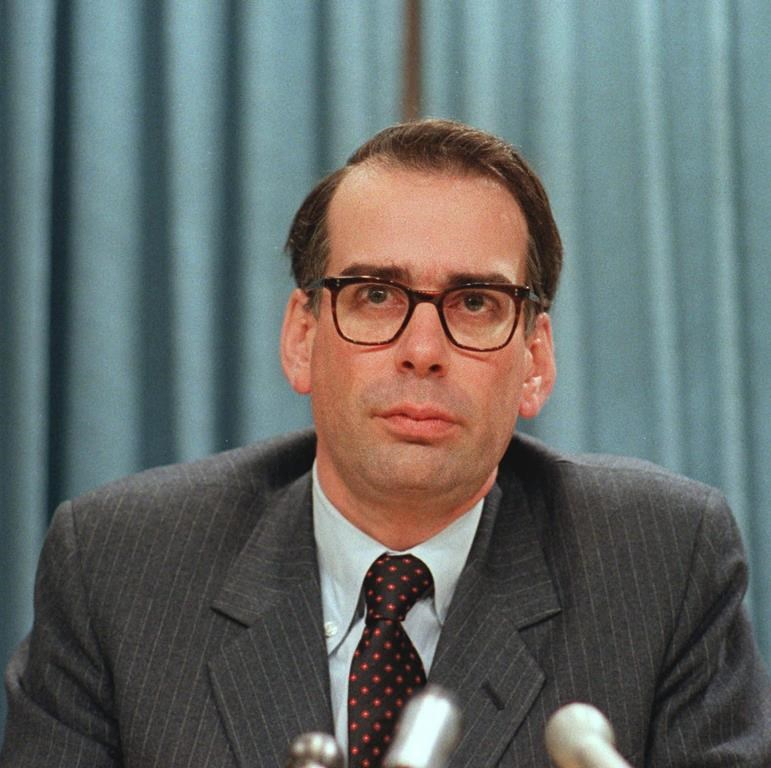 Michael Pitfield attends a news conference in Ottawa, Ont. in 1982. Michael Pitfield, a former Senator and clerk of the Privy Council, has died at the age of 80. File photo by The Canadian Press/Peter Bregg
Previous story
Next story

Michael Pitfield, a former Senator and clerk of the Privy Council, has died at the age of 80.

Prime Minister Justin Trudeau announced the death late Thursday, saying Pitfield was a "family friend who was especially dear" to his father and his family.

Pitfield, who joined the public service in 1959, was a close confidant of former prime minister Pierre Trudeau during his time in office.

In addition to his role as a powerful clerk of the Privy Council, Pitfield also served as secretary to the cabinet and as a senator for Ottawa-Vanier over a career spanning 50 years.

Trudeau said Pitfield remains the youngest ever Canadian to lead the public service and called his contributions to Canadian public life "far-reaching and enduring."

Pitfield joined the Senate in 1982 and sat as an independent until his retirement in 2010.

"Michael played a pivotal role in the patriation of the Constitution and the establishment of the Canadian Charter of Rights and Freedoms," said Trudeau.

"He was a tireless advocate of bilingualism and national unity whose leadership helped bring us closer as a country and make our democracy uniquely our own."

"On behalf of all Canadians, Sophie and I offer our deepest condolences to his three children, Caroline, Tom, and Kate, and to all of Michael's family and friends," Trudeau added.