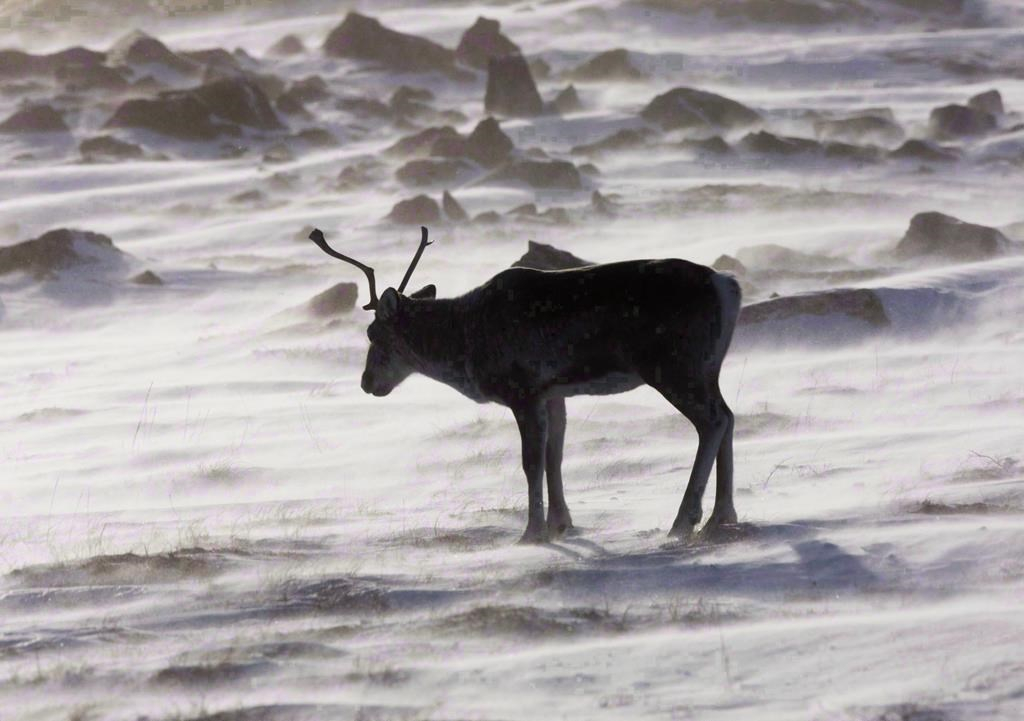 Woodland caribou and their habitat continue to decline. File photo by The Canadian Press
Previous story
Next story

Canada's woodland caribou herds and the habitat they need continue to decline five years after the provinces agreed to develop strategies to preserve them, a federal study has concluded.

And all provinces and territories are on a six-month deadline to lay out plans showing how they will keep the animal that's featured on the back of the quarter on the land. They have already missed one deadline.

"A number of provinces and territories have taken action," said Liberal MP Jonathan Wilkinson, parliamentary secretary to the environment minister. "That being said, it clearly is not enough."

But a forestry industry representative said not enough is known about the changing boreal forest to make rules on how much needs to be saved for caribou.

"We can't be cutting corners to the point where it might be doing nothing for caribou and putting thousands of people out of work," said Derek Nighbor of the Forest Products Association of Canada.

The report, released Tuesday, found that none of Canada's 51 caribou herds is growing. Twenty are in decline and not enough is known about 21 of them to even estimate their population trend.

Ten of those declining herds have fewer than 100 animals — some barely more than a couple dozen — leaving them highly vulnerable to being wiped out.

The old-growth boreal forests the caribou depend on are also deteriorating.

Despite five years of attempts to preserve or rehabilitate habitat disturbed by energy development or forestry, only 19 of 51 ranges met federal requirements to be 65 per cent undisturbed — two fewer than in 2012. Industrial disturbance increased in 29 of the ranges.

Last October, a five-year deadline passed for provinces to file detailed plans on how they were going to restore critical habitat.

Several provinces, including Alberta, British Columbia, Ontario and Quebec, have released draft plans. Others have said some of their plans are expected early next year.

None has completely met the terms of the federal bill.

Under the Species At Risk Act, Ottawa will now take until April 2018 to determine whether the provinces have sufficiently protected critical habitat. If they haven't, the environment minister is required to ask for a federal order to do it for them.

Wilkinson said the federal government and the provinces agree all 51 herds can still be preserved, although that could change.

"We're certainly open to engaging the provinces as we move forward," he said. "There would have to be a scientific underpinning to the argument."

Justina Ray, head scientist for the Wildlife Conservation Society, said some herds could disappear in as little as five years if nothing changes. She said the federal report puts the provinces on notice.

"This is the first shot across the bow," she said. "It is making a statement that there is more work that needs to be done."

But Nighbor said not enough is known about the impacts of climate change, predators or invasive diseases to pin all the blame on habitat disturbance. He points out that some herds considered stable live on ranges that are 95 per cent disturbed, although those herds are also protected by massive wolf culls.

"You need to look at all the factors," he said, adding Ottawa also needs to ensure that local communities are involved in decisions.

Wilkinson said governments are willing to take a look at any new science, but something must be done.

"The scientific evidence is very clear, that habitat destruction is directly related to the decline in caribou," he said.

"We need to take action."

Why is an industry

Why is an industry representative, with no knowledge of science or caribou, quoted TWICE in this article? Of course that's what the Forest Products Association is going to say -- deny, distort, dissemble. Why are you practising the discredited "balanced approach" to reporting? Why not quote caribou biologists, especially given that the US is now trying to open the Porcupine Caribou Herd's protected area (which overlaps the US and Canada)? I'm disappointed in the National Observer -- I can read this kind of stuff from wire services.

From David Suzuki's opinion piece. Why didn't you ask the Forest Products Association about the claims they've made according to Suzuki?

"In the face of ineffective stopgap measures — like killing predators such as wolves and bears, and penning female caribou to keep predators away — many scientists, environmentalists and First Nations have been calling on governments to address the real problem: cumulative disturbance. Roads and seismic lines for forestry, mining and oil and gas operations, along with industrial activity, have fragmented and degraded caribou habitat, altering predator-prey dynamics.

"In response to the obvious need for immediate action to protect and restore caribou habitat to reverse the creatures’ decline across the country, the Forest Products Association of Canada has done its part to stall the necessary changes. It claims, among other arguments, that the recovery strategy is being rushed; the science is uncertain, incomplete and out of date; the 65/35 disturbance threshold is too rigid; boreal caribou are recovering with good management plans across the country; and climate change isn’t being considered as a major cause of decline."

"Woodland caribou are likely to be seriously affected by climate warming in Boreal Canada. The mechanisms will most likely be mediated through increased predation, habitat change, nutritional decline in preferred foods and reduced food availability, physiological constraints owing to increased temperature, and mismatches between altered plant phenology relative to parturition.
Changes in caribou habitat will be driven largely by increasing fire occurrence, causing long-term reduction in areas of old forest and lichen availability. Human disturbances, including logging activity, are a further cause of habitat change. As the proportion of young forest area increases following fire and (or) logging, moose and white-tailed deer populations are expected to increase, resulting in accompanying higher number of wolves and associated increased predation on caribou.
The fatal neurological disease caused by Paralaphostrongylus tenuis will likely increase with the increased abundance of deer. Various aspects of climate change will negatively affect the ecological energetics of caribou, including thermoregulation in high temperature conditions and food plants with lower than needed protein values at calving time owing to altered phenology, which are expected to affect calf survival. Several recent studies have shown these many interrelated impacts of climate change will result in a substantial reduction in the present-day range of woodland caribou and create additional challenges for the conservation of Canada's wild caribou herds...The likelihood that generally warmer conditions will cause widespread permafrost degradation within the next few decades suggests that woodland caribou populations are likely to suffer major losses of habitat critical to their long-term survival in the "unmanaged" portion of the boreal forest throughout Canada".
(source: NRC Research Press, October 09, 2013: "Anticipating the Consequences of Climate Change for Canada's Boreal Forest Ecosystems"
The "unmanaged" portion of the Boreal forest covers over 1/3 of Canada's total forest area. The other 2/3 consisting of " managed" forest is where provincial and federal governments can intervene, primarily by creating more protected areas where human activities are strictly limited. Time is running out for the woodland caribou and for many other species (including us) affected by climate change.