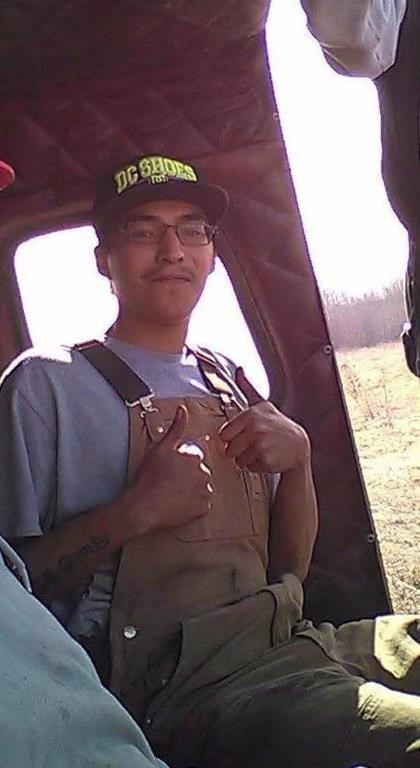 Colten Boushie is shown in this undated handout photo.
Previous story
Next story

The family of an Indigenous man who was shot to death on a Saskatchewan farm says it's "extremely upset and disgusted" that Mounties have cleared their own officers of misconduct.

Colten Boushie's family says in a statement that there is no reassurance of fairness when police investigate their own.

Boushie was shot and killed in August 2016 while riding in an SUV that went onto a farm near Biggar, Sask.

Boushie's mother has said that when police came to notify her about her son's death, officers were insensitive, started searching her home without permission and asked her if she'd been drinking.

An internal RCMP investigation, done by a senior officer who is Indigenous, said the allegations couldn't be supported.

The family says officers made mistakes based on their lack of education and judgment.

"They are not trusted by Indigenous people on the prairie," Boushie's mother, Debbie Baptiste, and Boushie's sister, Jade Tootoosis, said in the statement released Friday through the Federation of Sovereign Indigenous Nations.

"How are we to trust the RCMP when they treat us like criminals when we are the victims?"

Earlier Friday, the federation issued a statement that called into question the fairness of the internal RCMP investigation.

Chief Bobby Cameron said First Nations representation is needed when it comes to investigations of this nature.

"You have officers investigating other officers, showing that the justice system doesn't serve First Nations with the same standard of care that it should," said Cameron.

"The lack of sensitivity shown by officers after Colten Boushie's death should warrant an apology at the very least."

The RCMP report obtained by The Canadian Press said officers believed someone who ran from the shooting scene at the farm could have been in Baptiste's home and armed.

None of the officers at the home could recall anyone telling Baptiste to "get it together" — as she has recalled — or asking her if she'd been drinking, said the report, which was based on an investigation by RCMP Insp. Teddy Munro.

Officers also said they received verbal permission to look around the home from one of Baptiste's sons.

RCMP did apologize for a news release that the family said made Boushie "look like a criminal and he 'deserved what he got.''' The news release said that people in the SUV had been taken into custody as part of a theft investigation. They were released without charges.

RCMP have said that in the future, Aboriginal police services will review all media releases regarding serious matters that involve Indigenous people or communities.

Chris Murphy, a lawyer for Boushie's relatives, has said the family will appeal the findings of the internal investigation to the independent Civilian Review and Complaints Commission for the RCMP. The commission is an independent agency created by Parliament.

The farmer charged in Boushie's death, Gerald Stanley, has pleaded not guilty to second-degree murder and is to stand trial next year.