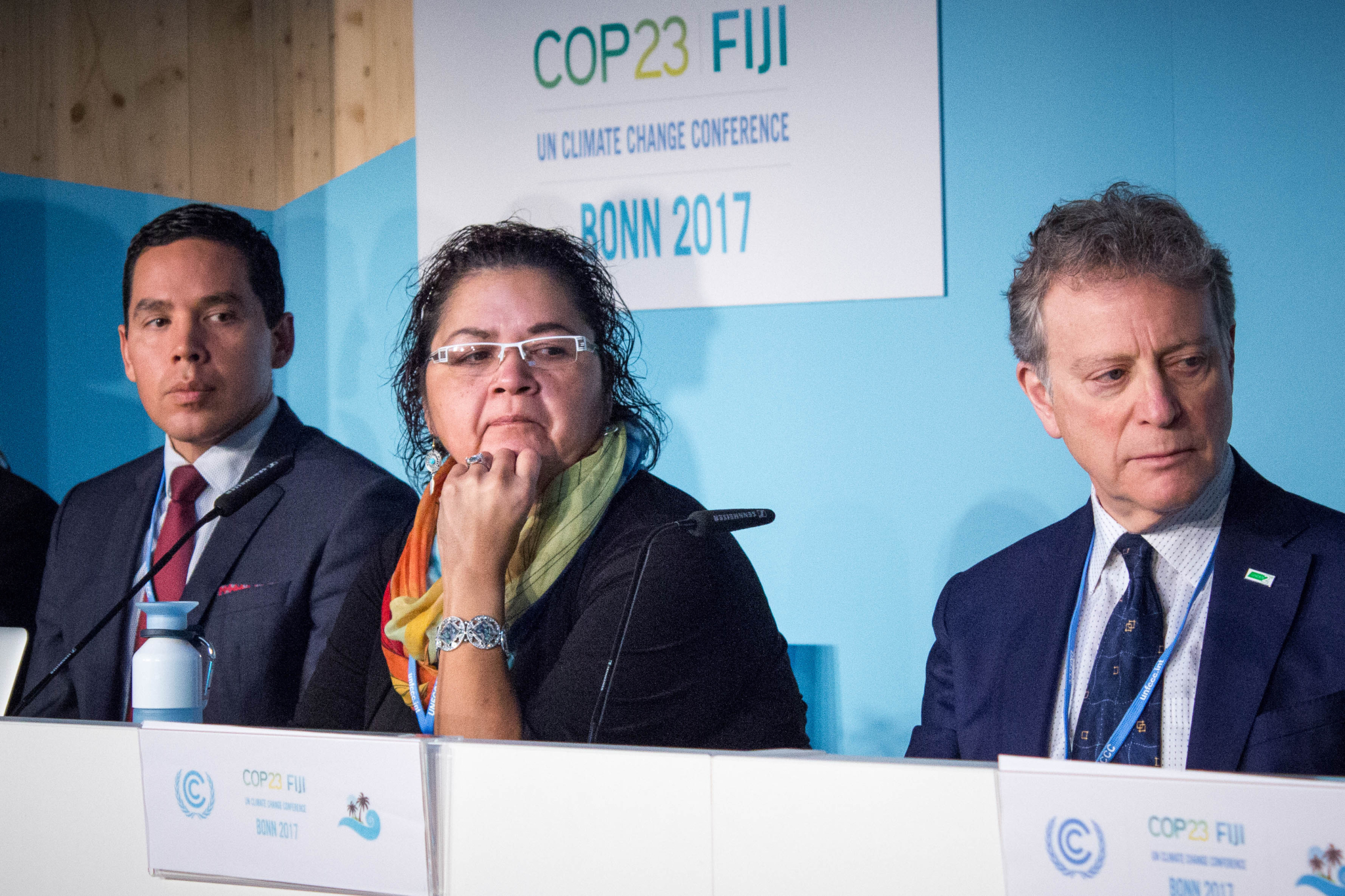 Imagine a future where all of Canada’s newspapers, TV, radio and online news outlets have decided to stop reporting on climate change.

What if the only source of information you had about this global crisis is coming from a far-right website?

That future may be closer than you think.

This month, National Observer was the only Canadian media outlet in Bonn, Germany, accredited to cover this year’s UN climate summit.

The only other coverage for Canadians was coming from someone peddling conspiracy theories outside the conference. She was sent by the far-right, climate-doubting Rebel Media. Yes, the same website in the news recently over its fawning coverage of white supremacists at the deadly protest in Charlottesville, Virginia.

I don’t know about you, but I find this profoundly disturbing.

I remember jostling every year with other journalists assigned to cover the annual summit. They came from outlets like the CBC, the Globe and Mail and my former employer, Postmedia News.

Sometimes, we’d be in a cat and mouse game back in those days, chasing after ministers in former prime minister Stephen Harper’s cabinet. They were usually ducking reporters to avoid mentioning “climate change” in public.

But if Canadian media outlets decide they aren’t willing to make the investment needed for comprehensive reporting, how will the public have the information and tools it needs?

If the only Canadian coverage comes from a website claiming that scientists are part of a massive world-wide conspiracy, what are the consequences?

At one point during the Bonn conference, another journalist from the United Kingdom approached me and asked where the other Canadians were. “Are your editors interested in your coverage here?” he asked.

The answer, of course, is... Yes. My editors are readers like you who subscribe to National Observer and demand that my colleagues and I cover the issue of climate change extensively and completely.

Readers like you who echo what French President Emmanuel Macron had to say as he waded through a crowd:

“The fight against climate change is by far the most significant struggle of our times.”

Although there weren’t any other Canadian reporters around, there was a strong contingent of people from Canada in Bonn. I spoke to Roberta Wesley, who is from Constance Lake First Nation, a community of about 1,000 people in northern Ontario.

She has observed many changes over the years. The changing climate and also local pollution that she believes was caused by mining or forestry companies.

“When we were kids, when Grandma said go get water, we wouldn’t even think (twice) about it. We would just take the bucket, and go down to the lake, get the water and come back and drink. Today, would I tell my grandkids to go get water from the lake? No. I’ll bring a water jug to camp. We’ll just use that water to boil.”

She said she grew up on the land and wants her children to learn this also, but it’s getting harder and harder.

“The men, they go out on the land, they see the ground is dry and they see climate change out there,” she said.

Stories like Roberta’s are not often told by other media outlets.

The fact that all of them chose not to cover the Bonn summit meant that they weren’t able to report on issues like these. Nor did Canadians get to hear what our politicians are up to. And that means the politicians are free from public scrutiny.

Canadians also missed all the success stories in clean energy. The UN conference is a dizzying showcase of exciting solutions.

I saw dozens of businesses that were demonstrating technologies that prove there are enormous economic opportunities ahead. I interviewed political leaders whose economies are cashing in and creating jobs.

Back in Canada, this opportunity rarely gets much coverage. Instead, we get gloomy stories where politicians accuse each other of not standing strongly enough for fossil fuel expansion.

Today, you have a choice.

You can send a message about what type of news you need by subscribing and helping us do more reporting like this.

Please subscribe today. Please pass this message on to your friends. And please share the news you read in National Observer so that we can write about things that really matter to you.

This is shocking and

This is shocking and completely wrong. Thanks for bringing it to our attention. I hope it drives subscriptions, but I also hope it shame other media into following these issues more thoroughly.

It's too late to deal with

It's too late to deal with other media. The "mainstream" can't exactly afford to report news correctly, and even then, they're still cutting back and ceasing operations.

On the other hand, other online sources for reporting are taking over. While this could mean a lot more "fake news", it's also an opportunity to start fresh with new and quality reporting.

Thank you for your coverage.

Thank you for your coverage.
May the world not suffer more, due to the willful blindness of others.