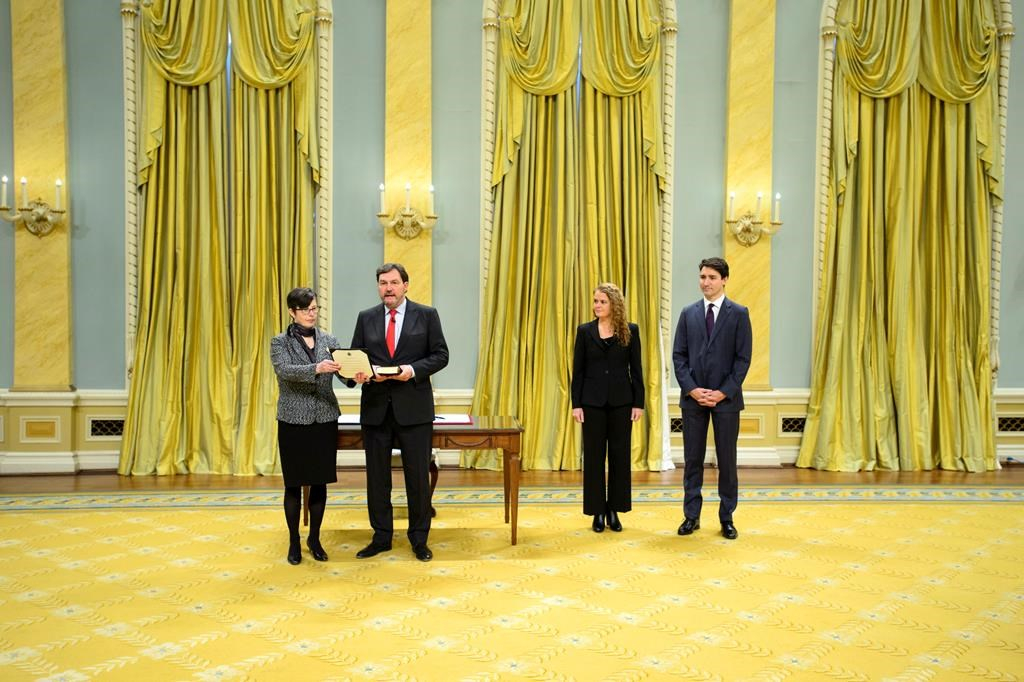 Governor General of Canada Julie Payette and Prime Minister Justin Trudeau presides over the swearing-in of the new Chief Justice of Canada, Richard Wagner during a ceremony at Rideau Hall, in Ottawa on Dec. 18, 2017. Photo by The Canadian Press
Previous story
Next story

The Quebec jurist was sworn in today as chief justice of the Supreme Court of Canada at a short ceremony at Rideau Hall.

Wagner takes over from Beverley McLachlin, who retired Friday after serving for 17 years as chief and a total of 28 years on the court.

Wagner was also sworn in as a member of the privy council in front of an audience which included his family, McLachlin, Gov. Gen. Julie Payette and Prime Minister Justin Trudeau.

Appointed to the Supreme Court by former prime minister Stephen Harper, the 60-year-old Wagner could hold the chief justice role for 15 years, should he opt to remain until the mandatory retirement age of 75.