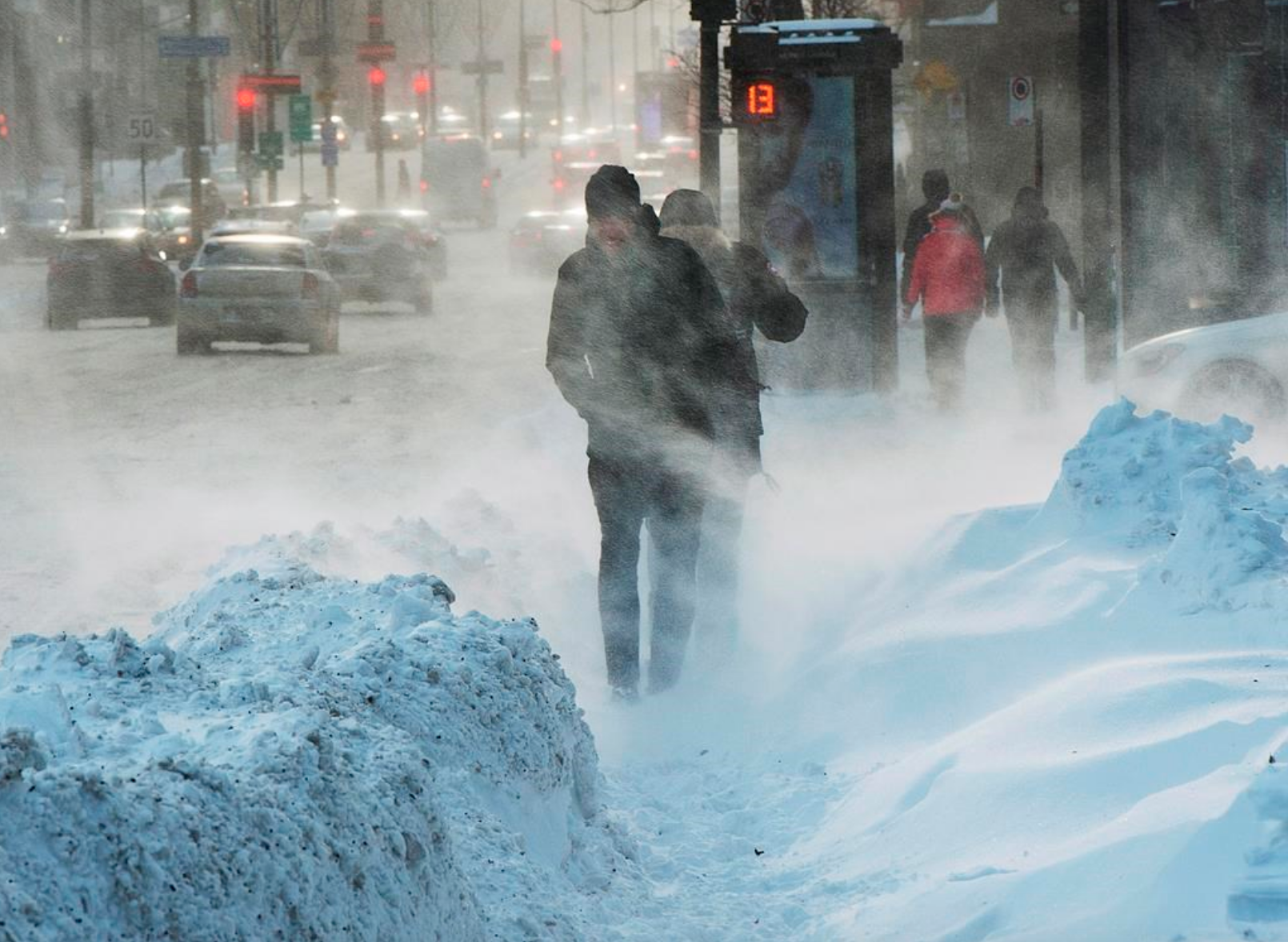 Commuters dress for the weather during extremely cold temperatures at the beginning of January 2017. Photo by The Canadian Press
Previous story
Next story

"All Canadians can now expect to pay more for everything." — Conservative party fundraising email

As Canadians shivered through a brutal cold snap in recent weeks, anyone on the Conservative Party of Canada’s fundraising list may have felt they had even more cause to shudder.

"Speaking of Liberals with their hands in your pockets, do you know what comes into effect tomorrow? Justin Trudeau’s carbon tax," warned a New Year’s Eve email from Dustin Van Vugt, the party’s executive director.

A week later came a second email, this one offering a familiar Conservative carbon−tax warning: "all Canadians can now expect to pay more for everything," it said.

"No matter where you live in Canada, you will be feeling the pinch from this Liberal tax grab."

But did the Liberal carbon price plan indeed take effect everywhere Jan. 1? And will it indeed raise the price on "everything" everywhere?

This one earns a rating of "a lot of baloney." Here’s why.

In 2016, Prime Minister Justin Trudeau moved on his campaign promise to introduce a national price on carbon, with plans for a levy of at least $10 per tonne starting in 2018, increasing to $50 per tonne by 2022.

Provinces have the space to implement their own systems to hit that benchmark, but those that don’t will see federal taxes added. Late last year, Environment Minister Catherine McKenna said provinces would have until September to submit their plans for review.

If they don’t meet federal expectations, Ottawa will top up or impose the federal plan on those provinces with a minimum price of $20 per tonne starting on Jan. 1, 2019.

At the end of 2017, four provinces had a carbon price plan already in place: carbon taxes or levies in Alberta and B.C., and a cap−and−trade system in Ontario and Quebec. Alberta is the only province that changed its plan on Jan. 1, raising the price from $20 to $30 per tonne.

Alberta’s estimates suggest a two−parent family with two children will pay another $67.50 for home−heating natural gas this year, another $100 to fill their gas tanks, and between $70 and $105 more for other things.

If that same family earns less than $95,000 a year, it already receives up to $360 annually in a direct carbon levy rebate from the provincial government to help offset the costs of the carbon tax — a rebate that will increase by up to $180 a year in 2018.

Everywhere else in Canada, nothing else changed on Jan. 1 at all. Indeed, the federal government has yet to even introduce the legislation that would allow it to impose a carbon plan on those provinces without one. It is expected in the coming months.

Simply saying the price of everything will go up isn’t telling the whole story, said Chris Ragan, a McGill economics professor and the chair of Canada’s Ecofiscal Commission.

Electricity produced from renewable sources, such as hydroelectricity or wind power, won’t be charged a carbon price because it doesn’t generate emissions; only 20 per cent of Canada’s electricity supply comes from burning fossil fuels.

Gasoline, home heating fuel and diesel will be directly affected. The impact on consumer goods that don’t contain carbon themselves will be harder to measure, but companies that pay more for electricity for manufacturing, or for the gasoline to ship their products, could pass some of those costs to consumers.

Services like health care, insurance, legal fees and mortgages comprise about 70 per cent of where Canadians spend their money, Ragan added. Any carbon−related increase in those services would likely be very small to negligible, he said.

For example, even if an insurance company has to pay more for its heat and electricity, dividing those costs among its customers won’t result in an increase of more than a few cents.

"I guess in principle, I would probably say there is nothing where the price won’t go up, but in practice there will be a whole range of things where you won’t even notice a price increase."

Jennifer Winter, the director of energy and environmental policy at the University of Calgary’s School of Public Policy, wrote a blog post last spring estimating the impact in each province of the carbon price.

At $50 per tonne, a rate not expected for another five years, the indirect impact of a carbon price on non−carbon−related goods and services would average about $186 a year. According to Winter, the total impact would be an average of $853 at $50 a tonne by 2022.

In provinces where electricity mostly comes from renewable sources, power bills won’t be affected, so at $50 per tonne, Manitoba and Quebec ratepayers won’t pay anything more because of a carbon price, while those in B.C., P.E.I. and Ontario will pay an average of $5, $7, and $28 more per year, respectively.

Only one province saw a carbon price change on Jan. 1, and it wasn’t directly related to the federal government’s carbon price policy. That policy won’t enforce a minimum price on carbon everywhere for another year.

Only Canadians living in Alberta would be impacted by a carbon price this month, not all Canadians.

Also not everything will be impacted. Electricity generated by renewable sources won’t be touched. And while most products and services could go up directly or indirectly because of the carbon price, the impact on the majority of what Canadians spend money on will be small — and, in many cases, offset by rebates.

For these reasons, this statement earns "a lot of baloney."

Pleased to hear the knee-jerk

Pleased to hear the knee-jerk reaction can be proven wrong. But even if we are paying more, it is an obligation that we owe to the future, retroactive payment for our wastefulness and carelessness. We should have started this fifty years ago. Now it is going to cost. People can fiddle in denial while our world burns, but the reality is that our civilization is teetering on the edge of the abyss. Earth will still be here in a hundred years but we may not,.

If provinces such as BC and

If provinces such as BC and Quebec that rely heavily on electrical generation from large hydro dams were required to pay carbon tax on what are and have been huge greenhouse gas emitters perhaps there would be more political pressure to develop other less costly, destructive and sustainable power options. SiteC and Muskrat Falls being starkly obvious examples.