By The Canadian Press | News, Energy, Politics | January 20th 2018
#759 of 1808 articles from the Special Report: Race Against Climate Change 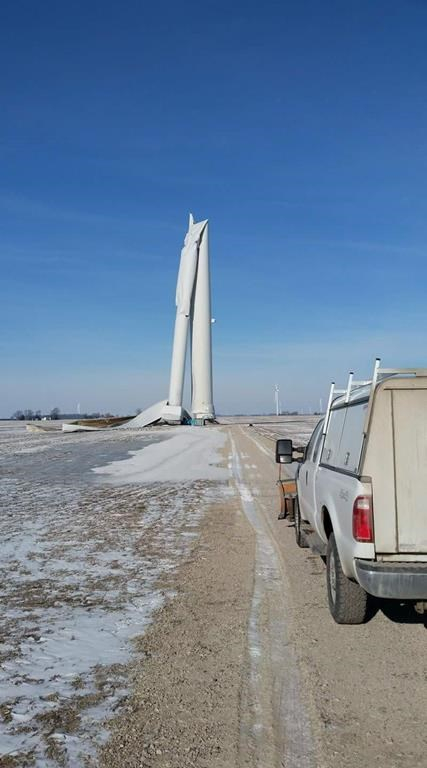 A Maryland-based renewable energy company is investigating after one of its wind turbines collapsed in southwestern Ontario.

Chad Reed, a spokesman for Terraform Power, said it happened late Thursday or early Friday at the company's Raleigh project in Chatham-Kent.

"The issue did not cause any injuries or impact to the broader community," Reed said in an email Friday.

"We are currently investigating the cause of the issue. In the meantime, we have secured the immediate area around the turbine and taken the full facility off-line as a precaution as we conduct a site inspection."

Monte McNaughton, a provincial lawmaker for Lambton-Kent-Middlesex, posted what he said was an image of the collapsed turbine on Twitter.

The Progressive Conservative politician called on Ontario's Liberal government to place a moratorium on two other wind projects in the region.

The Chatham-Kent Police Service did not immediately respond to a request for comment.