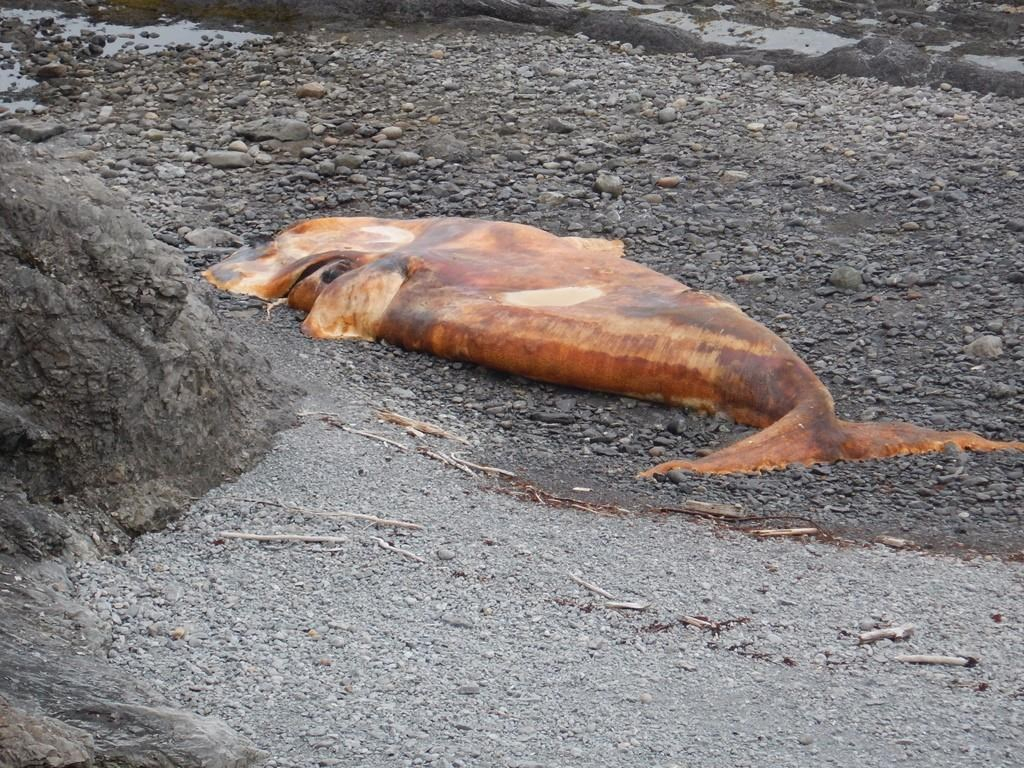 A dead North Atlantic right whale is shown in this undated handout image in the River of Ponds area in western Newfoundland. Handout photo by Fisheries and Oceans Canada
Previous story
Next story

The federal fisheries minister has announced four immediate measures for the crab fishery in an effort to protect North Atlantic right whales from entanglement with fishing gear.

Dominic LeBlanc says new rules will greatly reduce the amount of rope that can be left floating on the surface when crab pots are set to just 3.7 metres.

Other new rules will require gear to be colour-coded, based on the area where they are used, and each piece of equipment must have serial numbers to identify the owner.

Any lost gear must be reported, along with its last GPS location.

A number of the 17 confirmed right whale deaths in Canada and the United States last year were the result of entanglement in fishing gear, and LeBlanc says he saw too much abandoned or lost gear floating in the Gulf of St. Lawrence after last year's season.

There are roughly 450 right whales left in the world, and officials have warned that number is declining.

LeBlanc says he'll soon be announcing further measures, including the number of traps to be allowed this season, and efforts to clear ice so boats are able to begin their season sooner.

By Patrick Whittle | News, US News, Politics | December 12th 2017
State Of The Animal