By Clothilde Goujard | News | February 8th 2018
#1 of 5 articles from the Special Report: Europe on Alert 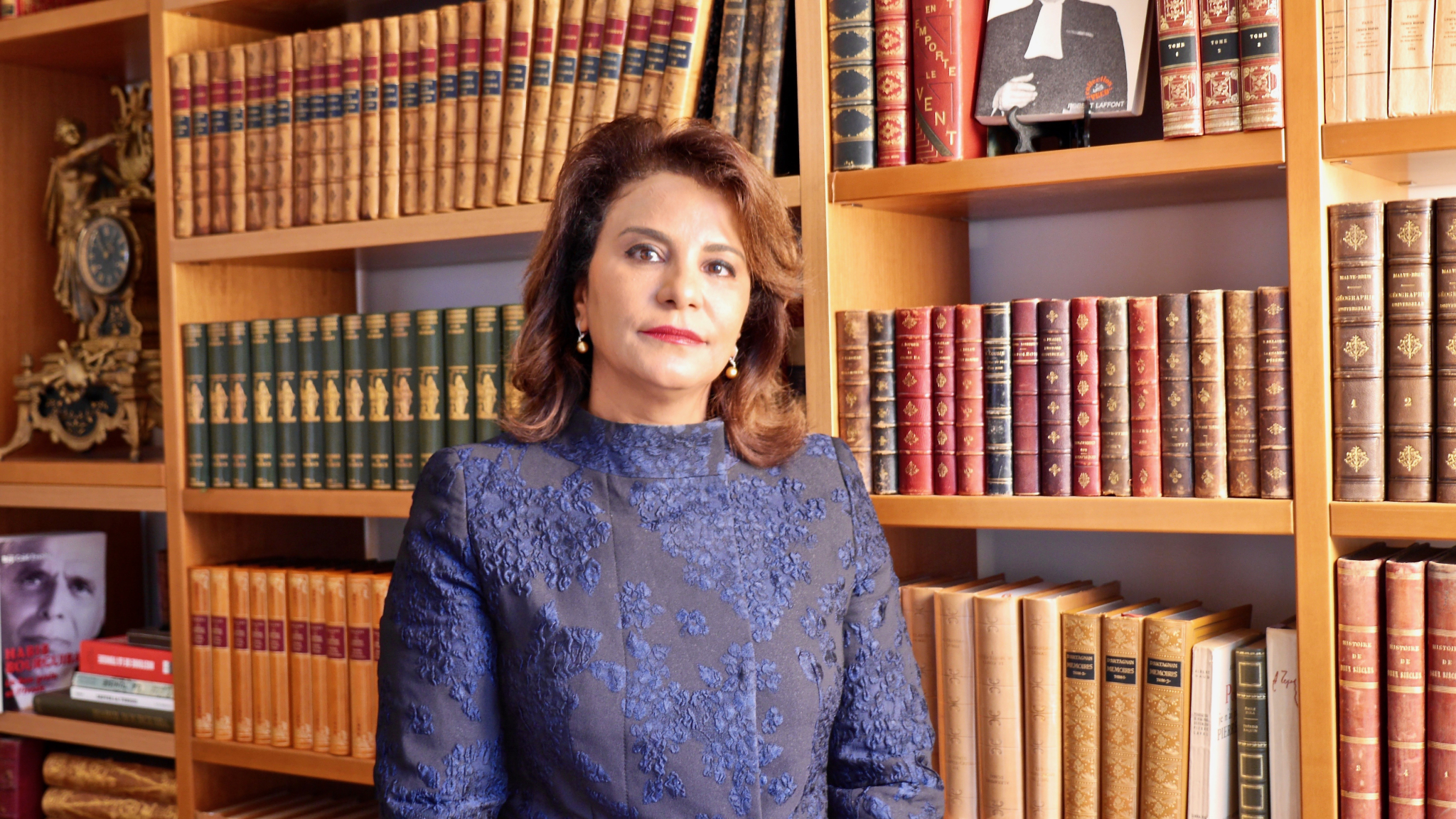 Samia Maktouf, a French-Tunisian lawyer, started helping victims of terror attacks in 2012. She is seen here in her Paris office on Dec. 7, 2017. Photo by Clothilde Goujard
Next story

The 54-year-old French-Tunisian had a general law practice with an interest in corporate cases for nearly two decades before her career took a drastic turn in spring 2012.

A month after a series of terror attacks in France in mid-March that year, Maktouf met Latifa Ibn Ziaten at a commemoration for some of the victims. Ibn Ziaten's son was one of them. She called Maktouf at her office a few days later and asked if she would become her legal advisor.

That was the day Maktouf says she abandoned her role as an “aghast spectator” and started fighting hatred.

Maktouf left Tunisia at the age of 18 to study law in France because she admired the country’s democratic ideals. When the terror attacks started, she thought her passion and legal skills could be useful to victims.

“When terrorism came to France, to Europe and the world, I didn’t feel I had any choice but to contribute with my skills, on one hand to help these victims and on the other to fight against terrorism,” she told National Observer during an interview in Paris in December last year.

Maktouf has now represented dozens of victims of terrorist attacks, led mostly by ISIL and Al-Qaeda, in France over the last few years. She and office colleagues are helping families and survivors of the Jan. 9, 2015 attack on a Jewish grocery store in Paris, the Nov. 13, 2015 Paris attacks in which 130 people were killed and 250 injured, and the Bastille Day 2016 attack in Nice in the south of France.

Terrorism on French soil is not new. The country was hit by other attacks before the emergence of Islamic radical groups such as Al-Qaeda and ISIL. But an increase in frequency of terror attacks over the last five years has sparked new worries and growing feelings of insecurity.

This lawyer's days as an “aghast spectator” were officially over.

In 2016, 32 per cent of 16,000 people surveyed considered terrorism and terror attacks as the most concerning problem for French society, compared to four per cent in 2012, according to an annual polling by the National Observatory of Delinquency and Criminal Responses. Prior to the uptick in attacks, for more than a decade, the biggest concern of survey respondents had been unemployment.

Some critics say the new laws undermine civil liberties, but 57 per cent of 1,020 people favoured them in a poll conducted in September 2017. A media report by Agence-France Press said the laws didn’t spark much public controversy, since France remains “traumatized” by attacks that have killed more than 240 people in two years.

Meeting 'one mother after another'

Maktouf has been on the frontlines since then, accustomed to "one mother after another" coming to her office or calling to ask for help following each terror attack. She recalled arriving early to work the day after the attack in Nice and receiving a call from a mother of two who'd been injured.

“She asked for my help, she was in disarray,” said Maktouf. “I didn’t even have to think.”

She agreed to provide legal advice even though she had asked her team to stop accepting new clients because of their current work overload. The lawyer helps clients apply for compensation from the state or insurance claims, and has called for extradition of an accused terrorist who was arrested in Syria by Kurdish militia. She also represents clients during trials as civil parties seeking compensation and providing testimony.

Maktouf will represent dozens of families of victims who died in Bataclan concert hall attacks in 2015 in trials. In the first one, which began Jan. 25, Jawad Bendaoud, is accused of harbouring two members of the group that attacked in Paris in November 2015. The trial of Salah Abdeslam, an accused terrorist who was caught in Brussels after months in hiding, opened on Feb. 5 in Belgium. He is charged with attempted murder of several police officers, and of carrying of weapons in a terrorism context.

No date is set yet for his subsequent trial in France related to the Bataclan attacks.

More than 2,500 people have been compensated

Families and survivors usually meet Maktouf in her office, which has boxes of tissues, water and glasses in the middle of a table, to seek assistance for compensation claims from the state. Two years after the Nov. 13, 2015 attack in Paris, 2,579 victims — close relatives of deceased and survivors with physical or mental injuries — received collective compensation of €64 million.

Getting compensation can be complicated. Victims and families have to prove their claims and fill out tough documents that can “knock them down,” said Maktouf, especially as they grapple with immediate expenses for funerals and medical care. Maktouf has clients whose husbands were the family breadwinners and are struggling to pay for their children’s school fees and food, while trying to deal with their grief.

Maktouf and other victims' lawyers and associations have publicly asked the French government to increase staff and funds to tackle a backlog in the compensation system. The government said the system is still being adapted to the unusual situation and large number of victims’ applications.

Two days before the interview National Observer, the widowed mother of a deceased victim who was originally from Bulgaria came to Maktouf asking for help.

“This woman was alone and had to face the demands of an inhuman administration,” said Maktouf. “She had never filled out any document. She did not know what to do, how to answer questions.”

Maktouf was also taken aback by another client, Omar Dmoughi, having to fill out paperwork even though he was in such shock he couldn't speak or concentrate. Dmoughi was a security guard at the Stade de France, a stadium in the Paris surbubs. In November 2015, he tried to block a jihadist from entering the stadium where people were watching a soccer game, and the jihadist blew himself up right next to him.

“I had to ask two of my colleagues to help us file stacks of documents… so that (Dmoughi) could be recognized and compensated as a victim,” she said.

Once survivors leave the hospital, Maktouf said, lawyers are often the only professionals from whom they can get advice. Families are too often left in the dark to deal with the unexpected situation, she added.

“When they arrive, my duty is to unburden them of their misery and trouble because nothing prepared them to live these dramatic situations.”