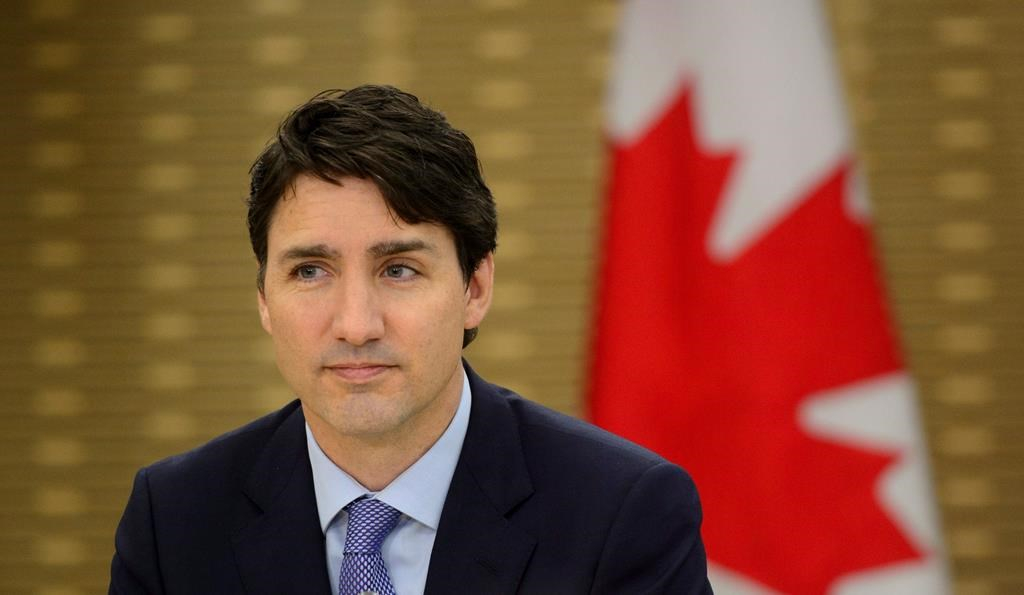 The Trudeau government is facing pressure on several fronts to lead an international ban on the use of autonomous weapons, the so-called "killer robots" that some fear could result from artificial intelligence run amok.

The calls come as Canada hosted a G7 meeting this week in which ministers from the world's richest economies pushed AI as the key to kick-starting growth and jobs of the future — a discussion that largely skirted the technology's darker implications.

The international campaign for a treaty to ban autonomous weapons, as well as some of Canada's leading AI innovators, say the Trudeau government can't continue to discount the threats from the emerging and pervasive technology as it tries to use it an engine of economic growth.

The ministers concluded their two days of meetings in Montreal affirming their support for a common vision for AI, agreeing to hold a conference on the subject in Canada this fall to launch the G7 Future of Work Forum.

At the Montreal meeting, employment and innovation ministers looked at how governments can help companies take part in the digital economy.

Paul Hannon, the lead Canadian on the international Campaign to Stop Killer Robots, said the economic gains that G7 hopes to realize through artificial intelligence will be undermined if it continues to ignore the threats posed by the creation of weapons that can decide when to attack, and who to kill.

Hannon urged the Trudeau government to use its G7 presidency to push for a treaty that would ban the use of autonomous weapons before they are ever developed. All G7 countries and about 100 more will be participating in a major UN meeting in April that will discuss the possibility of beginning negotiations towards a treaty to ban the weapons.

"I'm hoping that these discussions in the UN will push Canada to having a national policy. And that national policy should bring in all the experts, stakeholders and relevant departments so we have a full understanding," Hannon said Thursday.

"It's important that the G7 recognizes that as well as all the positive things they are expecting, there are possibilities for bad things to happen."

Some of Canada's leading AI innovators and researchers are also calling on Prime Minister Justin Trudeau to lead an international ban on lethal autonomous weapons that have no meaningful human control.

"As many of the world's top AI and robotics corporations — including Canadian companies — have recently urged, autonomous weapon systems threaten to become the third revolution in warfare," said the November letter to Trudeau, signed by 200 AI innovators.

"The deadly consequence of this is that machines — not people — will determine who lives and dies."

Two of the letter's most notable signatories are Yoshua Bengio, the Canada Research Chair in statistical learning algorithms at the University of Montreal, and Geoffrey Hinton, the Toronto-based engineering fellow at the Google Brain Team and the chief scientific adviser of the Vector Institute for Artificial Intelligence.

Bengio and Hinton are widely regarded as two of the world's leading AI pioneers, and two reasons why the Trudeau government is trying to leverage Canada's competitive advantage in the sector to generate economic growth.

The government wants to make Canada a leader in AI as part of its broader innovation agenda, but has shied away from addressing the question of regulating or banning widespread military use of the technology.

Bengio and Hinton and their fellow signatories have told Trudeau that's something he can no longer avoid.

"The strong leadership that Canada continues to demonstrate through its focus on technology and innovation will ensure our reputation as an international leader in the technological development of AI only if it also includes considerations of the broader legal, ethical and social implications," the letter says.

Trudeau's office did not immediately respond to a request for comment Thursday.

A communique issued this week by the G7 ministers in Montreal said "increasing trust in the adoption of AI" is necessary to fuel growth. That includes a series of considerations, including gender, privacy protection and education about the impacts of the technology.

Embedded deep in that paragraph is one more consideration: "efforts to prevent the misuse of AI applications that could cause harm; initiatives, notably those led by industry, that promote guidance on human intervention in AI decision-making processes, among others."

Hannon and the innovators letter to Trudeau noted that Canada needs to show the same high-profile global leadership it displayed two decades ago in pushing for the treaty that eventually banned anti-personnel landmines.

"Canada is still seen as an honest broker, as a country that others can trust," said Hannon. "They could play an important role in getting these issues on the table, and getting past the platitudes and simplistic statements."