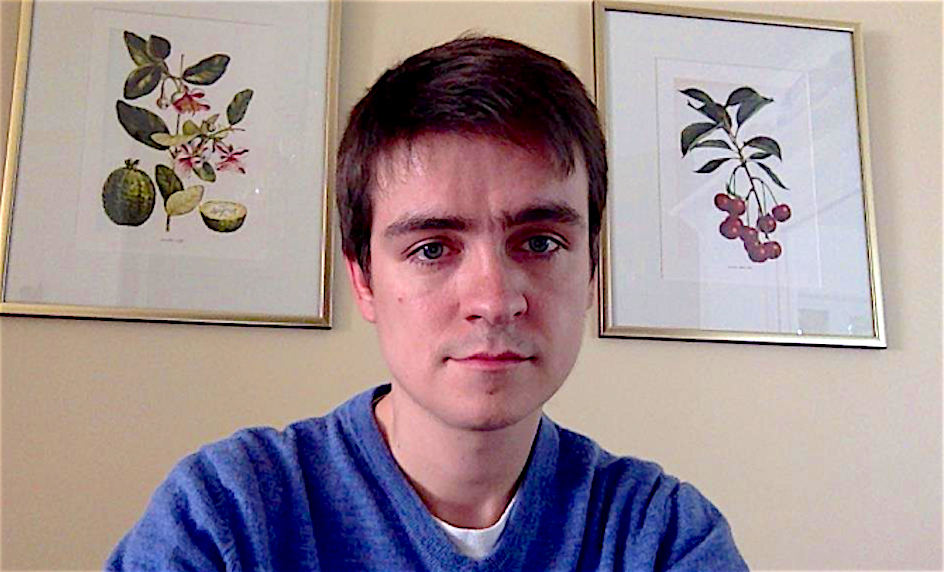 When police dug through the bowels of Alexandre Bissonnette's Internet history, they found something incredibly disturbing – but not necessarily surprising.

According to evidence presented in court on Monday, the 28-year-old, who gunned down six innocent men in prayer at a Quebec City mosque last year, was obsessed with Donald Trump and searched for the U.S. president online more than 800 times between Jan. 1 and Jan. 29, 2017, the day of the harrowing shooting. He also browsed regularly for Muslims, mass murderer Dylann Roof, mass shootings, feminists, and a plethora of far-right conspiracists and pundits.

Bissonnette’s motives, clearly outlined during his confession and the 45-page report on the contents of his laptop, show a young man under the steady influence of far-right and anti-immigrant voices; a man clearly alarmed by Muslims, fearful of 'others,' and ultimately radicalized.

One day after Prime Minister Justin Trudeau tweeted that he was ready to welcome immigrants fleeing persecution, terror and war, and two days after Trump ordered his anti-Muslim travel ban, Bissonnette went to the Quebec City mosque to commit a heinous crime.

“I was watching TV and learned that the Canadian government was going to take more refugees, you know, who couldn’t go to the United States, and they were coming here," he told Sûreté du Québec Sergeant Steve Girard in an interrogation clip that played at his sentencing hearing on Friday. "I saw that and lost my mind. I don’t want us to become like Europe. I don’t want them to kill my parents, my family.”

He was an extreme-right Internet junkie, and his addiction helped turn him into a monster.

Assigning blame in the midst of tragedy

There’s no question that a complex variety of factors played into Bissonnette's decision to murder those innocent people. Some will point to his vulnerable mental health, his anti-anxiety medication, his suicidal tendencies, and his tenuous grip on reality, and urge caution in assigning motivation and blame.

Indeed, there is often no way to positively link – beyond a shadow of a doubt – any possible set of influences on a person’s life and the straw (or straws) that broke the camel's back. This exercise has been performed time and time again south of the border on many (predominantly male, predominantly white) mass shooters, whose compulsion to kill innocents appears a mystery.

It’s human nature to try and understand what so often cannot be explained, to untangle that thread of confusion and chaos and somehow reach a foolproof conclusion that can protect us all. Because it’s horrifying to realize that sometimes we can’t make sense of the senseless, and that the human element is so unpredictable and so volatile that we have no tangible way of preventing the monsters among us from surfacing and doing their damage.

Other times, it makes perfect sense.

It’s almost impossible to look at the string of anti-immigrant hate emanating from the extensive list of Islamophobic far-right personalities Bissonnette routinely consulted online, and not conclude that they influenced his world view, encouraged his obsessions, and fed his fears.

Evidence presented at Alexandre Bissonnette's sentencing hearing this morning includes a list of some of the Twitter accounts he was checking in the month before he killed six men at a Quebec City mosque. pic.twitter.com/Xdew4HbjkQ

For those unfamiliar with these pundits and their angry online rants, Ben Shapiro is the man who once claimed there are currently 800 million radicalized Muslims among the global Muslim population of 1.6 billion. Fact-checking website Politifact called this statement “completely false,” although the people consulting these sites don't tend to be the sort who fact-check. When Alex Jones isn’t busy having meltdowns on YouTube, he spreads deeply damaging conspiracy theories that accuse the U.S. government of being involved in the Oklahoma City bombing, the 9/11 attacks, and fake moon landings through his conspiracy website, Infowars. A staunch opponent of gun control, he claims the Sandy Hook Elementary School shooting never happened.

All the far-right pundits Bissonnette followed are responsible for spreading anti-Muslim hate. Is it really such a surprise that when you feed a troubled mind a steady diet of far-right media junk food, the end-result will be a fearful, angry, suspicious person who looks to violence as a solution?

It’s deeply troubling to realize that the final straw, the piece of information that propelled Bissonnette over the edge, was seeing Canada’s welcoming and inclusive response to Trump’s travel ban. Even if we don’t quite know – step by step – how the perfect storm was created, the combination of right-wing fear-mongering, racism and blatant Islamophobia (often fuelled by politicians trumpeting this fear for self-serving reasons), eventually contributed to this tragedy.

This idea that he had to protect what was his from an outside threat, which often results in anti-immigrant sentiments, is referred to as “othering.” It’s a hate, demonization and distrust of anyone coming from elsewhere.

If not a monster, then what?

This isn’t the first time the contents of a killer’s Internet suitcase have been scrutinized in search of desperately needed answers.

In the trial for Darren Osborne, the man who drove a van into a crowd of Muslim worshippers in England last year, the Crown heard how his obsession with Muslims prompted him to start gorging on far-right material online. Police said this father of four became "brainwashed" in a month after obsessively reading posts by the former far-right English Defence League leader Tommy Robinson, Britain First and other extremist groups. Robinson, it should be noted, was also associated with Canada's Rebel Media at the time.

This leads us back to the Quebec City shooting, and the question: are the people who spout these hateful views ultimately responsible for the actions undertaken by consumers of their vile rhetoric?

Bissonnette was undoubtedly a troubled young man. His computer records show he was a product of the news he was fed, a product strengthened by local hate groups and often normalized by politicians who treat immigrants and refugees as irksome problems to be solved.

Nevertheless, he owned his actions and wished for more.

Bissonnette actually told a prison social worker he regretted not killing more people the night of the attack, it was revealed in court on Monday. But he also told a police officer that he’s “not a monster” and he’s “not a terrorist.”

Given his clear fear of Muslims however, the steady diet of hate he fed himself, and its deliberate violent outcome – what else is he but not both of those things?

If Bissonnette had been a Muslim ISIS militant, that description (and that charge) would have been easily his. But he’s not. He’s a young white man, with a face many consider incompatible with the word 'terrorist.'

Those who prefer to treat Bissonnette as an isolated case whose actions had absolutely nothing to do with the steady diet of hate he consumed are placating themselves.

In Hegemony or Survival, Noam

In Hegemony or Survival, Noam Chomsky argues that the socio-economic elite who control the United States have pursued a strategy to maintain global hegemony since the end of the second World War, at the expense of democracy and human rights. Hence, the pursuit of weapons of mass destruction which now threatens the existence of the human species.

“The gun culture permits a dispossessed public, sheared of economic and political power, to buy a firearm and revel in feelings of omnipotence. A gun reminds Americans that they are divine agents of purification, anointed by God and Western civilization to remake the world in their own image." Chris Hedges, Truthdig.

Those who are not in the elite may feel powerless because that is the message from Government and Corporate funded media. The repeated mantra that favours oil pipelines because we need the jobs and we must build them for the economy is a corporate fed lie that even our politicians spout.

Canada needs more conversations that value education and mental health as well at the environment. Society needs to nurture the children to know they belong here and they are not just another unit on a spreadsheet.

"...and the question: are the people who spout these hateful views ultimately responsible for the actions undertaken by consumers of their vile rhetoric?..."

No, because they might or might not actually believe what they say. The ultimate responsibility lies on politicians who allow this rhetoric to go *unchallenged* into the homes and brains of the thousands of uneducated and frustrated people all to avoid controversy and prevent the loss of a few votes. It's our system and we should own it.

What is encapsulated in both

What is encapsulated in both these articles about the cause and efffects of the Quebec Mosque shooting spree are the main dissonent and disruptive vortices of human evolution. The "fear factor" embedded in our genetic makeup, the flight or fight instinct as it is sometimes called, is one of those evolutionary drivers, like sexual reproduction, that is universal to humankind, and much of life on earth.

Fear of "the other" - sits at the base of the nervous system. Despite eons of existence, humans have not managed to eradicate, let alone control this fundamental instinct. Instead over those eons of development, fear has manifested itself in a bewildering array of behaviours, fear, leading to hate and rage and violence. Endlessly repeated. Fear, leading to subjugation, oppression, delusions of superiority and inferiority. Fear, weaponized to to create chaos, war, annhilation. Fear, at every step of the life experience, drives the violence that determines survival. Fear is almost always involved in most forms of mental disfunction. The fear we have identified as anxiety, the inability of the human brain to regulate fear seems to be a modern plague - but has been part of our beings from the beginning.

As our understanding of how human brains work increases, so does our ability, our facility at manipulating the fear that lies at our cores. If we wilfully fail to recognize and deal with these instincts; as we continue to ignore the consequences, so shall our attempt to create a civil, psychologically stable species fail.