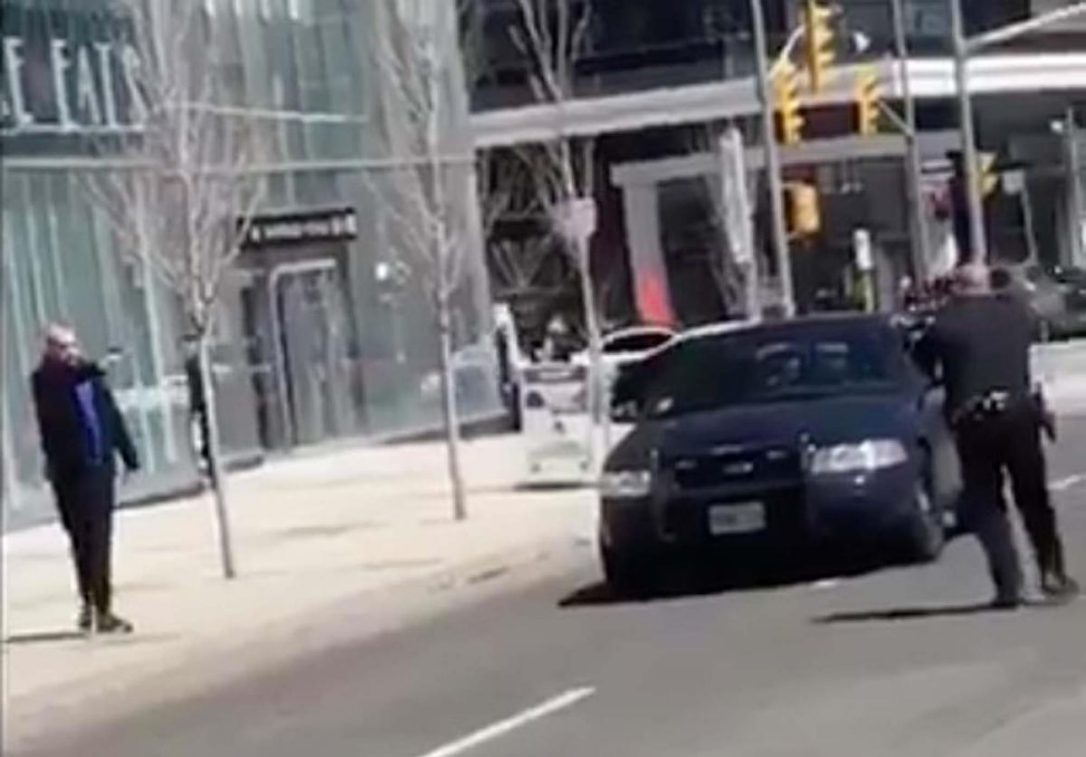 A Toronto police officer approaches a suspect who is alleged to have driven a van on a sidewalk, killing pedestrians in Toronto on April 23, 2018. Image from YouTube video
Previous story
Next story

"Not me. No connection," Richmond Hill resident Alex Minassian angrily posted on Facebook, as media started to bombard him with messages after mistaking him for Alek Minassian — the alleged suspect arrested after a van rammed into pedestrians on Yonge Street in downtown Toronto. "NBC, ABC, CBC, stop harassing my friends and family."

Minassian said he'd been contacted by numerous media outlets, and had his name and information linked by a number of media outlets, after he was misidentified by media as the suspect. Toronto Police tried to clarify with a tweet:

The correct spelling of the arrested male in the Yonge And Finch incident is Alek Minassian, 25 of Richmond Hill. ^sm

But earlier in the day, it too had misidentified the name as "Alex" instead of "Alek," causing confusion. It later tweeted the correct spelling.

"I am not the person who committed these acts," he told National Observer. "My name and accounts were linked and shared across a variety of online platforms, and while I carry no ill-will towards these people, I hope they use this as a lesson before spreading fake news again. The actual suspect is in custody."

"I'd also like to note that I don't consider myself a victim in any way. The real victims are the victims of this tragedy."

He added, "I'd also like to note that I don't consider myself a victim in any way. The real victims are the victims of this tragedy."