Why I protested against Kinder Morgan's Trans Mountain pipeline expansion 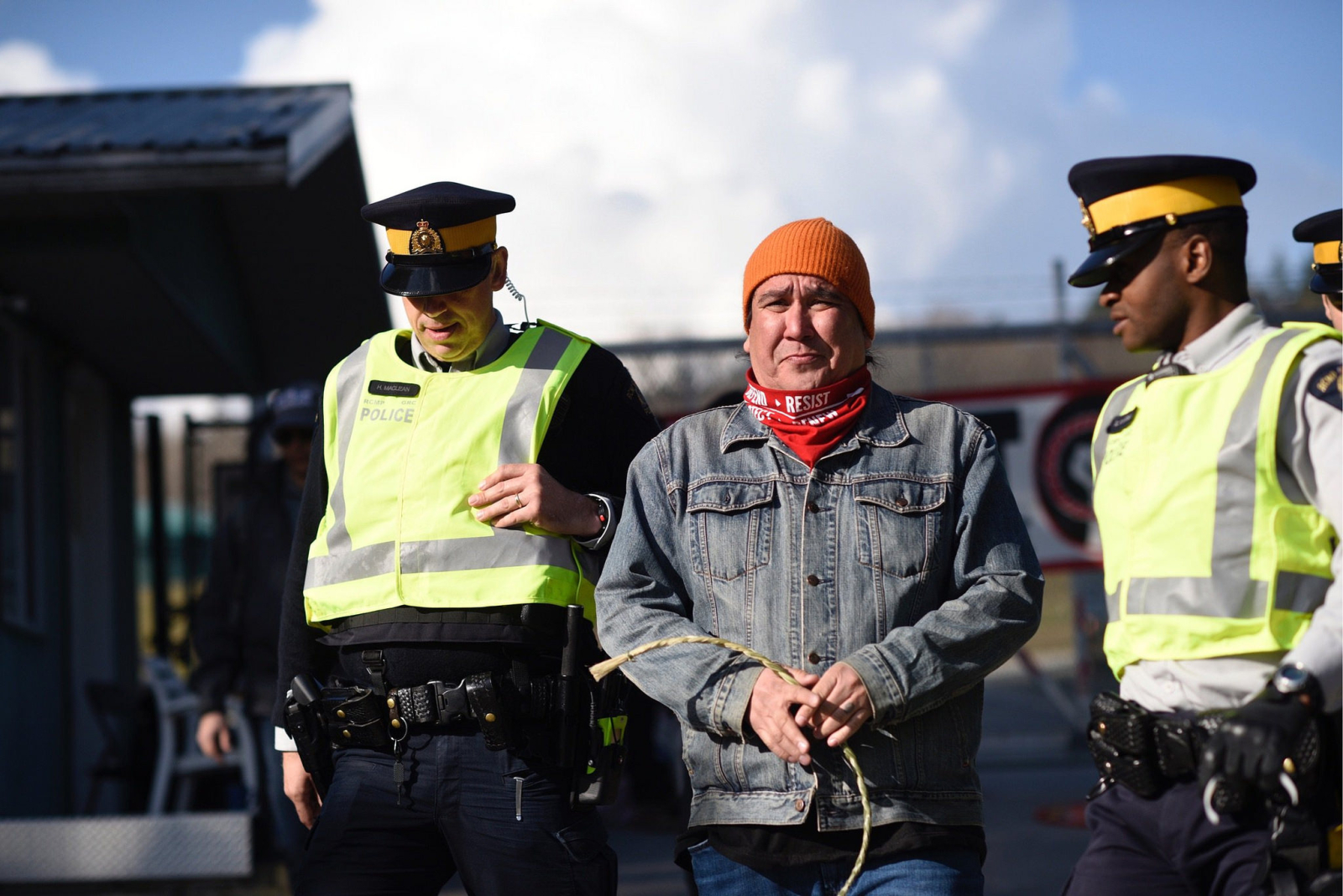 There are two types of laws: just and unjust.

Dr. Martin Luther King Jr. wrote those words on April 16, 1963, while languishing in a Birmingham jail cell. He had been arrested four days earlier, leading a Good Friday procession through the streets of Birmingham, Alabama. His words, written nearly six decades ago, ring true today.

Dr. King was writing to pastors who had urged him to stop nonviolent protests, calling them “unwise and untimely” and accusing him of fomenting unnecessary conflict. With patience and deliberation, he explained there are unjust laws – “human law that is not rooted in eternal law and natural law.” And they must be opposed.

In our fight to protect the water, land, and climate from the Kinder Morgan pipeline, unjust laws are becoming the law of the land.

In late 2017, the National Energy Board – with support from Justin Trudeau and his cabinet – granted Kinder Morgan permission to flout local and provincial laws, permitting process and regulations that should apply to their pipeline construction. A year before that, Trudeau broke his own promise that while “governments grant permits, only communities grant permission,” instead greenlighting the pipeline project against the fierce opposition of the Coast Salish peoples. And, the entire plan defies the laws of physics that we cannot put more carbon into the atmosphere without considering how this pipeline makes it near-impossible to meet Canada’s climate commitments.

So what can we do? Dr. King showed us the way.

Days before he wrote his letter, he was arrested. He was arrested because his actions defied a local judge who had approved a sweeping injunction against "parading, demonstrating, boycotting, trespassing and picketing."

Sound familiar? It should.

In March, the British Columbia Supreme Court granted Kinder Morgan, a Texas oil company, an injunction against protests at their Burnaby facilities.

For those who wondered where we would stand when history came knocking on our door, we recognized this as one of those moments and took bold action at the gates of Kinder Morgan. Over a week of sustained actions, people from all walks of life - 168 in total - were arrested and charged with criminal contempt of the Supreme Court of British Columbia, myself included.

A Texas oil company has been given permission and permits to ignore the laws of this land. Right now in Ottawa, Justin Trudeau’s government is apparently planning to table new laws to try and push this pipeline through. Meanwhile, the rest of us were subjected to an injunction and now a very serious charge of criminal contempt, all with support from a federal government that is stripping us of our rights.

Trudeau broke his own promise that while “governments grant permits, only communities grant permission,” instead greenlighting the pipeline project against the fierce opposition of the Coast Salish peoples, says @CreeClayton #Indigenous

That’s why we have to show that going all-in on Kinder Morgan will cost the Liberals, both in B.C. and across the country. Together, Indigenous and non-Indigenous peoples need to take action, showing their Members of Parliament that there are thousands of people across Canada ready for real climate action, climate action that respects Indigenous rights and keeps fossil fuels in the ground. In fact, many people are already taking action, organizing rallies at their local MP offices in the lead up to Kinder Morgan's investor meeting on May 9.

As the child of a single mother, my mom used to point to history for the men she thought could teach me what I needed to know without a father.

One of those men was Chief Dan George, a leader from the Coast Salish people leading the fight against Kinder Morgan, one of the greatest Indigenous rights and land defenders in contemporary Canadian history, and my childhood hero. The other man was Dr. King.

To walk in the path of these men, some of my own heroes, is something I want to model for my own sons. But neither of these men ever walked this path alone, and neither can any of us.