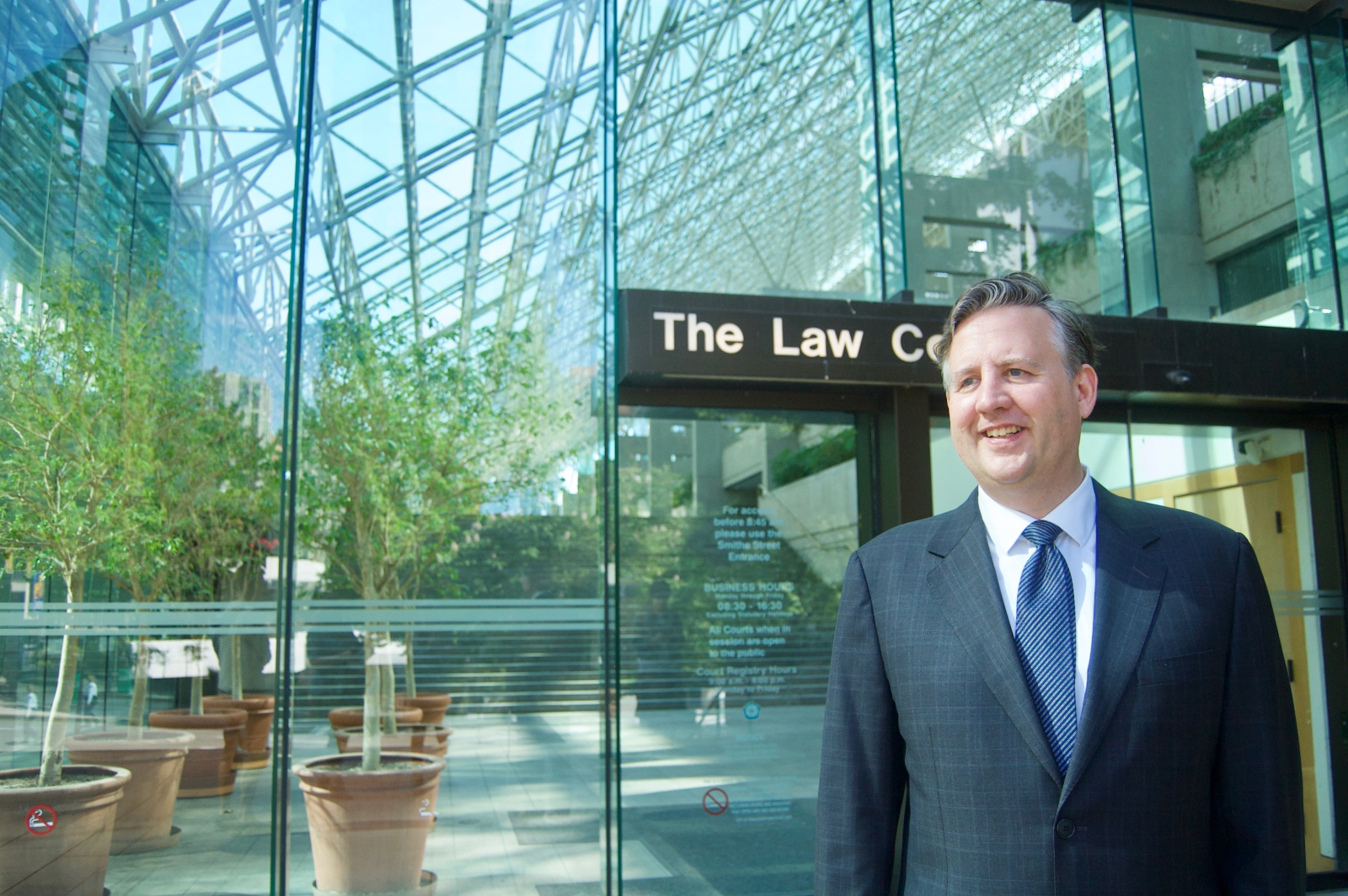 A member of Parliament who is running to be Vancouver's next mayor has pleaded guilty to criminal contempt of court for breaking a court injunction on March 23 to protest a major oil pipeline expansion project.

NDP MP Kennedy Stewart is one of over 200 people that have been arrested for blockading Kinder Morgan's pipeline terminal in Burnaby B.C.. He was arrested on the same day as fellow MP and Green Party Leader Elizabeth May.

Stewart, who announced last week that he planned to resign his seat in Parliament to run for mayor, received a $500 fine, as recommended by the Crown prosecutor, Trevor Shaw.

In an interview with National Observer, Stewart explained why he violated the injunction.

"Mainly for me it was standing up for my constituents," he said. "The citizens of Vancouver need to be consulted more widely on this issue, and that’s something I may include in my platform (in the election for Vancouver Mayor) in the coming days."

Stewart knows that other arrestees are handling their cases differently, with some opting to go to trial. "I wanted to show respect for the court, and I thought this was the best way to do that."

Special Prosecutor, Michael Klein, took note of Stewart's early plea and recommended the court apply the standard $500 penalty, explaining that it has been "a very early resolution to the matter, and Mr. Stewart has not taken up significant time or court resources."

Judge Affleck said that he would normally be inclined to impose a higher fine, because Stewart and others had chosen to publicly defy the court’s orders in front of a large crowd and the media, but accepted Klein's advice, ordering that Stewart pay only the $500 penalty. This is the same fine imposed on others who have pleaded guilty so far.

The court cases come as a May 31 deadline looms over the project. Kinder Morgan has threatened to abandon the project claiming uncertainty caused by opposition from the government of British Columbia. The federal and Alberta governments have launched financial negotiations with the Texas-based energy giant in order to meet the deadline imposed by the company.

The court-ordered injunction places a five-metre exclusion zone around the perimeter of the Kinder Morgan pipeline terminal in Burnaby B.C.. Protestors have been violating the order in acts of civil disobedience.

Richard Fowler, Stewart’s lawyer, argued that it is possible to engage in civil disobedience, while still maintaining the utmost respect for the law. He admitted his client had broken the injunction, but also noted that civil disobedience plays in an important role in a “healthy” democracy and justice system.

I am grateful to all the

I am grateful to all the people who have been willing to stand up to the lies, bullying, and manipulations of state. Civil disobedience is a basic necessity of a democracy. This movement is spreading, as more people realize what the situation truly is. Protection of our basic rights to clean water and soil is at the heart of our survival.

Just wondering if anyone has

Just wondering if anyone has had a chance to ask the judge HOW ELSE is anyone able to register their objections to this whole fiasco and be acknowledged if he (the judge) has refused to entertain any background - any environmental concerns, ethics, etc.?! Don't forget, EVERY OTHER AVENUE of communicating one's objections has been SHUT DOWN, which is why people are doing all these "unlawful" actions in the first place!!!

"The federal and Alberta

"The federal and Alberta governments have launched financial negotiations with the Texas-based energy giant in order to meet the deadline imposed by the company." My emphasis.

To me at least, there's something wrong with this picture. I mean, I'm against the pipeline, but let's imagine I wanted the pipeline to happen. How is it the Prime Minister of Canada's job to be scrambling to meet some arbitrary deadline imposed by some Texas oil company? Should companies be setting deadlines for sovereign governments? Should it not be the other way around? If Trudeau really, really thinks the pipeline is in the national interest and the company suddenly isn't going to do it, he should expropriate their butts and have the Crown do it directly. Instead he's kowtowing and "Oh, come on, pleeease! How about I give you a few billion taxpayers' dollars if you weren't going to be able to rob my country well enough!"
Sickening.

Well put. Our PM shouldn't be

Well put. Our PM shouldn't be funding the company's activities -- it should be the other way around. It's embarrassing to watch him and infuriating to listen to KM's statements that assume governments should follow the wishes of companies.