Suzuki says debate around his honourary degree is “necessary” 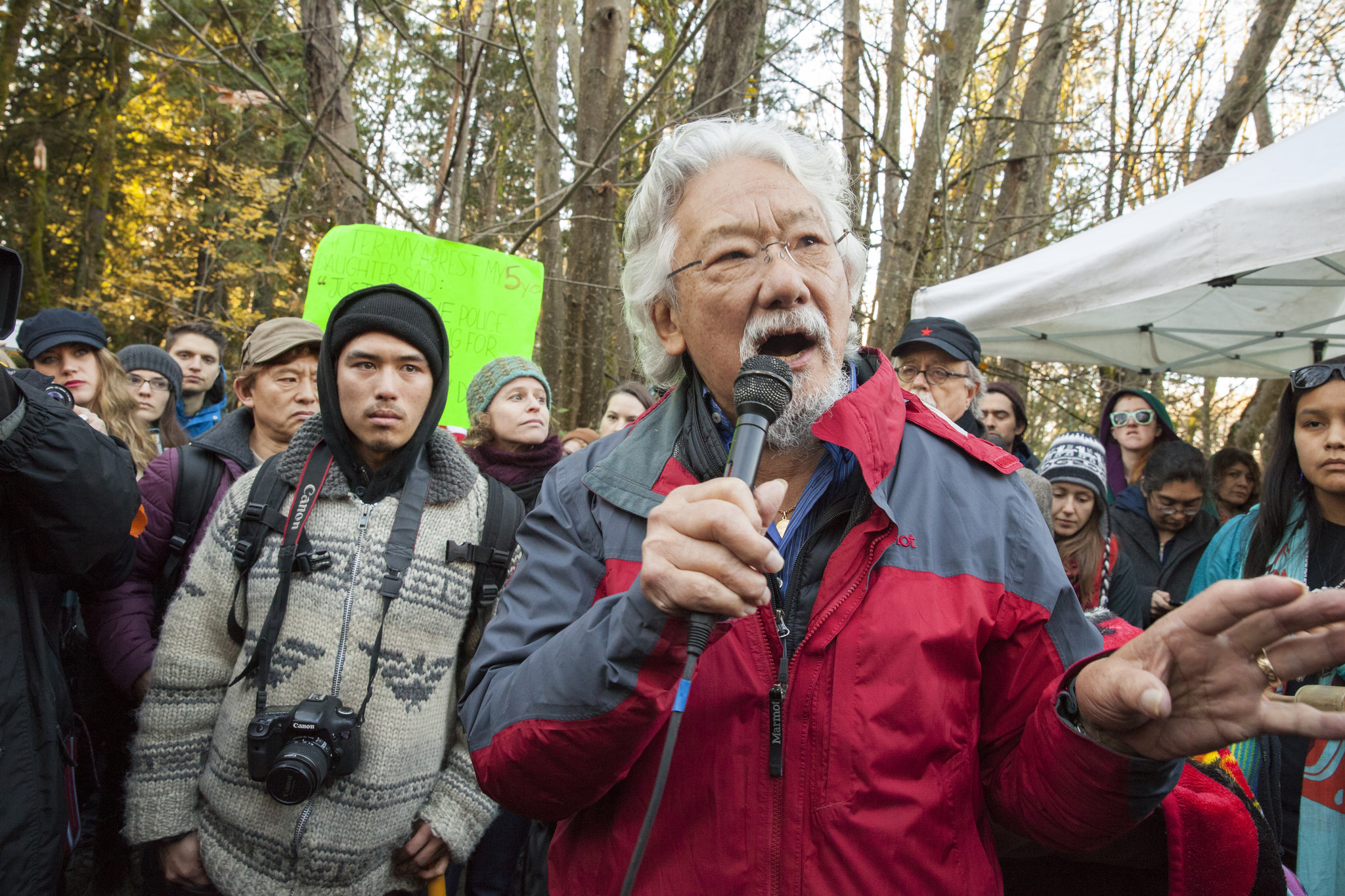 Shortly after completing my PhD in the U.S., I taught in the University of Alberta’s genetics department. It’s also where I started my broadcasting career. I’m honoured that the university is giving me an honorary degree for being “the face of environmental consciousness to generations of Canadians as well as viewers in more than 40 countries worldwide.”

Although I’m just one of 13 people receiving honorary degrees in June, my award has stirred up controversy. As flattering as it is to be made the fulcrum of debate surrounding fossil fuels, climate change and humanity’s future, this isn’t about me. After all, what I say about economics, planetary boundaries and the need to shift priorities is no different than what economists, scientists, philosophers and numerous other experts around the world have been saying for years.

If nothing else, it’s good that a healthy debate about corporate influence over academic institutions and issues around climate-disrupting energy sources has emerged from it.

Too often, though, the discussion has strayed from topics that need attention into personal attacks. If a university, especially one in the heart of oil country, isn’t the place to air a range of ideas about the geophysical, social and economic consequences of profligate fossil fuel use, we should be worried about the future of academic inquiry.

'My ideas are informed by economists'

During the brouhaha, people have taken issue with my characterization of conventional economic thinking (although they often leave out the “conventional” part). I’m not an economist, but my ideas are informed by economists, and they’re not novel. Oxford economist Kate Raworth, author of Doughnut Economics, recently told me John Maynard Keynes would be rolling in his grave if he knew we were applying his early 20th century ideas to 21st century realities.

Keynes wrote, “Economics is a science of thinking in terms of models joined to the art of choosing models which are relevant to the contemporary world.” When he wrote that in 1938, the human population was one-third of what it is today, natural resources seemed inexhaustible, and climate change was a vague set of theories of interest mainly to scientists studying ice ages.

I can’t even take credit for calling conventional economics a “form of brain damage.” I was quoting what economist-futurist Hazel Henderson told me. She meant it literally, in that the types of marketing that drive consumerism and economic growth exploit human emotional susceptibility, in part through messaging that affects brain chemistry. This, she argues, can make us act in ways that are not rational or in our long-term self-interest.

Those who retrofit contemporary problems into conventional but outdated economic theories are capable of all sorts of contradictory positions, from arguing that infinite growth is possible in a finite system to supporting oilsands and fossil fuel infrastructure expansion while claiming a commitment to addressing climate change.

"This is not about attacking a particular industry or way of life. It’s about recognizing the reality of global warming and our role in it." #DavidSuzuki #climate #science

It's not about attacking an industry or way of life

Nothing grows forever. Why do we think human populations, resource extraction, economies, industrial activity and cities can keep growing? Where does it end? Like cancer, is it when growth destroys the host?

I respect the differences of opinion about how we should conduct ourselves in a time of staggering population growth, climate change, biodiversity decline and numerous other problems of our own making. But surely we can agree on basics. We need clean air, potable water and food from healthy soils to stay alive and healthy. We can’t keep rapidly burning fossil fuels and destroying carbon sinks like forests and wetlands without destabilizing Earth’s carbon cycle and climatic systems. We can’t keep dumping plastic and other waste into the oceans.

As Raworth argues, our challenge in the 21st century is to meet everyone’s needs “while ensuring that collectively we do not overshoot our pressure on Earth’s life-supporting systems, on which we fundamentally depend — such as a stable climate, fertile soils, and a protective ozone layer.”

This is not about attacking a particular industry or way of life. It’s about recognizing the reality of global warming and our role in it. It’s about finding solutions that provide economic opportunities for everyone, not just owners and shareholders of large corporations. It’s about ensuring that our economic models are “relevant to the contemporary world.” It’s about measuring progress in ways that account for sustainability, human happiness and well-being rather than economic growth.

If David Suzuki’s ‘campaign of calumny’ is such a big deal, the petrostate must be spooked