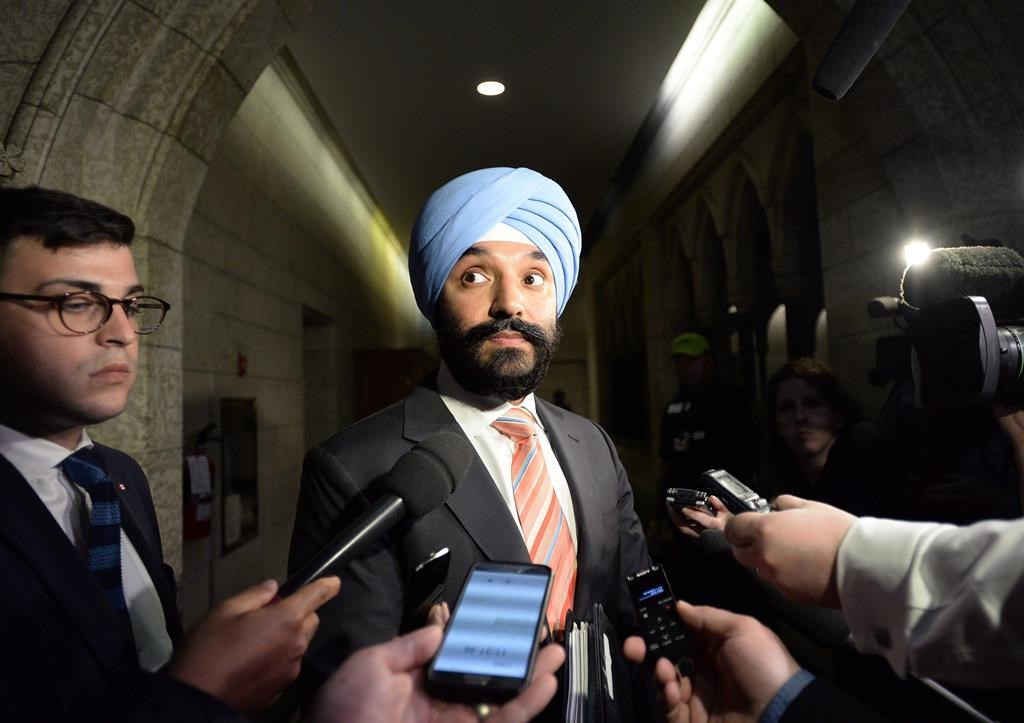 inister of Innovation, Science and Economic Development Navdeep Bains speaks to reporters as the Canadian Steel Producers Association meets with Prime Minister Justin Trudeau on Parliament Hill in Ottawa on June 14, 2018. Photo by The Canadian Press
Previous story
Next story

Canada's minister for telecommunications says the government will hold a key auction of wireless spectrum for fifth-generation mobile networks in 2020 — a schedule that's unlikely to satisfy the country's major carriers.

Industry players have been calling for the auction of 3,500 megahertz spectrum to be held in 2019 in order to keep up with other countries as smartphone makers develop equipment capable of using 5G networks.

But Innovation Minister Navdeep Bains says the government's timetable will ensure the 5G friendly spectrum will be available to meet consumer demand for the ultra-fast mobile networks that major carriers are putting in place.

Bains also says Canada is on track to hold two other spectrum auctions — in 2019 and 2021 — that will also be useful for fifth-generation networks.

The government's announcement came at the conclusion of the Canadian Telecom Summit in Toronto, a major annual gathering for the industry.

On Monday, the chief technology officer for Telus Corp. told the conference that Canadian consumers will be at a disadvantage if the government delays holding the 3,500 MHz auction until 2020.

"You will not be able, as a Canadian, to use the latest Samsung phone, or the latest LG, or the latest Huawei, or even the latest iPhone, till 2021," Telus CTO Ibrahim Gedeon predicted in an interview after his Monday speech.

But Bains, who is minister for innovation, science and economic development, said in an interview Wednesday that his ministry believes 2020 will be soon enough to hold the 3,500 MHz auction.

He also noted that ISED has also previously announced an auction of 600 MHz spectrum in 2019 — which Bains says has 5G potential — and that it will hold a 2021 auction of 5G-friendly millimetre-wave spectrum.

"We believe this puts us in a relatively strong position relative to our international peers," Bains said in an interview shortly before his speech.

"We will still be ahead of Australia and Germany and will be (among) the top five countries when it comes to making spectrum available for 5G."