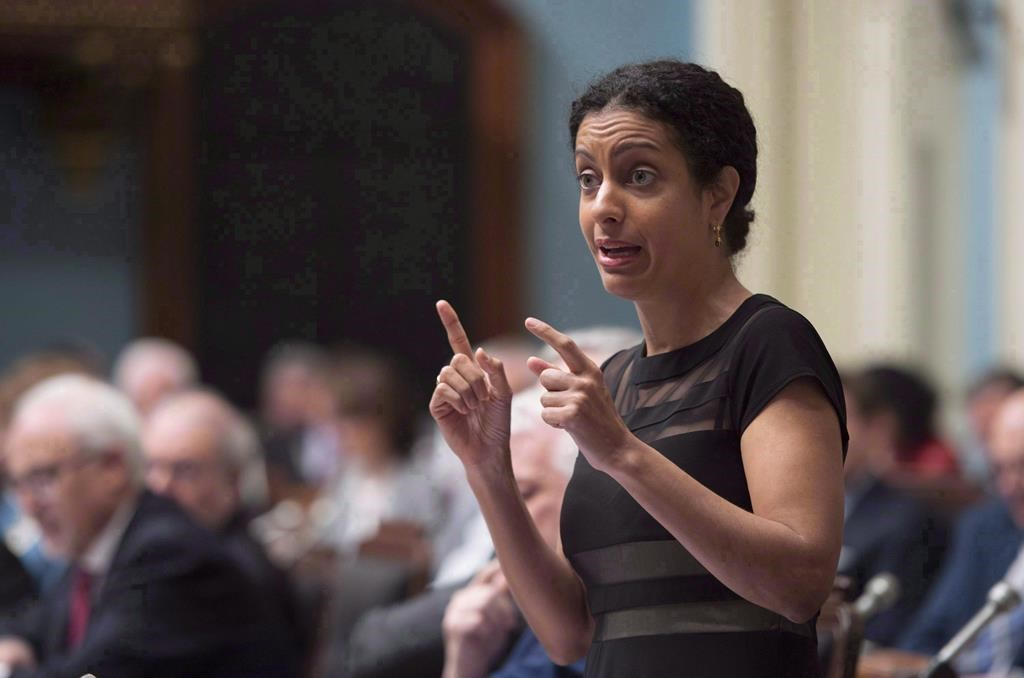 Quebec Economy, Science and Innovation Minister Dominique Anglade responds to the Opposition, during question period in the National Assembly, in Quebec City on Thursday, May 3, 2018. File photo by The Canadian Press/Jacques Boissinot
Previous story
Next story

Quebec is offering $100 million in loans and loan guarantees to the smallest companies in the province's steel and aluminum industries.

Economy Minister Dominique Anglade made the announcement late Monday after a meeting in Montreal with industry players as well as union representatives, employers and municipalities.

Canada, Mexico and countries in the European Union will no longer be exempt from U.S. import duties of 25 per cent on steel and 10 per cent on aluminum, which were imposed in March.

Unlike primary producers such as Rio Tinto, Alcoa and Aluminerie Alouette — which operate nine aluminum smelters in Quebec — smaller processors say they are not strong enough to absorb the 10 per cent tariff.

Some small and medium-sized companies say that U.S. customers have already warned that they will not pay the extra bill from the surtax.

In his G7 Summit statement on the weekend, Prime Minister Justin Trudeau called the tariffs on Canadian steel and aluminum "insulting."

The Trudeau government announced last week that it intends to analyze the effects of the new trade dispute to determine what form of assistance is most appropriate for the industry.

It has also said it will impose dollar-for-dollar, retaliatory tariffs on metals and a range of other U.S. products by July 1.