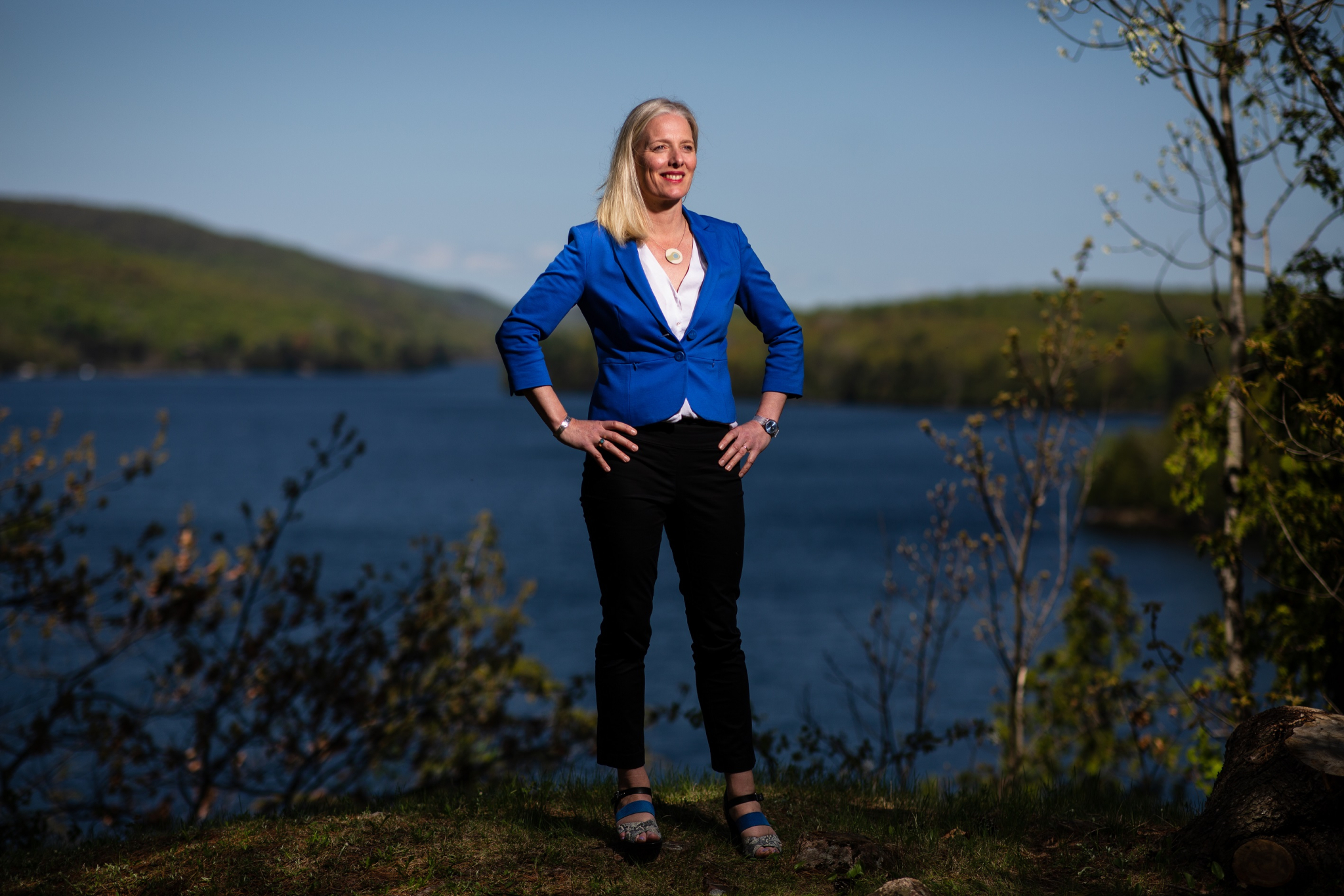 School buses, garbage trucks and other heavy-duty vehicles will have to pollute less and run on less fuel after 2020, Environment and Climate Change Minister Catherine McKenna announced Thursday.

The Trudeau government is pushing ahead with its promise to crack down on carbon pollution by addressing large vehicles like dump trucks, tractors and trailers, one of the largest sources in Canada.

These vehicles accounted for almost a tenth of all of Canada’s emissions in 2015. As well, they represent a growing source, as pollution coming from them practically tripled from 1990 to 2015, according to government figures.

New regulations will require these trucks and buses to use new technology to be more efficient and reduce fuel consumption, leading to a cut of pollution by roughly 25 per cent per vehicle, the government said.

“Large vehicles are an important part of Canada’s economy — we rely on them to get kids to school, move goods to customers, and keep our neighbourhoods clean,” said McKenna in a statement.

“They also contribute to smog and carbon pollution, which harm our health and our environment. With these new regulations, we are making the air cleaner and fighting climate change while helping businesses compete and grow and supporting jobs for middle-class Canadians.”

The new, more stringent standards that begin with the 2021 model year will reduce pollution by roughly six million tonnes a year by 2030, the government says. That’s like taking 1.5 million cars off the road for one year.

McKenna has said reducing gasoline consumption is key to lowering emissions over the next 12 years ahead of Canada’s target under the Paris climate change accord.

Six million tonnes, however, is a small portion of the nearly 200 million tonnes Canada must eliminate if it is to meet its Paris commitment — to get its annual emissions down to 30 per cent below where they were in 2005 by the year 2030.

But the government says that without its new tightening of the rules, annual emissions from heavy-duty vehicles are projected to keep rising, and in 17 years they will collectively pollute more than all regular cars.

The first heavy-duty vehicle standards were published in 2013, under the Harper government and during the U.S. Obama administration.

The two countries have a history of aligning tailpipe standards, and part of the justification Ottawa is giving for tightening its rules is to stay aligned with Washington’s plans.

The Trump administration, however, has moved to loosen environmental rules. U.S. Environmental Protection Agency head Scott Pruitt has said the Obama-era standards for new cars and light trucks between 2022 and 2025 should be rolled back.

Those rules are different than the ones for heavy-duty vehicles, so it's unclear how they might be affected.

And even so, after Pruitt started the ball rolling on the regulatory process to loosen the car standards, the EPA's independent internal advisory board recommended reviewing that decision.

Meanwhile, the European Union has proposed its own heavy-duty standards, the first time the bloc of countries has placed a limit on the pollution produced by trucks.

The European Commission proposed last month a pollution cut of 15 per cent by 2025 for all large trucks compared to 2019 levels. By 2030 that number will move to 30 per cent.

The government expects that its actions will work out to $23.8 billion in economic and environmental benefits, the government calculated.

For example, more efficient engines will mean less fuel consumption, leading to about $1.7 billion every year in fuel cost savings by 2030 for new vehicle owners. There are other associated benefits, the government says, like reducing the cost of trucking for moving goods in Canada, meaning shippers can become more competitive.

On the other side of the ledger, it says vehicle manufacturers and other businesses will have to spend $6.1 billion to develop technologies to meet the new, more stringent standards. That means the government believes the new controls will result in a net benefit of $17.7 billion.

The regulations increase in stringency up to the 2027 model year and cover a wide range of vehicles with different emissions targets depending on vehicle type and model. The government says that’s because it wants businesses to stay competitive and is offering “flexibility” to choose what technologies are deployed.

These measures are 'equivalent to taking one and a half million cars off the road"??? For one year???

Here's a radical alternative. Take those cars off the road, permanently.

Canada is well positioned to go electric by 2025....business as usual has already glutted electric markets in parts of the country...and solar is becoming cheaper and cheaper. How about replacing those gas guzzlers with electric vehicles....and jump starting an industry by putting up chargers on our major road....fueled by solar and wind???
That should be what transition looks like. Energy efficiencies are chicken feed...and they serve the darker purpose of keeping the oil industry alive. Stop playing 'change the light bulb' games with my grand kids' futures.

Transition off Fossil fuels. Energy efficiencies, the eleventh hour introduction of regulations into our free for all fossil fuel market, doesn't cut it. Solarize, electrify the transportation grid...and watch the green jobs proliferate, and the demand for dirty bottom of the barrel fossil fuels tank.

Those are the actions we need now. And the population will rush to participate, if our neoliberal elites build programs designed to include them.