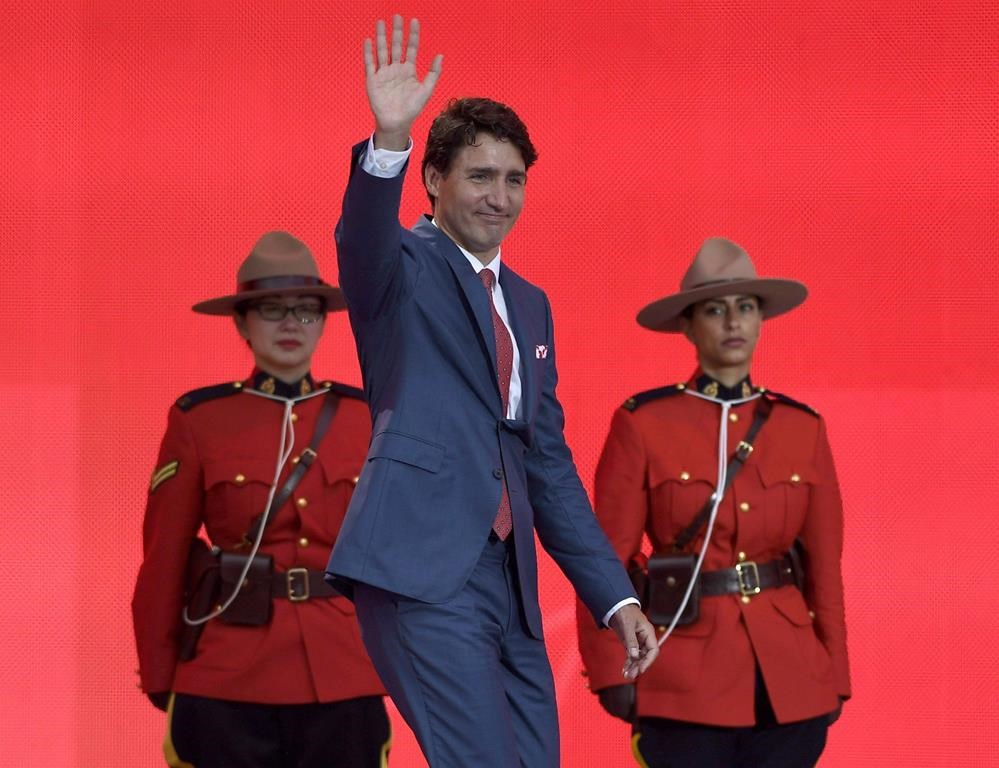 Instead, the prime minister will be on the road, celebrating Canada's 151st birthday in three cities in three different regions.

Trudeau is scheduled to visit Leamington, Ont., Regina and Dawson City, Yukon — all on July 1.

He will still put in an appearance on Parliament Hill, but it will be via video from Leamington.

Spokesman Cameron Ahmad says Trudeau wants to spend Canada Day with "Canadians and their families" in parts of the country he doesn't often get a chance to visit.

But in at least two of the three cities, the tour seems designed to reflect the looming trade war between Canada and the United States.

Trudeau will meet steelworkers in Regina, who've been hard-hit by President Donald Trump's imposition of crippling tariffs on steel and aluminum imports.

And in Leamington, he'll be meeting workers at the factory that produces the tomato paste used in French's ketchup.

Ketchup and other tomato sauces are among the many U. S. goods upon which the Trudeau government intends to slap $16.6 billion worth of retaliatory tariffs, starting on July 1. The Leamington visit appears aimed at reminding Canadians they can still get made-in-Canada tomato sauces, on which no tariff will apply.

Justin will be remembered for

Justin will be remembered for instituting carbon taxes while he sets records for the size of his own personal carbon footprint. Hopefully October 2019 will see change. We need a qualified PM, not a goodwill ambassador.

justin will be remembered for

justin will be remembered for subsidizing Big Oil, buying an economically and environmentally insane pipe dream, and doing virtually nothing to promote the vitally needed transition to a green economy.