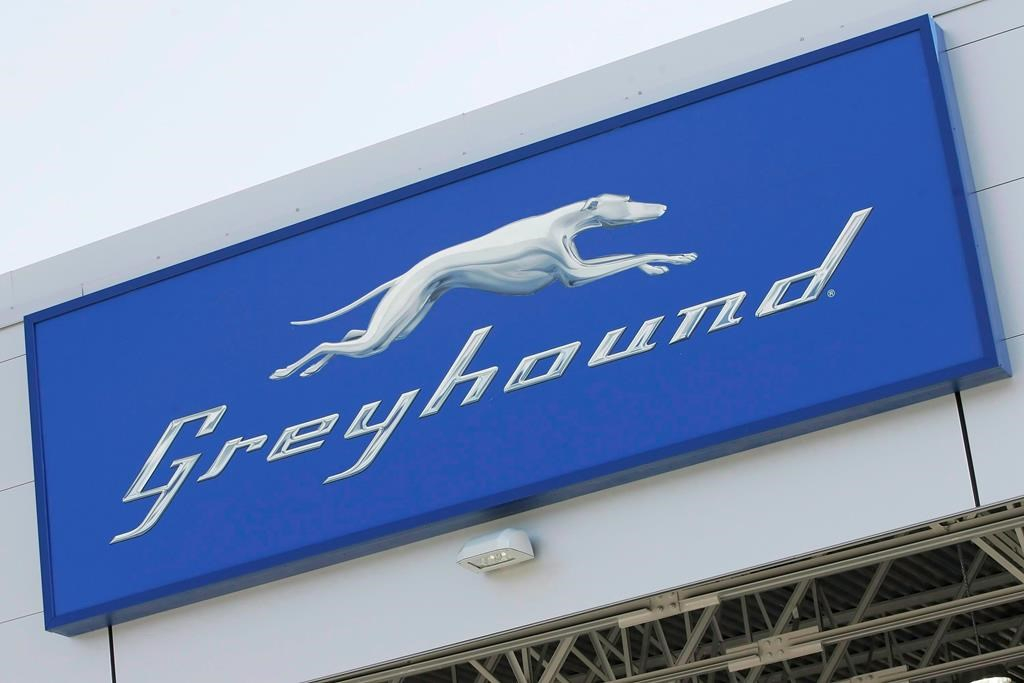 A Greyhound logo at the newly opened Greyhound Terminal at the James Richardson International Airport in Winnipeg on September 3, 2009. File photo by The Canadian Press/John Woods
Previous story
Next story

Greyhound Canada, for decades a critical link connecting the country's small towns and isolated communities with bigger urban centres, is pulling away for good in the Prairies, B.C. and northern Ontario, leaving activists and Indigenous leaders fearing for the health and welfare of those who live in remote locales.

Effective Oct. 31, Ontario and Quebec will be the only regions where Greyhound's familiar galloping-dog logo continues to ply Canadian highways, save for a lone route in B.C. between Vancouver and Seattle to be operated by the company's much healthier American cousin, the company announced Monday.

"This decision is regretful and we sympathize with the fact that many small towns are going to lose service," said Greyhound Canada senior vice-president Stuart Kendrick.

"But simply put, the issue that we have seen is the routes in rural parts of Canada, specifically Western Canada, are just not sustainable anymore."

Northern Canada is sure to be where the impact is felt most deeply, said Sheila North, grand chief of the Manitoba Keewatinowi Okimakanak and candidate for chief of the Assembly of First Nations.

"I think this is abandoning the North," she said, citing a high demand in the region for transportation services — "especially for those that live in poverty, but also who have medical needs that need to get down to the south for resources that are not accessible in the North."

"It's going to affect a lot of people [who will be] very, very isolated, especially the vulnerable people who have to deal with poverty and mental health and physical health issues that need treatment," Okemaysim-Sicotte said.

She cited testimony already given at the ongoing national inquiry into missing and murdered Indigenous women and girls, where witnesses have talked at length about a chronic lack of transportation in more remote regions of the country. Without Greyhound, fleeing domestic violence will be all but impossible for a lot of women, she warned.

Kendrick said the move is going to cost some 415 jobs and impact an estimated two million consumers.

The company is blaming a 41 per cent decline in ridership since 2010, persistent competition from subsidized national and inter-regional passenger transportation services, the growth of new low-cost airlines, regulatory constraints and the continued growth of car ownership.

Declining ridership is the primary culprit, said Kendrick, who called the combination of declining ridership and increasing costs an "ongoing spiral" that's making it impossible for the company to continue operations.

He said the company has raised its concerns with provincial and federal officials over the years and wanted to ensure both levels of government were "fully aware" of the situation. Greyhound Canada has long advocated for a community funding model to allow any private carrier to bid on essential rural services, he added.

"There was a commitment to look at our issue, they're well aware of it. It shouldn't come as a surprise that we've had problems but there was no funding commitment at that time," he said.

"The company has experienced significant losses despite continued efforts to return to viability. In the affected regions, the company has run an operating deficit since 2004. We have had substantial losses over several years as a direct result of declining ridership."

The Assembly of Manitoba Chiefs said its citizens rely on Greyhound "heavily" — especially for medical appointments.

"It is already well documented that our citizens have to ride the bus for hours, some longer than 14 hours, in order to see a doctor. How will they get access to adequate health care now?" Grand Chief Arlen Dumas wondered in a statement, which also noted that "health care is a treaty right."

Greyhound Canada said the bulk of its routes in Ontario and Quebec would continue to operate, except for a number of services that make use of the Trans-Canada Highway running between Sudbury and Winnipeg.

Kendrick said he understands that the decision will leave most of the affected communities with no other transportation options.

The issue of transportation along that route, which includes the notorious stretch of B.C.'s Highway 16 known as the Highway of Tears, was a major point of contention last fall during hearings at the national inquiry for missing and murdered Indigenous women and girls, where a number of women have gone missing.

North said Greyhound Canada's announcement will make vulnerable people who rely on others for transportation "even more vulnerable."

"It takes more control away from them and their safety they have less control."

Essential infographics for the climate-conscious traveller

This could be a case where

This could be a case where the public sector could step in and make some progress in the transition to renewable energy while doing a better job than the private sector. Why should public transit be confined to big cities? Let's get creative. Perhaps we could use some of the billions we use to subsidize the fossil fools.

My thoughts too. We don't

My thoughts too. We don't leave it up to private companies to run public transportation in our cities. Why should we leave them in charge of intercity transportation?

If the government can buy a

If the government can buy a bloody pipeline that nobody wants before it's even built, it can and should buy a critical transportation asset that thousands if not tens of thousands of people rely on daily.

This just goes to show how

This just goes to show how 'efficient' the private sector is.........at eliminating services, communities and people who don't serve their bottom line. And really? Do we need any of those small towns??? Once multinational agri-business has all our arable land, foreign temps won't be needing bus routes out of their work camps...and city folks won't have to worry about the 'environment' any longer............because it will all be in private hands.

Managed as 'efficiently' as they've managed just about everything in the last 40 years.

Except, apparantly, pipelines. There we absolutely need a government bailout!!

And forgive me if the irony is a bit thick and somewhat sticky....in bitumen we trust. lol

In a sane world, governments

In a sane world, governments would step in and offer bus service themselves. Instead, corporatists like Brad Wall in SK shut it down, betraying folks who depend on it. And neo-Conservatives like Premier Brian Pallister of Manitoba wouldn't know what public service meant if it jumped up and bit him in the ass. Bow down, folks, the corporations own us still.