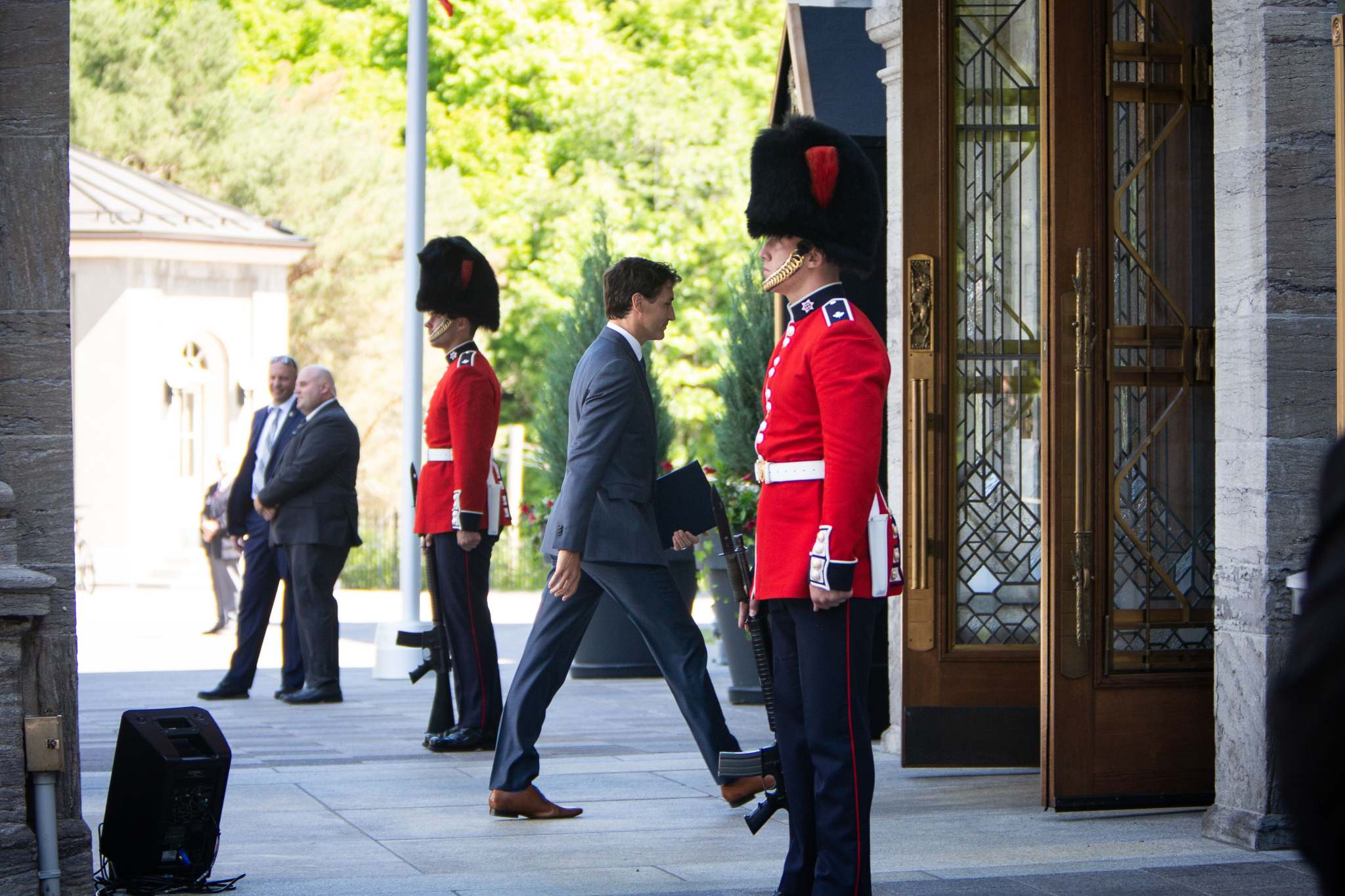 Prime Minister Justin Trudeau walks back inside Rideau Hall after talking to the press, at a Liberal government swearing in ceremony for the new ministers of the summer shuffle, in Ottawa, on July 18th 2018. Photo by Alex Tétreault
Previous story
Next story

Prime Minister Justin Trudeau has expanded his cabinet by five people, with a special emphasis on Ontario as he made some adjustments to his government with about one year to go before the next general election.

Bill Blair, Mary Ng, Pablo Rodriguez, Filomena Tassi and Jonathan Wilkinson are the newest ministers in cabinet, which has an equal number of women and men. Three of the five new ministers are from Ontario, which is now being led by a Progressive Conservative government for the first time in 15 years.

The new team was introduced at a swearing-in ceremony on Wednesday at Rideau Hall, the governor general's residence in Ottawa.

"I think we recognize that there are changes going on in the makeup of the Council of the Federation, the different premiers across the country," Trudeau told reporters outside of Rideau Hall, after unveiling the new members of his cabinet.

"Ensuring that we have strong voices that are able to directly reassure Canadians about the path we’re on, demonstrate that the mandate we got from Canadians whether it’s on climate change, whether it’s on immigration and keeping our country safe will continue to be focused on by this government. We look forward to having strong and positive conversations with all premiers right across the country."

Jim Carr, who was the lead minister on the troubled Trans Mountain pipeline expansion project, is moving from the natural resources portfolio to a new position as minister of international trade diversification. He will be replaced at natural resources by Alberta MP Amarjeet Sohi, who was previously the infrastructure minister.

Some senior members of cabinet such as Finance Minister Bill Morneau, Environment and Climate Change Minister Catherine McKenna and Justice Minister Jody Wilson-Raybould are remaining in their current positions.

Dominic LeBlanc leaves his position as fisheries minister to become the minister of intergovernmental affairs and internal trade. LeBlanc is being replaced by Wilkinson, a British Columbia MP.

Carla Qualtrough, already the minister of public services and procurement, will add responsibilities for accessibility to her portfolio.

Rodriguez, a Montreal MP and chief government whip, becomes the new heritage minister, while François-Philippe Champagne moves from international trade over to the infrastructure and communities portfolio.

Blair, who had been Trudeau's point man on efforts to adopt legislation to legalize cannabis, will become the minister of border security and organized crime reduction.. And he will be responsible for irregular migration. In his new role, he will also continue to oversee the legalization and regulation of cannabis.

Wilkinson, from B.C., and Rodriguez from Quebec were the two new additions from outside of Ontario.

Updated at 1150am to add Bill Blair's responsibility for irregular migration.

Editor's note: This article was updated at 3:20 p.m. ET on July 18, with a new quote from Prime Minister Justin Trudeau.