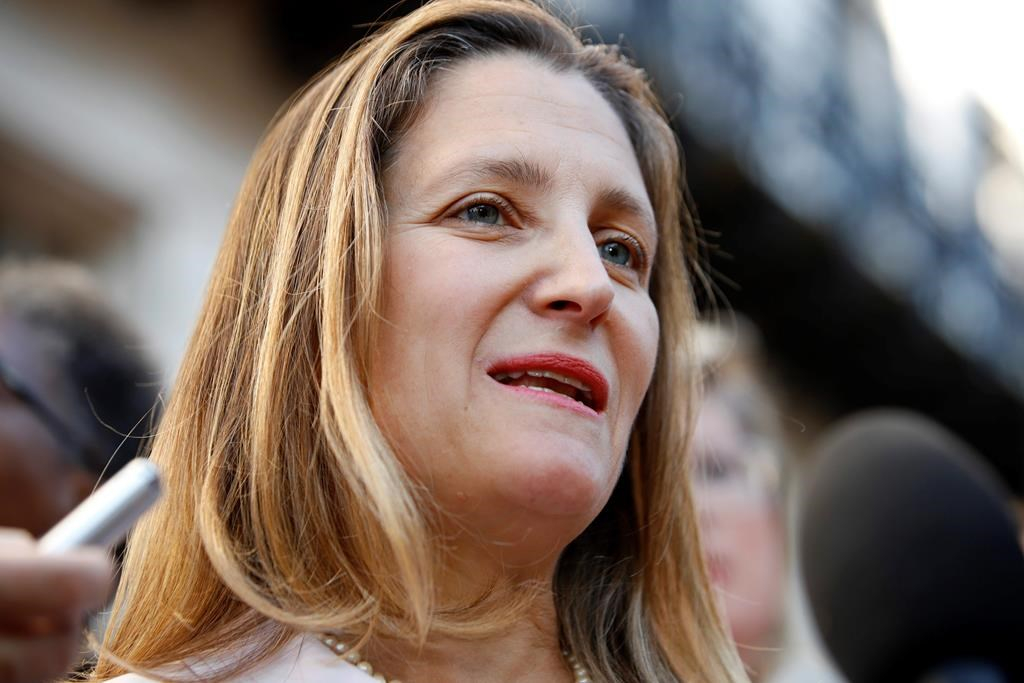 Canada's Foreign Affairs Minister Chrystia Freeland speaks to the media as she arrives for trade talks at the Office of the United States Trade Representative, on Thursday, Aug. 30, 2018, in Washington. Photo by The Associated Press/Jacquelyn Martin
Previous story
Next story

Foreign Affairs Minister Chrystia Freeland is starting a new day of meetings with her U.S. counterpart after a late night of talks to salvage the North American Free Trade Agreement.

This week's new round of U.S.-Canada negotiations has generated hopeful signals from both camps that a deal could be struck by the end of the week.

But difficult discussions about dairy and dispute settlement remain.

U.S. President Donald Trump added a layer of urgency to the negotiations Monday after announcing a deal with Mexico — with an ultimatum that Canada would have to join their pact by Friday or suffer the consequences of punishing tariffs on its auto sector.

But the day after Canada and the U.S. restarted intense negotiations on NAFTA, both he and Prime Minister Justin Trudeau expressed optimism a new continental accord could be reached by Friday.

Today, Freeland is meeting for the second day with U.S. Trade Representative Robert Lighthizer to review the progress of their bargaining teams.

She met twice Wednesday with Trump's trade czar as their officials worked late into the night to find common ground.

Trudeau says he's encouraged by what he calls NAFTA progress