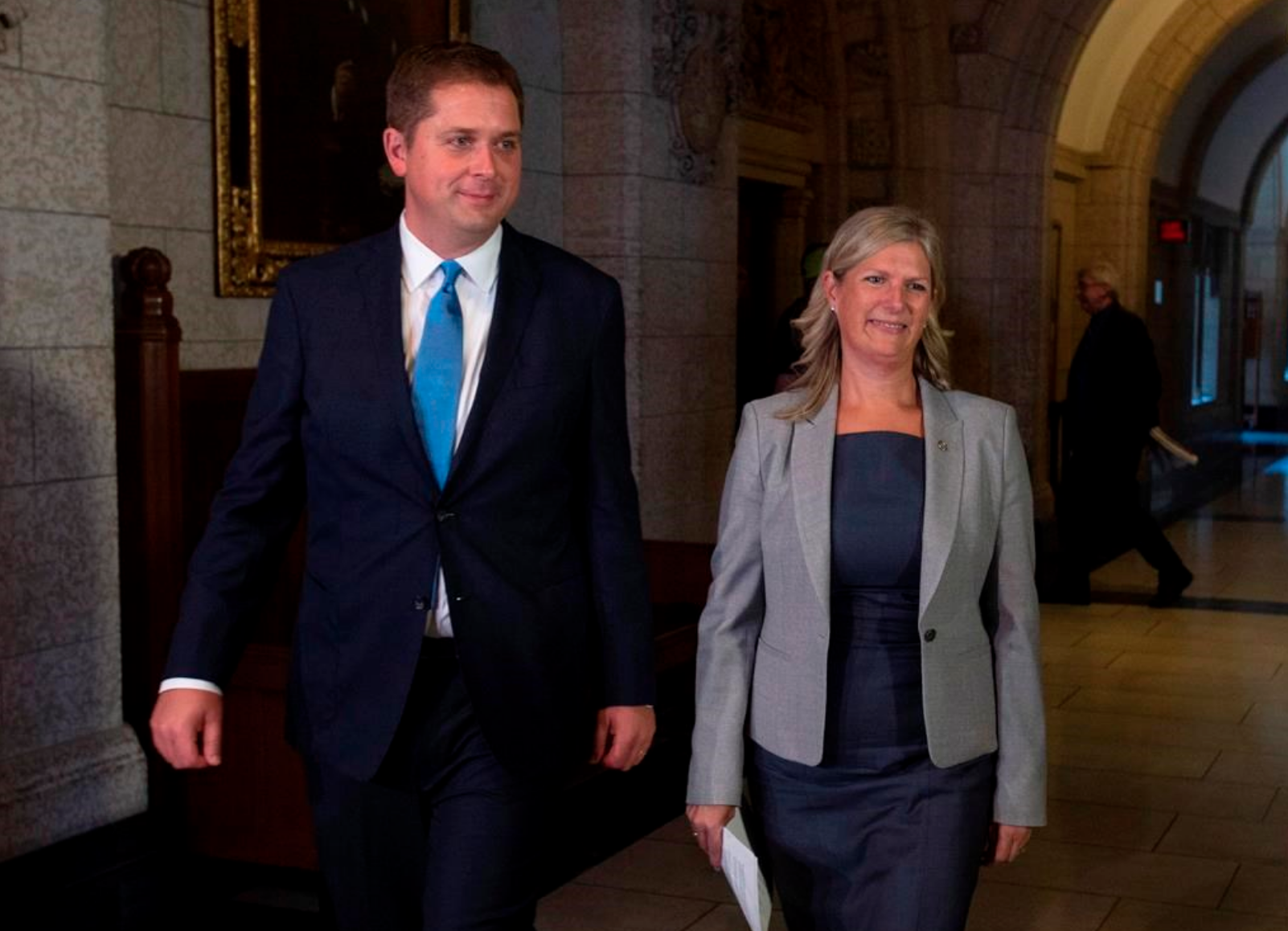 The Conservative opposition forced the Liberals onto the defensive Monday as the governing party watched one of their own abruptly cross the floor to join the chorus of Tories declaring that this was the prime minister’s "summer of failures."

Ontario Liberal MP Leona Alleslev made the stunning announcement — which had apparently been in the works for weeks — just before question period, striding across the House of Commons to roaring applause from the opposite bench.

"At this time in our country’s history we need strong leadership under the Conservatives and Andrew Scheer," Alleslev told reporters afterward.

Alleslev said the world has changed since she was first elected in 2015, and she felt her questions about the Liberal government’s performance on crucial files such as the economy, trade and defence were "met with silence."

The MP said she had to leave the Liberals in order to openly criticize the party’s direction.

In the House, as Scheer’s Conservatives branded their Liberal rivals as failures on the economic and trade fronts, Alleslev looked comfortable and at ease, nodding in agreement from her new vantage point.

Alleslev rose during question period to say Canada’s position in the world had been diminished under Justin Trudeau, and that its ability to deliver on defence commitments, such as adequate fighter jets, had been undermined by politics.

"Purchasing used CF−18s from the Australians will not give us capability, will be cost prohibitive, and frankly, humiliating when we should be reassuring our allies in a time of unprecedented global instability."

Despite the headline−grabbing nature of the move Alleslev had orchestrated for the first day of the fall sitting, no one seemed to see it coming.

Ontario Liberal MP Adam Vaughan said the decision emerged "out of nowhere, literally out of the blue."

Bill Casey, a Liberal MP from Nova Scotia who was once a Conservative, said Alleslev sat close to him and he never suspected there was an issue.

Alleslev dismissed questions from reporters about political opportunism, given her slim election victory three years ago, saying her decision was about being able to look at herself in the mirror.

"We’re facing some very serious challenges and this is how I can do the job that my constituents sent me here to do," she said. "This is something I’ve been considering for a while."

Scheer ushered Alleslev into the Conservative caucus, making his new MP the critic for global security, and he issued an invitation to any other disenfranchised Liberal supporters to rethink their allegiances ahead of the October 2019 ballot.

"Let me say this to Canadians: If, like Leona, you supported Justin Trudeau and the Liberals in the last election and you are frustrated or even angry with the ineffective leadership, know this — you are both welcome and needed in the Conservative Party of Canada," Scheer said.

"I wish her well in her decision," Trudeau said. "I’m looking forward to getting back in the House to talk about what we are going to be doing for Canadians, what we’ve been working hard on all summer and over the past few years."

The opposition parties took shots early and often at how the Liberals have managed the economy and the ongoing negotiations of a renewed North American Free Trade Agreement — the outcome of which will affect countless jobs on both sides of the border.

Conservative House leader Candice Bergen said her party wouldn’t lecture the U.S. on gender rights and the environment in the midst of trade talks — a jab at the Liberal government’s approach on NAFTA.

NDP Leader Jagmeet Singh urged the Liberals to preserve Canada’s supply management system for dairy farmers in NAFTA talks and to ensure a renewed deal makes life better for Canadian workers. He suggested neither will be an easy task in negotiations with the mercurial Trump.

An early order of business for the Liberals this fall is passing legislation to enact a trade deal with Pacific Rim countries — the Comprehensive and Progressive Agreement for Trans Pacific Partnership — designed to open up new markets for exports beyond the U.S.

Alleslev rose in her chair to announce her political change of heart while her colleagues discussed the bill.

She has represented the new Toronto−area riding of Aurora−Oak Ridges−Richmond Hill since narrowly defeating her Conservative challenger by 1,093 votes in 2015.

Prior to politics, Alleslev served for several years in the Canadian military before joining IBM and Bombardier Aerospace. As an MP, she has sat on the immigration and defence committees and served as chair of the Canadian NATO Parliamentary Association.

Alleslev was not the only MP to change seats Monday. Former Conservative MP Maxime Bernier, who recently created a new party, was sitting far from his former colleagues with Green Party Leader Elizabeth May.