What are environmentalists fighting for? 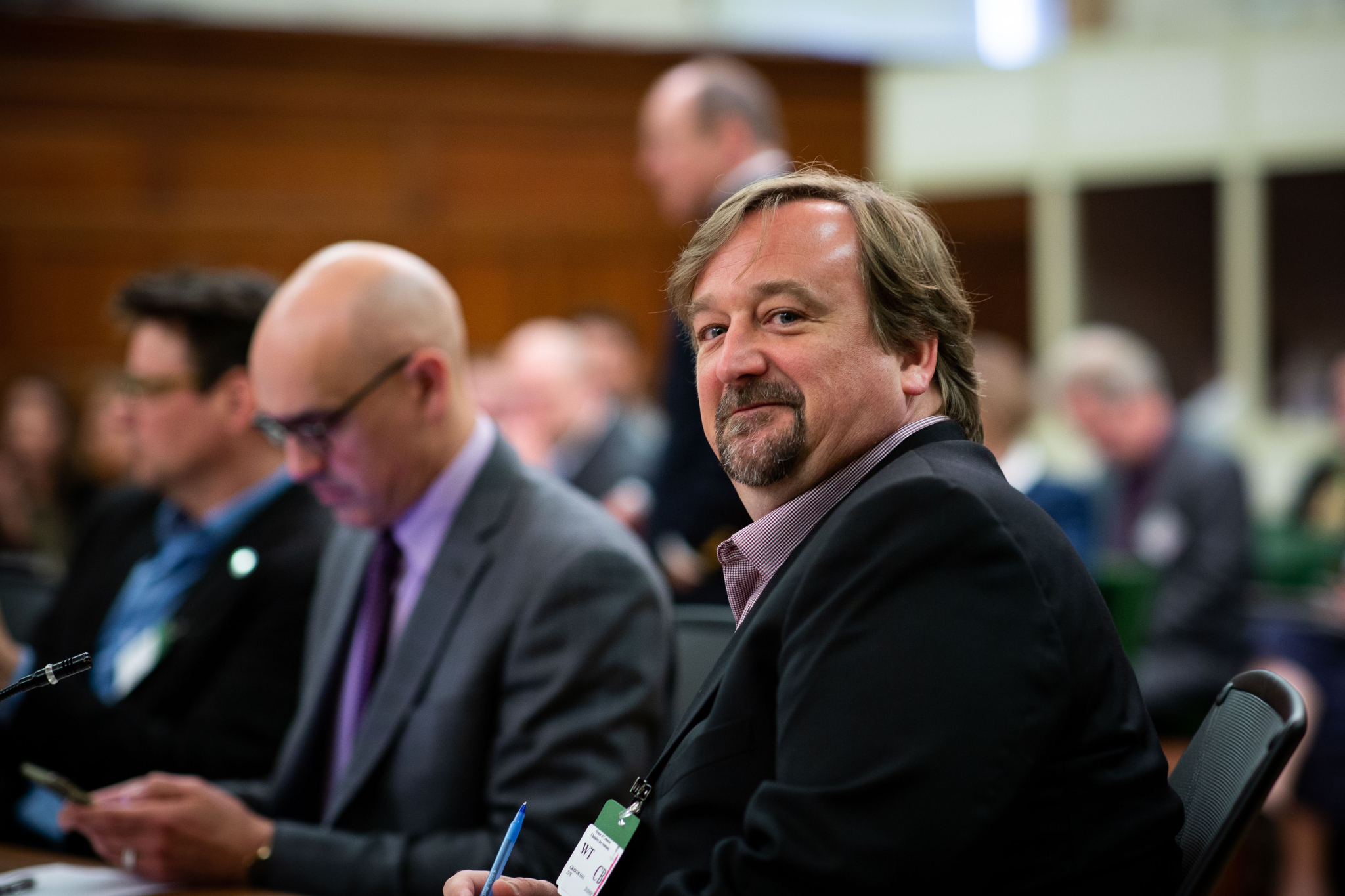 Graham Saul, a Metcalf Innovation fellow and the executive director of Nature Canada, is shown at a hearing on Parliament Hill May 7, 2018. Photo by Alex Tétreault
Previous story
Next story

Why is the world so slow to realize that we are facing a life-threatening planetary crisis? And what would it take to galvanize us into action?

The problem is not a lack of evidence: every day we witness the impact of climate change and species collapse all around us.

Just this summer, for example, the world was transfixed by the sight of an orca whale carrying her dead calf for 17 days. It was a marathon of mourning. But behind the mourning is a story of starvation for the endangered southern resident killer whale (orca whale). Only 74 whales are left in the group and not one successful birth in more three years. Why are they starving? Their source of food, salmon, is dwindling. Vessel traffic and noise around them is growing.

Humanity is extracting resources and converting forests, grasslands, and wetlands into farms and urban areas at an alarming rate. Plant and animal ranges are shifting, coral reefs are dying and oceans are acidifying. This all has an impact on wildlife, fish, birds and reptiles. Habitat critical to species’ survival is being damaged or lost completely. More and more species are joining the endangered list.

The result is that humanity is driving species to extinction at 1,000 to 10,000 times the pre-human or normal background rate. Dozens of species are going extinct every day. Species that we thought were relatively common are crashing in ways that we are only now beginning to understand. With no change to our current course, the massive scale of the impending extinction can better be characterized as an “ecocide.”

And climate change is no longer a distant threat. It is happening today. The summer of 2018 featured unprecedented heat waves, flooding, forest fires, extreme weather. With the world inching its way toward irreversible conditions where parts of the planet will simply no longer be inhabitable, why is the message not getting through? Do people not understand the scale of threat? Are we not being clear about the ultimate goal of the environmental movement?

After more than twenty-five years of working on a range of environmental issues I have come to realize that we do not have a clear, easily understood, or commonly used answer to the question: What are environmentalists fighting for?

Inspirational and powerful words are needed

I have always been fascinated by history’s great social movements, the epic struggles that redefine our world and change the way that people relate to one another. Past social movements, such as the abolitionist, the U.S. civil rights, and the women’s movements used powerful words to sum up their ultimate goal—words like freedom, equality and liberty. These inspirational words stitched a multitude of specific struggles into a coherent concept and they conveyed a goal that was understood and worth struggling for. These words provided a simple and compelling answer to the question: What are you fighting for?

The more I thought about these words and the powerful role they played in past social movements, the more I asked: What are environmentalists fighting for?

As part of a Metcalf Innovation Foundation Fellowship, I interviewed 116 leading environmentalists to better understand whether or not they agreed that words played an important role in past social movements, and to see what words and concepts they would use to sum up the goal of the environmental movement today.

Overwhelmingly, when asked to describe the goal of the women’s movement in the 1960s and 1970s, the words equality, equity, or equal were used. The results were similarly uniform when asked what the anti-slavery movement (freedom) and anti-colonial movements (independence) were fighting for.

But when asked to sum up what environmentalists are fighting for, the answers were far more diverse.

There was no one word or expression—like equality—that clearly dominated the answers. The two most frequently mentioned words were survival and sustainability.

'We want the natural world to benefit from humanity'

In many ways, “survival” is an accurate depiction of the problem. If the world were to pass a tipping point and we were suddenly faced with runaway climate change, the catastrophic implications would put billions of lives at risk.

When the sum of multiple environmental threats are brought into focus it becomes clear that the overarching problem that unites environmentalists is that humanity is destroying the life support systems of the planet.

By extension, the overarching goal of the environmental movement is to turn things around. Instead of destroying the life support systems of the planet we want humanity to help conserve, steward, and restore them. People will always benefit from the natural world, but we want the natural world to also benefit from humanity. Each of us, no matter what aspect of the environmental crisis we are working on, is trying to reverse the devastation and help humanity establish a mutually beneficial relationship with the rest of life on Earth. That’s what we are fighting for.

Why is it important to articulate the goal of the environmental movement? Simple expressions that stick in people’s minds and are grounded in values help cultivate shared understandings and encourage people to care.

Freedom, equality, and independence. Those powerful words provided the anti-slavery, women’s and anti-colonial movements with simple and compelling answers to the question: What are you fighting for?

While there are aspects of the environmental crisis that are genuinely unprecedented, this is not the first time that humanity has been called on to rise above its worst instincts, acknowledge a grave injustice, and address an ongoing disaster.

It took hundreds of years for concepts like equality, freedom, and independence to achieve the kind of moral clarity that they enjoy today. These concepts were initially just as alien and ill-defined for most people as any expression we can come up with today to describe the solution to the environmental crisis facing the planet.

It is hard to imagine, but otherwise well-intentioned people had polite conversations about whether or not a given country could afford to end slavery, and whether or not women could be trusted to own property. It was as though all of society was blanketed by a kind of ethical fog that prevented people from seeing burning injustice before their very eyes.

Now, the planet’s survival depends on our lifting the ethical fog surrounding environmental issues. We need to acknowledge the injustices we are committing against our planet and we need to start to address the ongoing environmental disaster.

The stakes are high. Our continued existence depends on our finding a way to change our relationship with Earth. Our very planet is threatened. And isn’t that worth fighting for?

Graham Saul is a Metcalf Innovation Fellow and the Executive Director of Nature Canada.

By Jonathan Watts | News, Energy, Politics | October 8th 2018
Reports from the Race to a Safer World

So, "life". Unfortunately some religious crazies trademarked that one, but we actually mean it.

This article started out with

This article started out with promise, but then left me wanting. Mr. Saul did not offer any value that could be encapsulated in a single word. Given climate change, "human survival" would seem a true and pointed contender, but we will need a deeper discussion to get that concept to encompass our feelings for dead baby orcas and biodiversity degradation more generally. I would welcome that discussion.