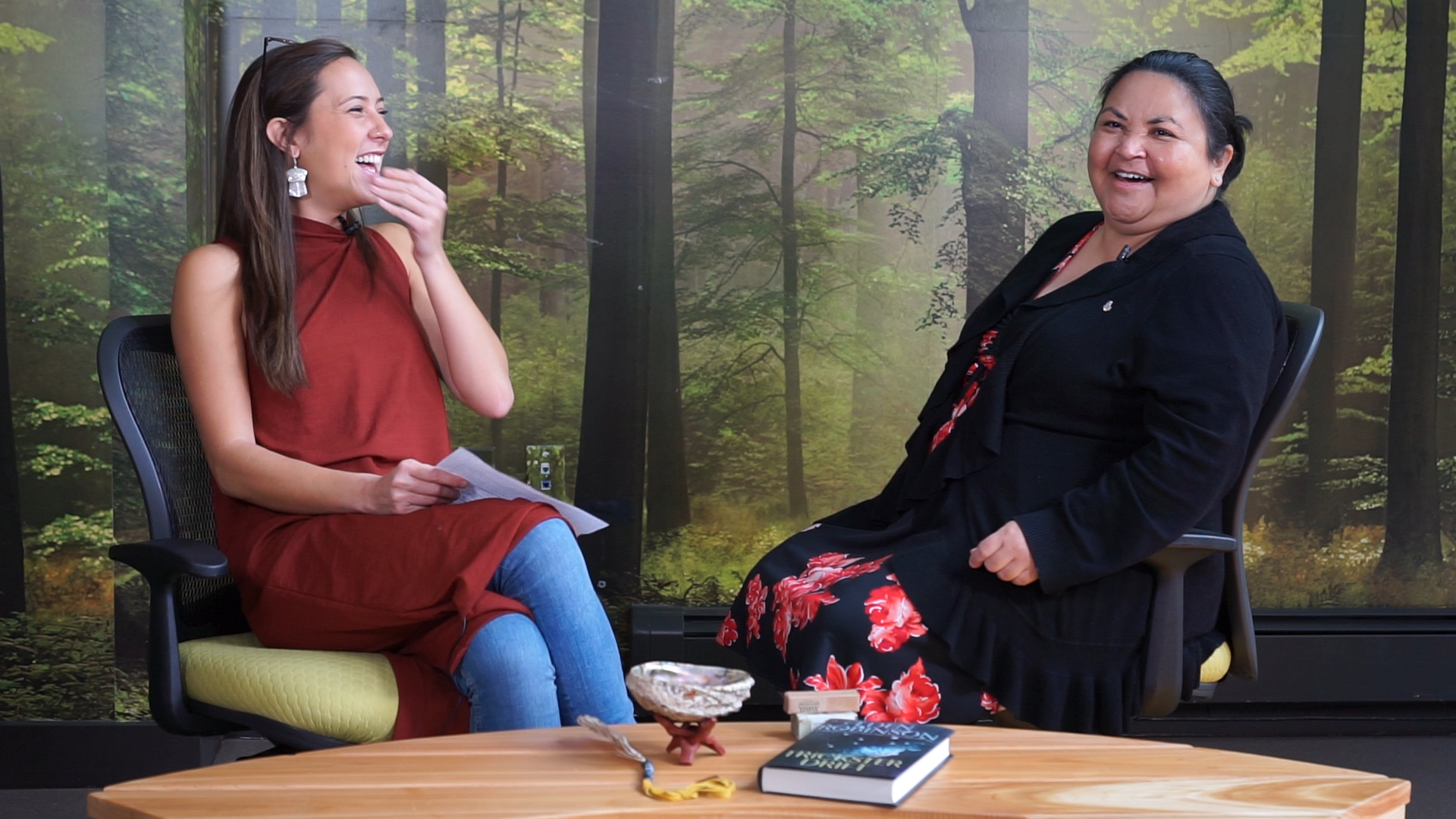 Reporter Emilee Gilpin sits down to share a few laughs and stories on Oct. 3 in Vancouver with celebrated author Eden Robinson who just released 'Trickster Drift,' the second book in a three-part series. Photo by Michael Ruffolo
Previous story
Next story

Eden Robinson has been writing ever since she was a "moody teenage girl" who just wanted to hole up in her room and write poetry. She still hides and hibernates, to give birth to her rich, dark, humorous award-winning stories. But sometimes she emerges to share secrets about her inspiration and success.

Robinson, who's Haisla and Heiltsuk, spoke with journalist Emilee Gilpin at Skwachàys Lodge on Oct. 3. In the interview, Robinson spoke about how she navigates the politics of her community, the supernatural world, and working with non-Indigenous editors. She also answered questions sent online from members of the Bella Bella book club and aspiring Indigenous writers.

Here's what Robinson had to say.

Robinson just started the beginning of a six-week book launch for the sequel 'Trickster Drift' of a three-part series, she told National Observer on Oct. 3. She said when she finishes the tour, she'll finish up a few projects and get started on the third novel of the Trickster series, with the help of "a lot of coffee." Video by Michael Ruffolo and Emilee Gilpin

Eden has such a healthy laugh

Eden has such a healthy laugh.