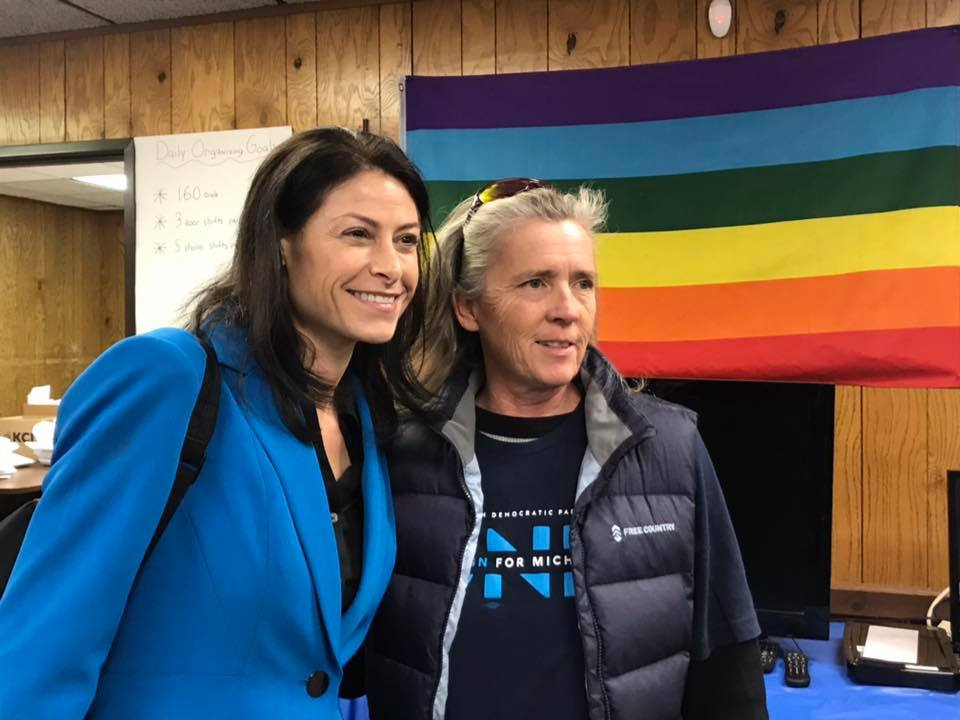 Dana Nessel poses for a photo at an event in Michigan in an image posted on Nov. 4, 2018. Nessel was elected on Nov. 6 as state attorney general. Photo posted by Dana Nessel on Facebook
Previous story

This article was originally published by Mother Jones and appears here as part of the Climate Desk collaboration.

The votes are in and Democratic candidate Dana Nessel will be the next attorney general of Michigan. Nessel is set to replace Republican Bill Schuette, who lost his bid to be the next governor of Michigan. Now, the Democrat is set to tackle marijuana legalization and civil rights issues, as well as the myriad of environmental problems facing Michigan, including the ongoing Flint water crisis investigation.

After consistently leading in polls throughout the campaign, Nessel handily beat Republican Tom Leonard, a state house representative. As Mother Jones reported in October, the winner of the attorney general’s race will inherit the investigation into the Flint water crisis from Schuette. Throughout the campaign Nessel signaled that she wanted a fresh start for the investigation that Schuette began nearly three years ago:

“I have long been a critic of the way in which Bill Schuette has handled the Flint water crisis investigation,” Nessel told Bridge, a news site run by the Center for Michigan, a nonprofit think tank. “He is merely an opportunist who has used the crisis to further his political ambitions via a series of politically charged show trials.” As attorney general, Nessel promised to “re-evaluate” the investigation and any pending cases “as the entire process has been highly suspect.”

The investigation which was launched in 2016—two years after the crisis began—has left Flint residents and activists feeling as if those responsible have faced little consequence. Schuette has been accused of exploiting the prosecutions for political gain and many feel that term-limited Republican Gov. Rick Snyder has not been held accountable for this role in the crisis.

So far, more than a dozen officials have been charged with crimes for the crisis, including Nick Lyon, the head of the state’s Department of Health and Human Services. Lyon, the highest-ranking official to be charged, is set to stand trial involuntary manslaughter for the death of an elderly man who died after contracting Legionnaire’s disease, which may be linked to the poisoned water. Now that Nessel is poised to take the reigns, activists are hoping the Democrat will keep her word and reassess the investigation.

Nessel joins Gretchen Whitmer, who was handily elected governor, in what was a big night for Democrats in Michigan.