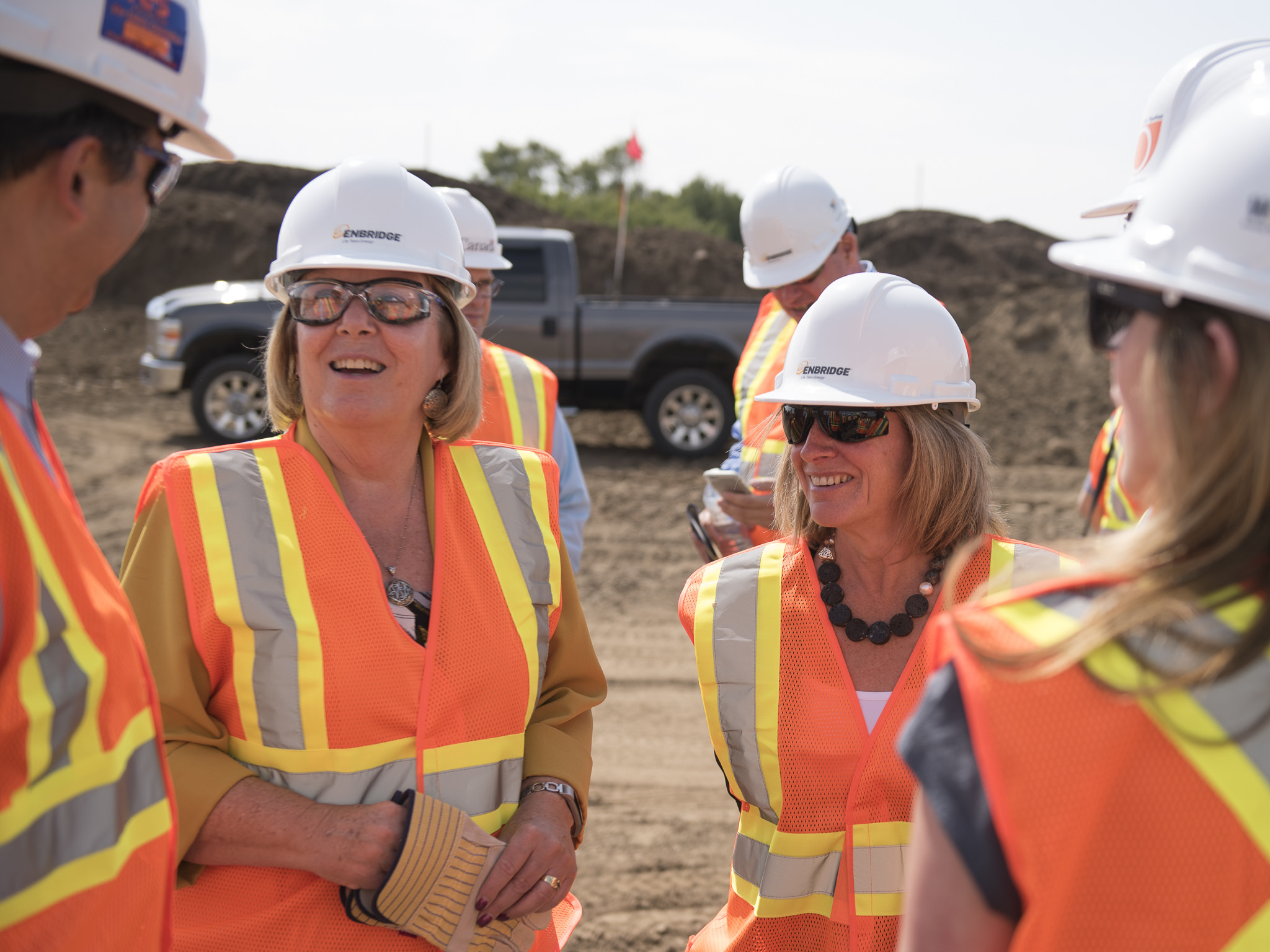 The Alberta government is “cracking down” on the province’s oil and gas sector by asking the province’s industry-funded energy regulator to step up, Energy Minister Margaret McCuaig-Boyd said Monday.

On Friday, the Toronto Star, StarMetro Calgary, and National Observer published a joint investigation that found the oil industry’s strategy to deal with a trillion litres of toxic bitumen mining waste — called tailings — is centred on an unproven process. Despite years of promises from public officials that the ponds where the tailings are stored would shrink and go away, they continue to grow and appear to be leaking into the nearby Athabasca River system, the investigation found.

McCuaig-Boyd declined to comment on the tailings issue in an interview Monday. However, she did blame the looming costs of cleaning up the oilpatch on the previous conservative government, and said she has directed the Alberta Energy Regulator (AER), which is industry-funded, to tighten its rules in key areas to “keep bad actors off the landscape” and ensure “responsible companies are protected.”

“It’s a problem that’s built up over decades,” she said. “It’s not an overnight fix but (the AER is) working with us... We’ll be able to report more soon.”

Earlier this month, the joint investigation revealed the cost of cleaning up Alberta’s oilpatch could be as high as $260 billion. The AER had previously said the cost was just over $58 billion.

The joint media report was based on a presentation given by one of the regulator’s vice-presidents, released through Freedom-of-Information legislation. The regulator has since said its use of the higher figure, which was calculated by its own experts, was a “mistake” and it stands by the lower figure.

The liability estimate factors in the costs of shutting down and cleaning up oil-and-gas sites at the end of their usefulness. That includes inactive wells, pipelines and tailings ponds in the oilsands. So far, companies have only submitted about $1.6 billion in security deposits to cover the cost.

Alberta has also seen an increasing number of inactive wells becoming “orphans” — sites at the end of their useful lives that need to be cleaned up, but no longer have owners who can pay for the job. In recent years, the number of orphan wells designated for abandonment has climbed from fewer than 800 to more than 2,000, according to industry data.

Earlier this year, for instance, Sequoia Resources Ltd. went bankrupt and left the province without decommissioning and cleaning up 4,000 wells, pipelines and other facilities.

On Monday, the Alberta Liberal Party called for the NDP government to create a bond program that would require companies to put up cash for cleanup cost, a measure party leader David Khan said could protect the government from picking up such costs in the event of financial disaster.

“Obviously the whole industry is struggling... but we have to have a higher-level discussion about how to meet these challenges,” Khan said. “It’s just not something we can continue to ignore.”

Khan compared the idea to the system used in Texas, which successfully adopted such a program in 2002.

“We don’t have all the specific silver bullet answers, but we want recognition that this is a serious problem and high-level government examination of the situation,” he said. “If we allow companies that are owned by offshore entities to go bankrupt and transfer their liabilities to the public purse or to the rest of the oil and gas industry, it’s going to hurt our homegrown oil and gas producers and it could create a huge liability for everyone in the future.”

McCuaig-Boyd said the government has looked at the bond idea and has a variety of measures in the works, though she declined to share details or a timeline.

“Canadians shouldn’t be on the hook for actions of irresponsible operators,” she said.

In response to the tailings investigation, United Conservative Party MLA Jason Nixon said liabilities and environmental issues in the oilpatch are “not a new thing” in Alberta.

“It is an issue that needs to be addressed by the government long term for the sustainability of our industry and our province,” he said. “We have to do that at the same time right now as trying to balance an economic crisis and being able to make sure we keep our industry going.”

UH-Huh. Cracking down. Uh-Huh. "Please, sir, could I have some more."

About 50 years too late isn't it? Now every Canadian taxpayer is going to enjoy being screwed by the government of Alberta. The bastards in the rest of the country is too busy freezing in the dark to help out. Sorry 'bout that.

When will the emergency of

When will the emergency of climate change take precedence over the profits of the richest? Regulate the hell out of them!

"The AER is working with us."

"The AER is working with us." What a laugh. The AER is famous for unkept promises and outright lies to benefit the industry. How about looking into all the contamination of Alberta's water that has already been done by fracking? Is there any safe water anywhere in this province except Banff and Canmore? How will they prevent it from worsening? Is the well "cleanup" monitored and reviewed or are industry statements that well cleanup is complete accepted as gospel, like the statements that emissions are within limits or that water is not being contaminated are accepted with no real independent confirmation? Alberta is a mess and companies are never held to account.