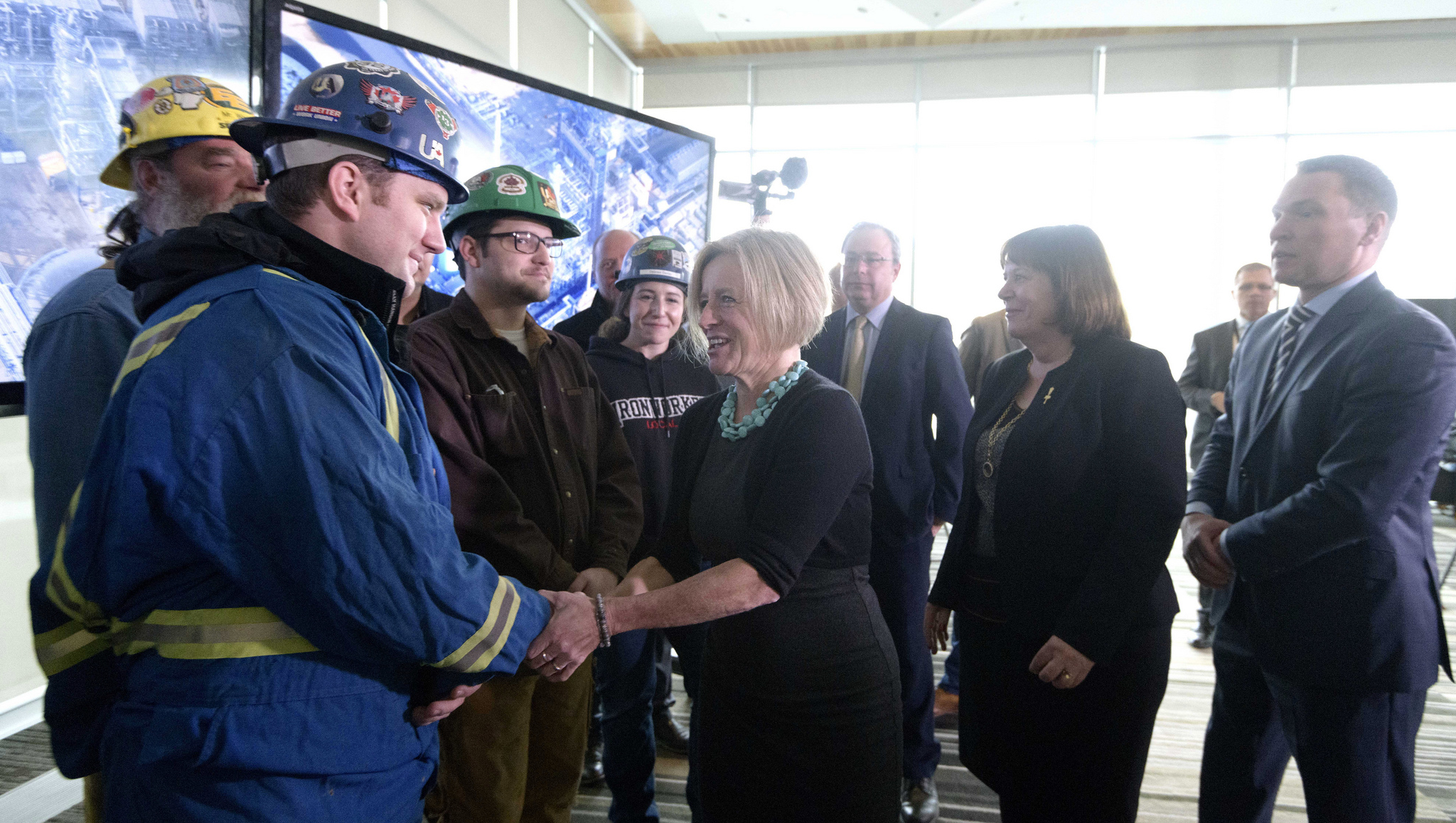 Alberta is asking private companies for proposals to build or expand oil refineries, one of several steps to deal with what Premier Rachel Notley called "an extraordinary and punishing oil price crisis."

Notley painted the move as a necessary government investment to create more jobs in Alberta and get more value for its oil while also diversifying how it is used.

“Let’s start making more of the products that the world needs right here at home,” she said at a news conference, adding that the government had heard from a number of interested companies in recent months.

She did not say what volume of refining capacity the government was hoping to see in proposals, which are due by Feb. 8 and can be for a completely new project or an expansion to an existing site either in Alberta or tied to Alberta production.

Nor did she say how much the government would pay for the refining expansion. “We’re not yet at the point where we’re going to talk about the exact amount or the nature of government’s engagement,” she said, indicating that tax or royalty breaks were not out of the question.

Alberta's NDP government has been fighting its sister party in British Columbia, and pushing the federal Liberal government, to try to get a major pipeline expansion to the coast built in order to export more oil at better prices. The proposed Trans Mountain pipeline expansion is back in the regulatory review process as a result of a court order.

The province last month ordered a cut to production which has in the short term helped to reverse a widening deficit between the lower prices Canadian crude producers can get for their heavier oil versus those selling lighter fare in the United States.

Notley repeated an assertion that the lack of pipeline access to tide water for Canada's oil exports is costing Canada's economy up to $80 million a day.

The proposed cuts would take effect beginning in January 2019, and will cut production initially by 325,000 barrels per day, or about 8.7 per cent of the 3.7 million barrels per day of raw crude and bitumen Alberta currently produces.

In November, she announced Alberta will buy trains to move an an additional 120,000 barrels per day out of the province, starting late 2019. The full complement of rail cars would ship out in 2020.

Refine the bitumen in Alberta

Refine the bitumen in Alberta rather than ship raw product to the US (via rail or pipe)? What a great idea! Say, isn't that what Elizabeth May, the leader of the federal Green Party has been promoting for years?

Oh, and that "Canada's economy up to $80 million a day" quote is a made up number used to exaggerate a problem into a crisis. It's based on a flawed Scotiabank report. Most Alberta production is does not suffer from the price differential. That's why some companies were against the forced reduction in production.

Exactly, on both counts.

Exactly, on both counts. Mind you, the Albertans are already destroying masses of their water just fiddling with the bitumen; I wonder how much more the refining process takes. At the rate they're going, they gonna have anything to drink?

The NDP has not sister or

The NDP has not sister or brother parties - it is all the same party tearing itself apart.

Is no one with political and

Is no one with political and economic clout, from the Premier of Alberta to the Prime Minister of Canada, to fossil industry titans to the citizens of Alberta and of Canada, proposing that we should use this downturn in the oil industry, of which there will be many more, to create new industries and employment in Alberta, including a renewable energy industry and a waste management industry to clean up the environmental mess created by the oil and gas industry?

No. The only people

No. The only people suggesting such things are dangerous radicals who must be silenced.

To be fair to Notley, which I

To be fair to Notley, which I really don't want to because she's been utter rubbish on the most important file, she HAS been quietly promoting wind power, as a coal replacement.

Good comment; I agree with you. But I do see oil refineries in Alberta as a temporary--very temporary--measure that may give workers in the oil patch time for retraining. There will have to be assertive and well thought out plans for building renewable energy and waste management industries, and soon.