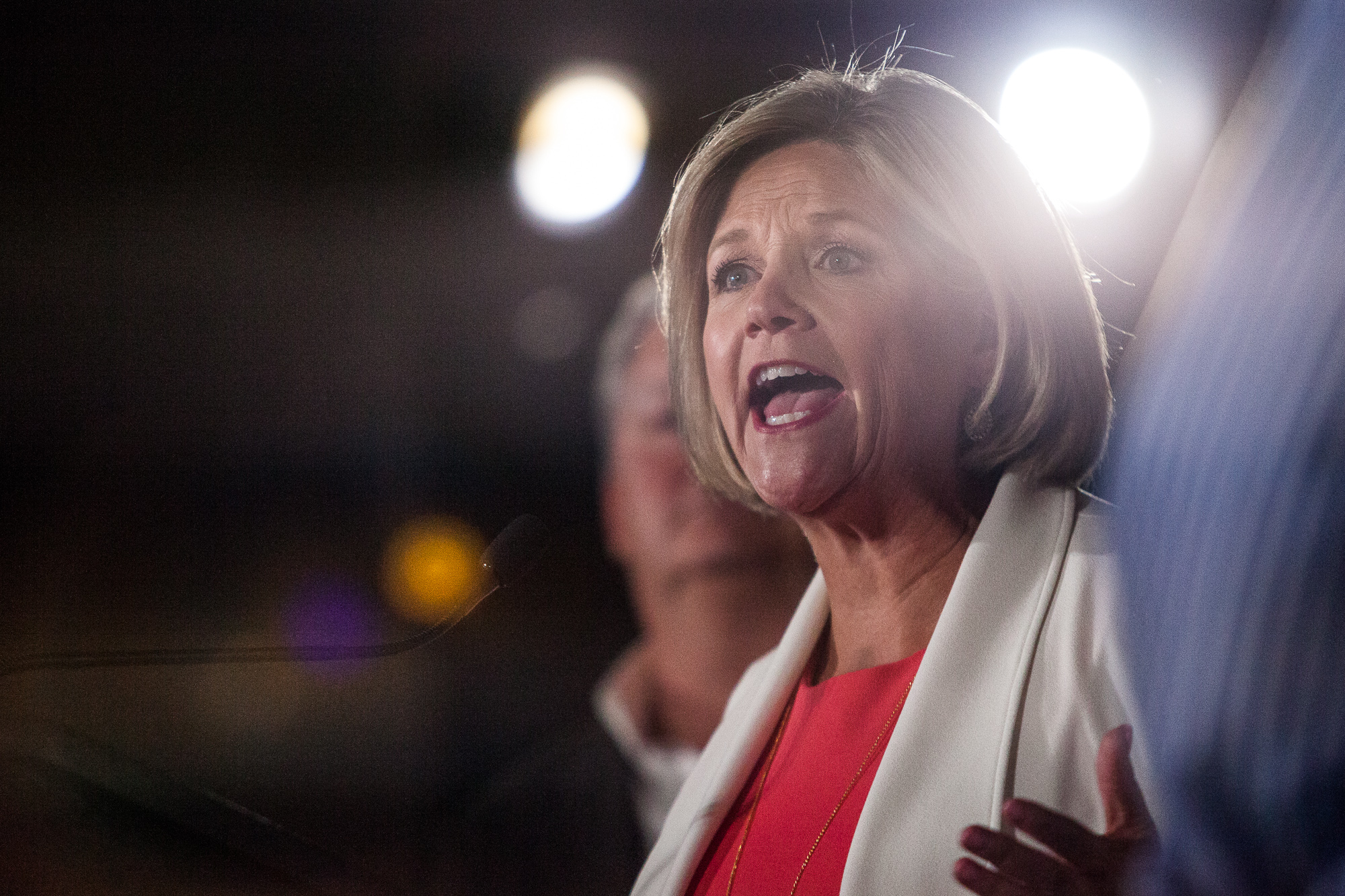 Opposition politicians pounced on a call from Ontario’s interim top cop for an independent investigation into the executive hiring process at the provincial force on Wednesday, as Premier Doug Ford ducked questions over his role in the appointment of a family friend as new commissioner.

The Ford government condemned interim OPP Commissioner Brad Blair for formally complaining to the Ontario ombudsman about the hiring of Ron Taverner — a 73-year-old Toronto Police superintendent and close family friend to the Ford family — to helm the force.

Opposition politicians, however, are urging Taverner, who will be sworn in Monday as Ontario Provincial Police commissioner to temporarily stand down.

Blair's letter was submitted to the ombudsman's office on Tuesday requesting an independent investigation into the executive hiring process at the force. The next morning, Ford appeared at the Toronto Global Forum at a downtown hotel, where he gave a speech about his government’s efforts to cut red tape. The premier entered through a side door and exited through a back route, avoiding reporters.

“When you're the premier and you're running and hiding from the media it means you've got something to hide,” she told reporters.

Horwath, along with other opposition members, urged the government to delay the appointment process set to take place on Dec. 17, until a full investigation is conducted into Ford’s involvement in the matter to “try and get some sense of assurance for the public that their OPP commissioner is not in any way under a cloud of suspicion…because of the relationship with the premier.”

Horwath says the planned installation of Taverner as commissioner of the OPP must not go ahead amid unprecedented allegations of political interference by Doug Ford.https://t.co/I9bVDxwRq6 #onpoli

In a letter to the premier, Horwath urged Ford to create an emergency special committee “with equal representation from government and opposition members, to conduct a full review of the appointment process that led to Taverner’s selection.” The committee, Horwath added, should have “full power to call witnesses and subpoena any relevant documents.”

Horwath also urged the Ontario ombudsman to conduct his own investigation into Taverner’s appointment — echoing Brad Blair’s request to him. “Your investigation will be essential to giving the public confidence in the selection,” Horwath wrote in a letter to the ombudsman on Wednesday.

The NDP leader said she's concerned that Doug Ford himself selected Taverner, citing his decision not to recuse himself from signing the order-in-council that officially selected Taverner and for lowering the required qualifications to allow Taverner to be an eligible candidate.

Ford’s actions in his first six months in office have shown an "extremely disturbing” pattern, Horwath said, of “a government that won’t accept limitations to its power and could very reasonably be perceived as influencing policing operations at the OPP.”

Horwath also wants the RCMP to probe the allegation surrounding Ford's demand for a "pimped out ride” — how she referred to the premier’s chief of staff’s off-book request for “a large camper type vehicle.”

"It's a bad episode of Pimp My Ride," says Horwath, adding that a request like that from a premier may constitute “legal wrongdoing” and that his chief of staff “has to go.”

Lalonde served as Ontario’s solicitor general until the June 2018 election; on Wednesday she called on the current one — Sylvia Jones — to “understand her role” and delay Taverner’s swearing-in so that an investigation into political interference in his appointment can be conducted.

Jones penned the Ford government's only official response to the matter on Wednesday, saying that they "fully and completely dispute" the contents of Blair's letter, while the premier sent a short text to a Toronto Sun reporter: “sour grapes.”

Taverner has refused to comment on the letter, providing only contextual information for the Sun’s report that clarified the camper van referenced in Blair’s letter was an extended-size van.”

“(Ford is) a big guy and it would have more room for he and his team to work while on road,” Taverner told the Sun, adding that he’s not aware of how the van would be purchased or modified. A source close to the premier told the Sun that the request for the larger vehicle was a security and logistical matter and not unusual.

In light of all this, interim Liberal Leader John Fraser has written to the Integrity Commissioner asking for a full review of the appointment process, Lalonde said.

Jones’ denial of wrongdoing “begs the question why she won’t push this back,” Lalonde told reporters. “The appearance of collusion is significantly important…it is really inappropriate.”

If the government won’t do anything, both Horwath and Lalonde urged Taverner to “do the right thing” for the police force he has spent his life serving by stepping aside. Both unequivocally commended Blair on coming forward “for the right reasons.”

Green Party Leader and MPP Mike Schreiner echoed the call to delay the appointment. In a statement, Schreiner said the allegations of interference were "very concerning."

"Cronyism and political tampering have no place in a western democracy," Schreiner wrote, adding that the premier should suspend his chief of staff "until the truth comes to light."

"Ford must put the integrity of his position above petty partisanship," Schreiner said.

To me it's clear that until these mounting allegations of political interference are resolved, both Dean French and Ron Taverner must step aside.

I'm asking the Premier to do the right thing and show his commitment to transparency. #onpoli https://t.co/ajVkvqPQrt pic.twitter.com/1cusC1b4mR

“The independence of police forces is fundamental to our democracy,” Horwath said, emphasising that the OPP would be the police force most likely to investigate any actions by the government.

The Supreme Court has laid out this separation clearly, Horwath said, as has the 1995 Ipperwash inquiry near Ontario. The inquiry found that then-premier Mike Harris overstepped his bounds in instructing the OPP to stop a First Nations protest at the Ipperwash Provincial Park near Lake Huron. Hours after his instruction, an unarmed First Nations man named Dudley George was fatally shot by an OPP officer, who was later charged.

"The attorney general and premier of this province need to get it together," Horwath said.

“There needs to be a separation between government and policing…I think it’s shocking that Mr. Ford doesn’t get that and thinks he can meddle in that process and create this blurred line,” she said. “Who has confidence that a very close family friend of the premier is going to be able to, in a non-biased way, represent the interests of the public as opposed to the interests of the premier if something should occur that required an investigation?”

One has to wonder about the

One has to wonder about the Ford Brothers' shady past. One of the times that Rob Ford left his phone in a crack house he put the word out that the phone should be returned and not messed with because "he knew crooked cops". Could Taverner be one of these crooked cops? We need to know.