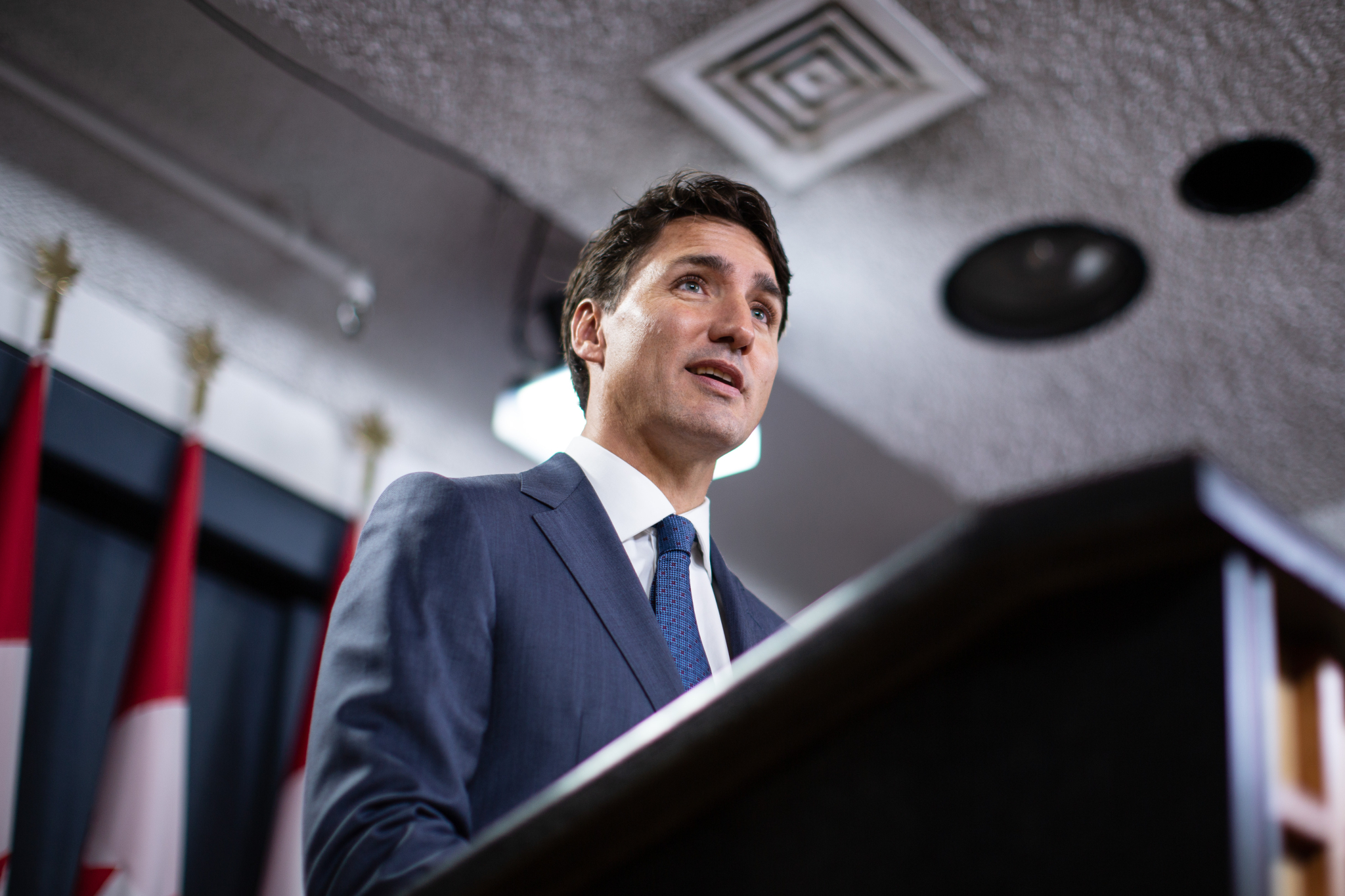 Chinese authorities have detained a third Canadian but Prime Minister Justin Trudeau says there's no reason yet to believe the case is linked to the recent arrests of two other Canadians in the country.

"These are two very different situations," Trudeau told a news conference in Ottawa. "There are tens of thousands of Canadians who live, travel, work in China in any given year — there are obviously regular situations where Canadians require consular assistance."

He added that the government is taking the most recent case seriously and that it's looking into details that don't "seem to fit the pattern of the previous two." He raised visa issues as the sort of thing that might draw Chinese authorities' attention.

The case involves an Alberta woman who has been teaching in China for months and has indeed been held over a visa irregularity, Conservative MP Erin O'Toole said Wednesday in an interview. Until her detention, he said, she hadn't had any problems with her visa.

O'Toole said the woman's case was brought to the attention of a Tory MP in Alberta; O'Toole is the party's foreign-affairs critic so he relayed the information to Foreign Affairs Minister Chrystia Freeland on Tuesday.

He declined to give any additional information about the woman, citing privacy concerns. O'Toole said he didn't know whether the woman was still being detained by late Wednesday.

"There's hundreds of Canadians in one way or another working (in China) and is this something that they should worry about — existing visas?" O'Toole said. "That's what's very disconcerting about this ... Canadians should know if suddenly visas are going to be pulled and reviewed and reconsidered."

The latest detention comes with Canada locked in a diplomatic dispute with the Asian superpower.

Meng Wanzhou, the chief financial officer of tech giant Huawei, was arrested in Vancouver on Dec. 1 at the request of the United States, where she is wanted on fraud allegations. Law-enforcement officials allege that she lied to U.S. banks about a corporate structure devised to get around sanctions against Iran.

Her arrest enraged China. It has demanded her release and warned of serious consequences for Canada.

Entrepreneur Michael Spavor and Michael Kovrig, a former diplomat on a leave of absence from Global Affairs, both remain in custody.

China has granted Canada access to both Spavor and Kovrig. Global Affairs Canada has said John McCallum, Canada's ambassador to China, met with Kovrig on Friday and Spavor on Sunday.

Meng has since been released on bail and is to return to court in February for what most legal observers predict could be a long, drawn-out legal process.

Spavor is director of the Paektu Cultural Exchange and one of the few people from the West to have met North Korean leader Kim Jong Un. He also helped arrange a visit to North Korea by former basketball star Dennis Rodman.

Kovrig served as a diplomat in China until 2016 and has been working for the International Crisis Group, a non-governmental agency focused on ending conflicts.

Trudeau told reporters Wednesday that he's holding off on publicly demanding Spavor's and Kovrig's release because that could be counterproductive.

He conceded that now that he's in power, things look different from the way they did before he became prime minister.

"Every case is different. It requires a complex approach that is a combination of multiple different elements," Trudeau said.

"I remember standing in the House and challenging (Stephen) Harper to 'pick up the phone and get this Canadian released.' I now understand that it's a lot more complicated than that … Sometimes politicizing or amplifying the level of public discourse on this may be satisfying in the short term, but would not contribute to the outcome that we all want, which is for Canadians to be safe and secure."

In a recent interview with The Canadian Press, Trudeau said it's often best to let diplomats speak to diplomats and ministers speak to ministers, and keep leader-to-leader talks as a last resort.

"You don't wait as if the call is some trump card after 10 detentions or something," he said.