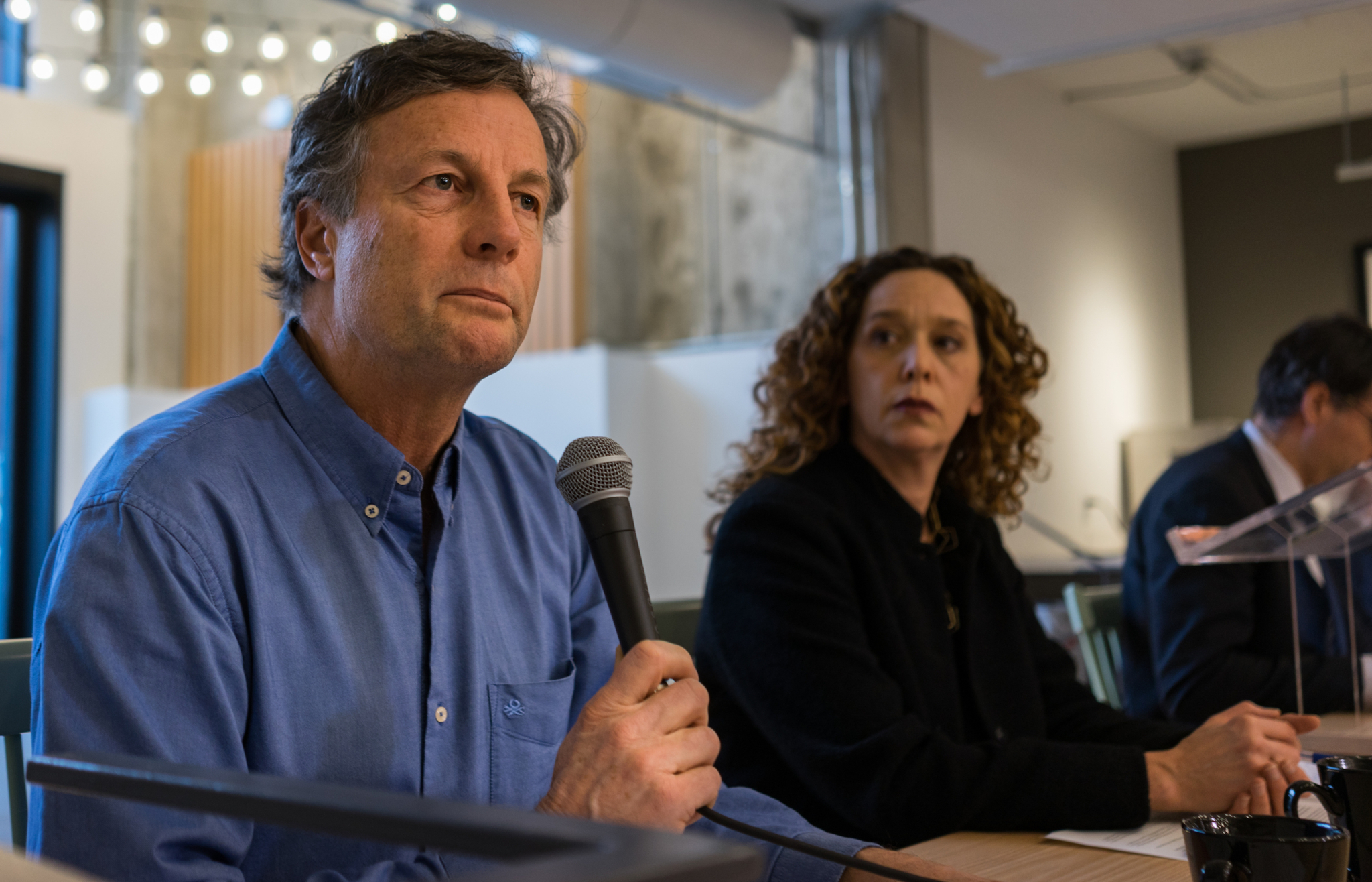 The National Energy Board (NEB) is accepting comments on whether it should consider all climate-related impacts of the proposed Trans Mountain oil pipeline and tanker expansion in its latest review of the project.

The regulatory agency made the announcement Wednesday in response to a legal motion by Stand.earth, an environmental advocacy group, urging it to set aside a 2014 ruling against a similar motion.

In order to determine whether to set aside its earlier ruling, the NEB must first decide whether Stand.earth's motion raises a doubt as to the correctness of that earlier decision. It will accept comments from other hearing participants about whether the review should consider all of the climate effects that will arise as a result of the approval of the pipeline expansion.

If the board decides Stand.earth has raised such a doubt, it will then review the earlier decision based on its merits. The 2014 decision was made after several parties asked the board to consider environmental effects on caribou, Fraser River sockeye salmon and the Indigenous right to fish, carbon emissions from the oilsands and the effects of water use in producing this oil and the effects of all marine shipping.

It's not unusual for the NEB to ask for comments such as these, but it's also not required, James Stevenson, an NEB communications officer, said in an email to National Observer.

The NEB ruled in 2014 that since those other effects were not necessarily going to occur simply because the pipeline was expanded, they were not required to consider those effects.

"Oil, whether from Canada or from elsewhere in the world, will go to where the demand is, whether or not the Project proceeds," the board wrote in its ruling. It said a "full environmental and socio-economic assessment of upstream and downstream effects is not required or relevant."

Stand.earth is an intervenor in the NEB's review of its May 2016 approval of the pipeline and is now arguing that it should consider all of the environmental effects -- such as the GHG emissions that will be created due to the expansion of the oilsands or when the fuel shipped in the pipeline is burned.

In August 2018, the Federal Court of Appeals quashed the federal government's initial approval of the pipeline, saying the NEB made a "critical error" when it decided not to include tanker traffic, and particularly its effect on the endangered southern resident killer whales, as part of its initial review. The court also found that Canada had not adequately consulted First Nations.

When announcing its motion, the Stand.earth was backed by two climate change scientists, Kirsten Zickfeld, a Simon Fraser University associate professor of climate science, and Mark Jaccard, a climate energy economics professor at SFU. They said oilsands expansion is inconsistent with meeting the target of keeping warming below 1.5 C.

Oilsands companies would be able to expand well beyond current production levels if the project to ship more oil gets the green light. The oilsands, bituminous heavy oil mixed with sand beneath the boreal forest, contain the world's third largest reserves of crude oil after Saudi Arabia and Venezuela, but they are also Canada's fastest growing source of greenhouse gas emissions.

Tracy Sherlock writes about B.C. politics for National Observer. Reach her with tips or comments at [email protected]

Just following procedural rules ... the NEB is so imbued in this "decision" to approve this pipeline expansion. We are threatened by extinction (caused by human greed) and the NEB wants comments from interested parties? Exactly how can this help inform the NEB?

There is a point of view that

There is a point of view that resources left in the ground is a wasted asset. The other view is that we have a responsibility to understand our actions have consequences which will be dealt for the children who will replace us. That by cooking the planet, it will flood and burn our homes and insects flourish and consume our crops. My actions are in keeping with a hospitable planet for my children. Bicycle, don't fly, eat local & live simply. Easier said than done but it's a goal we can accomplish.

Of course NEB should consider

Let's see now.
We have global warming at an unparalleled rate.
Ice caps and glaciers are melting faster than ever.
Weather "situations"--hurricanes, tornadoes, floods, etc. are out of control.
We are advised that we, the taxpayers of Canada, are going to be inflicted with a
six
billion
dollar
bill to clean up the Alberta tar sands.
Fish stocks, orca pods, other west-coast sea creatures, are plummeting in number.

And the NEB wonders if they need to consider all the factors in this decision?