North American glaciers melting much faster than 10 years ago: study 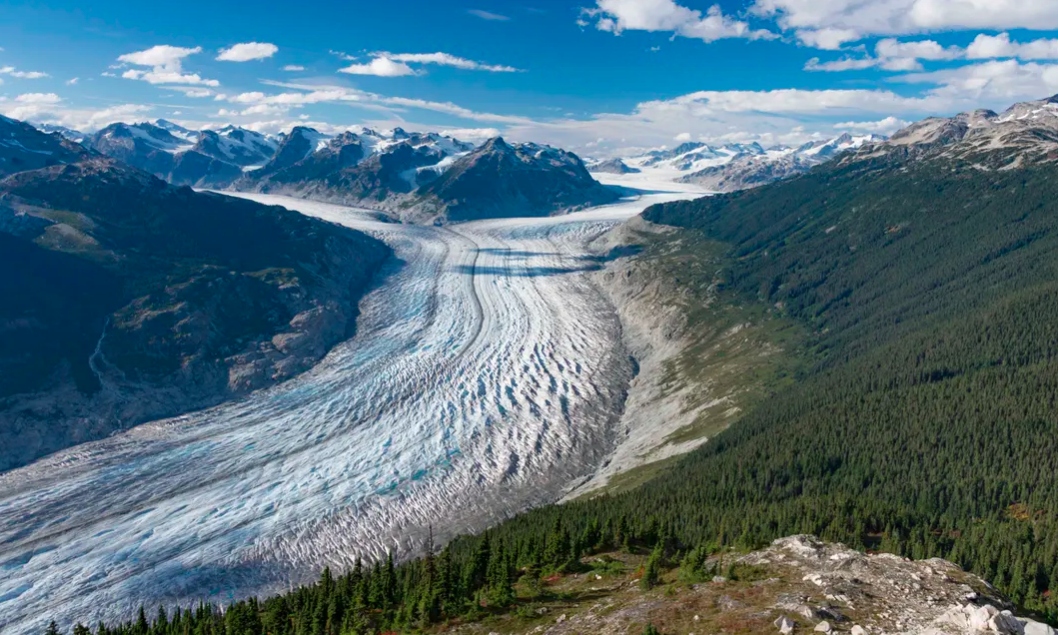 Glaciers in western North America, excluding Alaska, are melting four times faster than in the previous decade, with changes in the jet stream exacerbating the longer-term effects of climate change, according to a new study.

The retreat hasn’t been equal in the US and Canada. The famous alpine ice masses in the Cascade Mountains in the north-west US have largely been spared from the trend.

“The losses we would expect were reduced because we got a lot of additional snow,” said David Shean, a co-author at the University of Washington. “Moving forward we may not be so lucky.”

The jet stream – the currents of fast-flowing air in the atmosphere that affect weather – has shifted, causing more snow in the north-western US and less in south-western Canada, according to the study released in Geophysical Research Letters, a publication of the American Geophysical Union. Changes in the northern hemisphere jet stream are increasingly firmly linked to global warming.

That warming from humans burning fossil fuels is also expected to continue to melt alpine glaciers, even under scenarios for more moderate greenhouse gas levels.

While some of the fourfold increase in the melting rate in western North America is related to manmade climate change, the researchers can’t say with certainty how much.

“We’re starting to understand these shorter cycles that have real impacts on how the glaciers are behaving and how much water is stored in the glaciers,” Shean explained.

Alaskan glaciers get much of the attention in North America because Alaska is warming faster than the continental US. Mount Hunter in Denali national park, is seeing 60 times more snow melt than it did 150 years ago.

The North American glaciers analyzed in the new study are far smaller than those in Alaska, Asia and elsewhere, so they won’t contribute much to sea-level rise as they melt. The authors say they offer critical lessons for water management, fisheries and flood prevention.

With shrinking glaciers, less water will be available for nearby river systems when rainfall is low. In some parts of the world, millions of people could lose their primary water supplies.

With shrinking glaciers, less water will be available for nearby river systems when rainfall is low. In some parts of the world, millions of people could lose their primary water supplies. #climatechange

In the Pacific north-west US, if glaciers melted entirely, that could reduce the flow of certain watersheds by up to about 15 per cent in dry months of August and September, Shean said.

“In our case that will have an impact, especially if we’re having a drought year … but in general at least for the foreseeable future we should be OK here in Washington,” he said.

Snow pack changes will be more important than glacier melt for water planners in the western US, Shean said.

Still, changes in water temperature could pose problems for fish. And the sediment that comes with melting glaciers could fall to the bottoms of riverbeds, making them overflow during heavy rains.

The authors got their data by comparing satellite images of glaciers from 2000 to 2009 and from 2009 to 2018. They estimated elevation changes, which can be difficult to assess with the smallest glaciers. Other researchers are attempting to get spy satellite and aerial photos from the 1950s and 1960s declassified so they can study longer-term changes, Shean said.