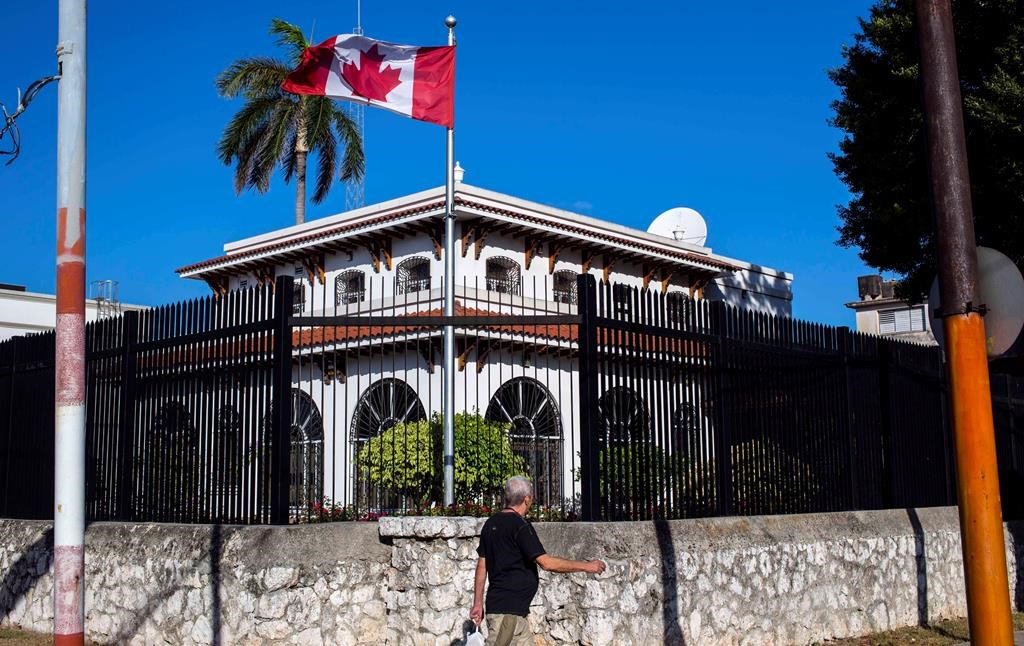 A man walks beside Canada's embassy in Havana, Cuba, on Tuesday, April 17, 2018. File photo by The Associated Press/Desmond Boylan
Previous story
Next story

Five Canadian diplomats and their family members who became mysteriously ill while posted to Cuba are suing Ottawa for more than $28 million.

In a statement of claim filed Wednesday in Federal Court, the diplomats say the Canadian government failed to protect them, hid crucial information and downplayed the seriousness of the risks.

Global Affairs has said the government is trying to pinpoint the cause, stressing that the health and safety of diplomatic staff and their families are the priorities.

Speculation has focused on some kind of acoustic or microwave assault, unknown contaminants and even chirping crickets.

Officials have all but ruled out environmental factors, such as toxins in the air, soil or water, and no longer suspect a sonic attack is to blame.

In April, Canada announced that diplomats posted to Cuba would not be accompanied by dependants due to the ongoing uncertainty.

The statement of claim says that not only "were the diplomats prevented from considering the true risks of a Havana posting to their own health, but they were also denied the opportunity to protect their children, and must live with the knowledge that they may never fully recover."

The allegations have not yet been tested in court.

A doctor is now working full time to provide advice and assistance to those who have continuing symptoms.

In their claim, however, the diplomats say Ottawa has "actively interfered" with their ability to seek appropriate medical care.

The RCMP is leading an investigation into the cause of the ailments, which also struck several American diplomats in Havana.

Canada has been working with the U.S. and Cuban authorities on the baffling puzzle.

Some Canadian diplomats who fell ill in Havana unable to work, having relapses