Scientist who resisted censorship of climate report lost her job 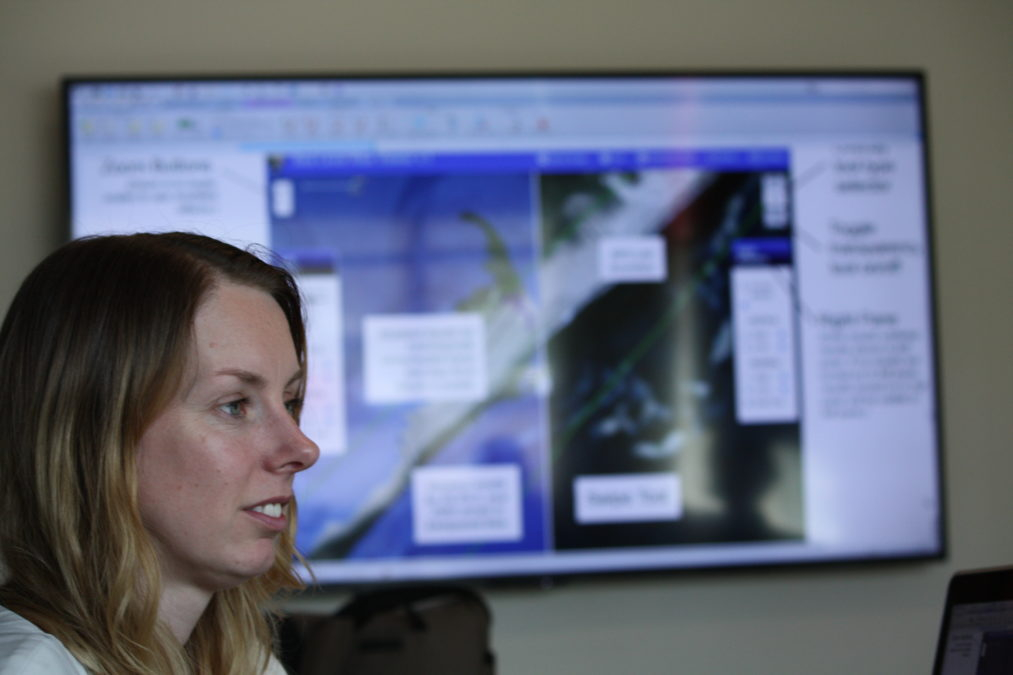 This story was originally published by Reveal and appears here as part of the Climate Desk collaboration.

For several years, climate change scientist Maria Caffrey led a trailblazing study outlining the risks of rising seas at national parks. After Friday, she’ll be out of a job.

Caffrey, who worked under a contract with the National Park Service, resisted efforts by federal officials to remove all references to human causes of climate change in her scientific report. After Reveal from The Center for Investigative Reporting reported the attempts at censorship, Democratic members of Congress called for an investigation, and last May, the park service released the report with all the references reinstated.

Caffrey’s contract expires on Friday. Park service officials told her last year that they would hire her for a new project. But they notified her today that no funding is available for the work.

Caffrey said she asked her supervisor at the park service, “Is this because of the climate change stuff?” She said he told her, “I don’t want to answer that.” Park service officials did not respond to questions from Reveal about why Caffrey wasn’t rehired. But spokesman Jeremy Barnum said it was not because she spoke out against the editing of the climate report.

All federal scientists are vulnerable, but scientists like Caffrey who work under federal contracts face particular risk because they can be fired easily and their funding can be pulled, said Jeff Ruch, executive director of Public Employees for Environmental Responsibility, which represents federal and state scientists in complaints against agencies.

In a January episode of Reveal, Caffrey spoke about the pressure she experienced during the editing of the parks report. She said supervisors at the park service yelled at her and threatened to kill the report or remove her name if she would not agree to the changes. Some told her they could lose their jobs or be transferred if she didn’t capitulate.

“It’s different kinds of bullying and pressure from different people,” Caffrey said. “If one person says one thing and then another person says another thing, after awhile it really starts to build up and it becomes an absolute mountain.”

The report projects the effects of sea level rise at 118 coastal parks in 2030, 2050 and 2100. It includes four scenarios of global greenhouse gases — which come mostly from the burning of fossil fuels — based on whether and how much people reduce greenhouse gases.

The research started under President Barack Obama’s administration, but then was held up for more than a year after Trump took office.

Reveal obtained 18 drafts of the report. In one draft, a park service official crossed out five uses of the word “anthropogenic,” the term for people’s impact on nature, along with three references to “human activities” causing climate change. Trump questions that humans are causing climate change, but climate scientists around the globe have concluded that greenhouse gases from human activities are causing the planet to warm.

As part of her research, Caffrey developed an idea for an interactive website to enable the public and park staff to visualize the threat rising seas pose to individual parks. She led the website project, but was removed from it in May, before it was completed and published in December.

“Essentially, I feel I’ve been shut out from my project. It certainly feels like there could be some retribution playing a role in this,” Caffrey said at the time.

Last spring, Caffrey accepted a temporary contract at the park service that was unrelated to climate change. She was paid $25,000 a year, about a third of the salary that she had earned for several years. Her supervisors at the park service’s water resources division tried to secure funding for a better position, paying $76,000 a year, to assess wetlands at national parks, according to Caffrey and park service emails. But they emailed her on Thursday that the funding isn’t available.

Ruch said federal agencies’ scientific integrity policies have little teeth, and, while scientists’ careers often suffer when they stand up for research that doesn’t fit agencies’ priorities, the career staff that sideline it often thrive.

Caffrey, 37, doesn’t regret her decision to stand up for her science.

“I wouldn’t do anything different, but Jesus, this is stressful,” she said. She’s pulling her toddler out of day care and has set a goal of applying for a new job every day.

Caffrey’s career may have taken a hit, but her science is publicly available to show how much climate change threatens parks with permanent flooding and storm damage, and how reducing greenhouse gas emissions could reduce the damage.

“Maria is a smart, dedicated, and accomplished scientist. If these were normal times, she would continue to make valuable contributions within the park service and for the future of our globe,” said William Manley, a University of Colorado research scientist who worked with Caffrey on her sea level research for the park service. “We should all be grateful for her efforts.”

Glaciers in Western Canada retreat because of climate change: experts

So Republicans are for

So Republicans are for freedom of speech--as long as it is free of facts and evidence. Fear of examining the truth of climate change unfortunately doesn't serve as a protective barrier, when the waves, floods, or flames are coming for you.

Hopefully the trend toward Americans electing responsible adults won't diminish, and won't find it's reversal here in Canada. Would be nice if Mr. Scheer and his compatriots got as excited about tackling climate change as this trumped up issue over SNC Lavlin has made him. Climate change threatens all of us, increasingly, in regard to every important element of our futures: our security, our economy, our health, our environment, and our quality of life. As I understand it, SNC has already taken significant measures to address their past misdemeanours. Scheer obviously isn't concerned about the crux of the issue, or the most vital of global issues, but just the chance to make hay, for his own selfish purposes.

Good luck to Maria Caffrey. She should look for a role enabling the New Green Deal.

Given that the National

Given that the National Observer is a Canadian news site and most of its articles are about Canada, this piece should have made clear from the beginning that it is about events in the United States, just to avoid initial confusion.