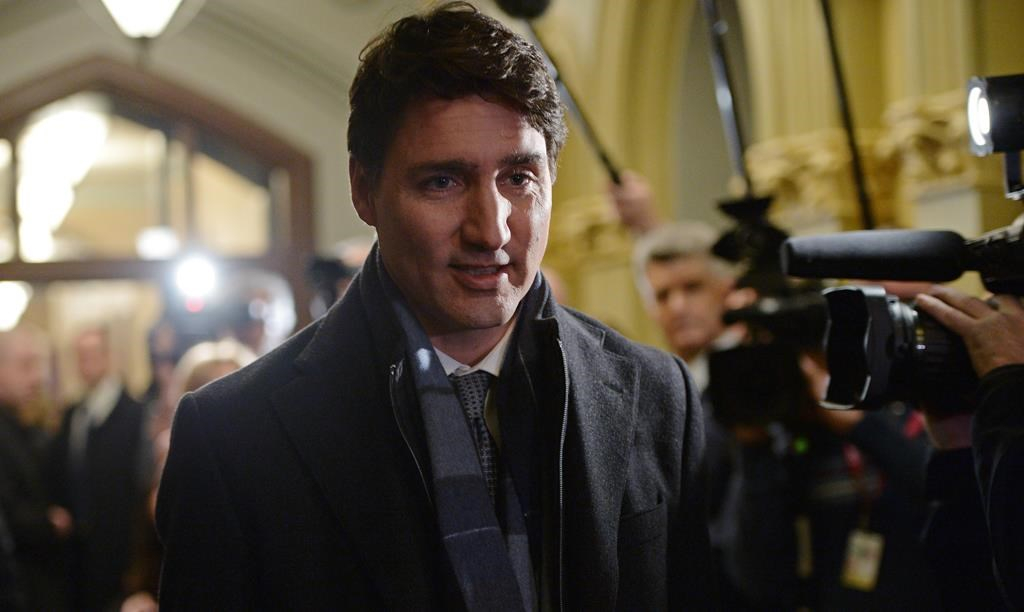 Prime Minister Justin Trudeau says it was important to waive solicitor-client privilege and cabinet confidentiality to allow former justice minister Jody Wilson-Raybould to tell her side of the SNC-Lavalin story before a parliamentary committee.

Trudeau also says he is looking forward to hearing her testimony.

"It is important that people get an opportunity to testify or share their point of view with the committee," Trudeau said on his way into the weekly cabinet meeting in Ottawa.

"As we said, waiving privilege, waiving cabinet confidentiality is something that we had to take very seriously, but I'm pleased that Ms. Wilson-Raybould is going to be able to share her perspective."

Late Monday, an order-in-council was published lifting confidentiality restrictions on Wilson-Raybould and anyone she talked to about negotiating a remediation agreement with the Quebec engineering giant rather than pursuing a criminal prosecution for bribery and fraud.

She cannot speak about any conversations she had with the director of public prosecutions, who decided in September not to allow SNC-Lavalin to take advantage of a change to the criminal code introducing remediation agreements. The agreements allow companies to avoid a criminal prosecution if they admit wrongdoing, pay fines and restitution and plan to prevent future bad behaviour.

Trudeau and Wilson-Raybould were awaiting legal advice on the extent of solicitor-client privilege protecting their conversations.

Justice Minister David Lametti, who was advising Trudeau on the matter of privilege, says his office had contact with Wilson-Raybould's legal team on the matter.

Trudeau has insisted he was always clear that the decision whether to prosecute was Wilson-Raybould's alone.

Wilson-Raybould could appear at committee as early as Wednesday, and has asked to deliver a 30-minute opening speech before taking questions.

Wilson-Raybould speaks to cabinet, invited to testify at committee on SNC-Lavalin

"It is important that people

"It is important that people get an opportunity to testify or share their point of view with the committee," Trudeau said on his way into the weekly cabinet meeting in Ottawa.
So at the end of the day her point of view will be spun as a misunderstanding.
Next up? Vice-Admiral Norman. It should dovetail nicely with the coming federal election campaign.