Norway's US$1 trillion fund to dump oil and gas shares, including Canadian names 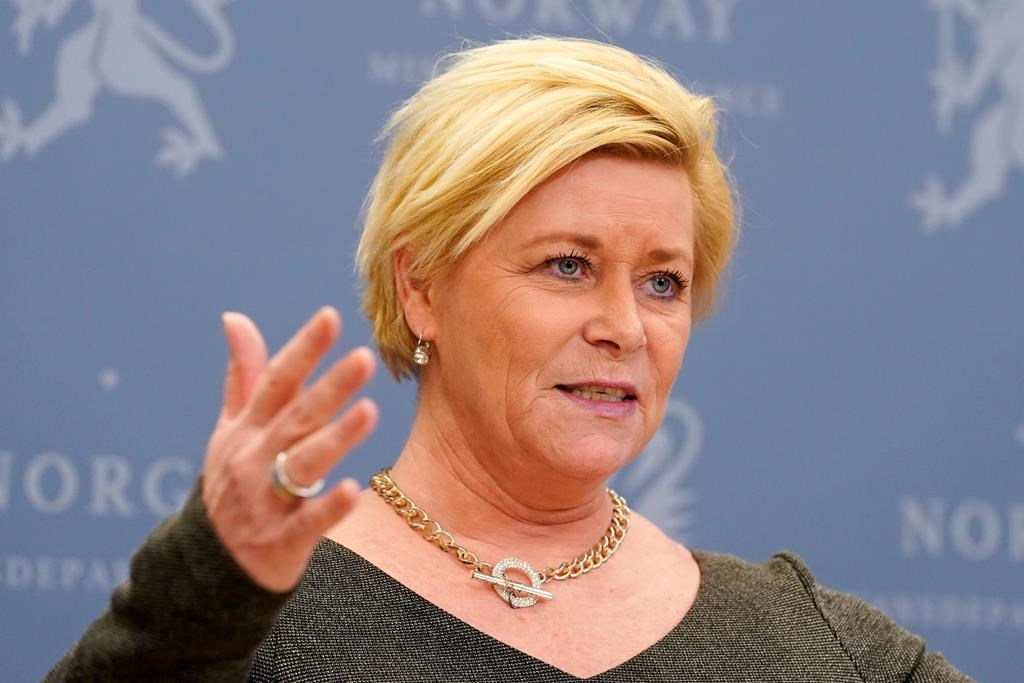 Norway's US$1-trillion wealth fund, the biggest of its kind in the world, will begin dumping shares in oil and gas companies including some Canadian names, but stopped short of barring major producers like Suncor, ExxonMobil and Chevron.

The move was hailed by environmental activists as a sign that the global economy is increasingly moving away from fossil fuels toward cleaner energy.

The financial impact, however, may be relatively limited. The move will focus on companies that trade solely in exploration and production rather than the integrated oil giants, that do everything from searching for fossil fuels to selling them to consumers.

The fund is looking to sell some US$7.5 billion in shares in 134 energy companies over time, including 26 Canadian names.

The list includes large Canadian producers such as Canadian Natural Resources Ltd. and Encana Corp. but not large producers that also own refineries such as Suncor Energy Inc. and Husky Energy Inc.

Calgary-based oilsands producer Cenovus Energy Inc. is on the list even though it owns two U.S. refineries in partnership with Houston-based Phillips 66.

"We were quite surprised to see this and we certainly don't agree with their assertion," said Jon Stringham, manager of fiscal and economic policy for the Canadian Association of Petroleum Producers.

"We're seeing billions of dollars here in Canada flowing into innovative technologies that are reducing carbon footprints ... from both E&P (exploration and production) and integrated companies."

He said many forecasts call for growth in global oil and gas demand over the next 20 years driven by rising wealth in poorer countries, which provides a compelling argument to invest in the sector.

The Norwegian government said its motivation was not climate activism but financial. The fund, somewhat ironically, derives its income from Norway's booming oil and gas industry. So reinvesting those proceeds in other sectors is considered a way to keep the money safe should oil and gas prices fall.

"The objective is to reduce the aggregate oil price risk on the whole Norwegian economy," Minister of Finance Siv Jensen told The Associated Press. "The Norwegian state is highly exposed to oil."

Tax receipts from oil production have made Norway rich. They underpin generous welfare provisions. And a hefty proportion is siphoned off into the fund, which was conceived as a pension kitty for the country's 5.3 million inhabitants.

In Stavanger, a city on the rainy west coast where many oil companies are based, the sight of US$100,000 Teslas cruising along fjord-side roads are a marker of the town's oil-sponsored private wealth.

Mark Campanale, executive director of the Carbon Tracker Initiative, a think-tank on climate issues, says Friday's decision is more significant than when the fund sold off its shares in coal companies.

"This shows that while the fund was initially built on revenue from oil and gas, the Ministry of Finance understands that the future belongs to those who transition away from fossil fuels," he said. "Now is the time for smart investors around the world to follow their lead and make decisions driven by the reality of the energy transition."

The selloff of stakes in the Canadian companies is not expected to have a great impact on the market which is already buffeted by issues related to pipeline export capacity and a shortage of capital, said analyst Phil Skolnick of Eight Capital.

He cited Bloomberg statistics from December that show the wealth fund owned just one per cent of Canadian Natural's stock, 0.57 per cent of Encana's shares and 0.68 per cent of Cenovus' shares.

"There's nothing of size when you look at the percentage of total shares outstanding," he said, while cautioning that the impact could worsen if other large funds follow the Norwegian fund's lead.

Jensen said she had instructed Norway's central bank to monitor how the fund was exposed to companies that could contribute to climate change, which is now considered a major risk for financial returns. However, it was too early to say how that assessment might impact investment decisions.

Integrated oil giants were not banned from the fund's investments in part because those companies are considered most likely to invest in green energy — a market the Norwegian government is keen to profit from.

"They take on much bigger investments than renewable companies do. It would be a mistake as I see it to cut off the fund's possibility to invest in them," Jensen said.

Major integrated oil companies will be breathing a sigh of relief, as the Norwegian fund owns large amounts of their shares. At the end of 2018, it owned shares in around 300 oil producers and service companies including almost US$6 billion in Royal Dutch Shell, or 2.5 per cent of the company. It owns 2.3 per cent of London-based BP.

Rather, smaller companies like Marathon Oil and Chesapeake Energy will see their stock sold. Their shares were down 3.7 and 7.1 in late morning trading in the U.S.

The Norwegian fund has a stake in more than 9,000 companies worldwide, including the likes of Apple, Nestle, Microsoft and Samsung. On average, the fund holds 1.4 per cent of all of the world's listed companies. About 70 per cent of its holdings are in shares.

Norway sees boom in electric cars, fueled by the government

Peek at the future: Electric plane cruises skies over Norway

Who's happy, who's not: Norway tops list, Canada 7th