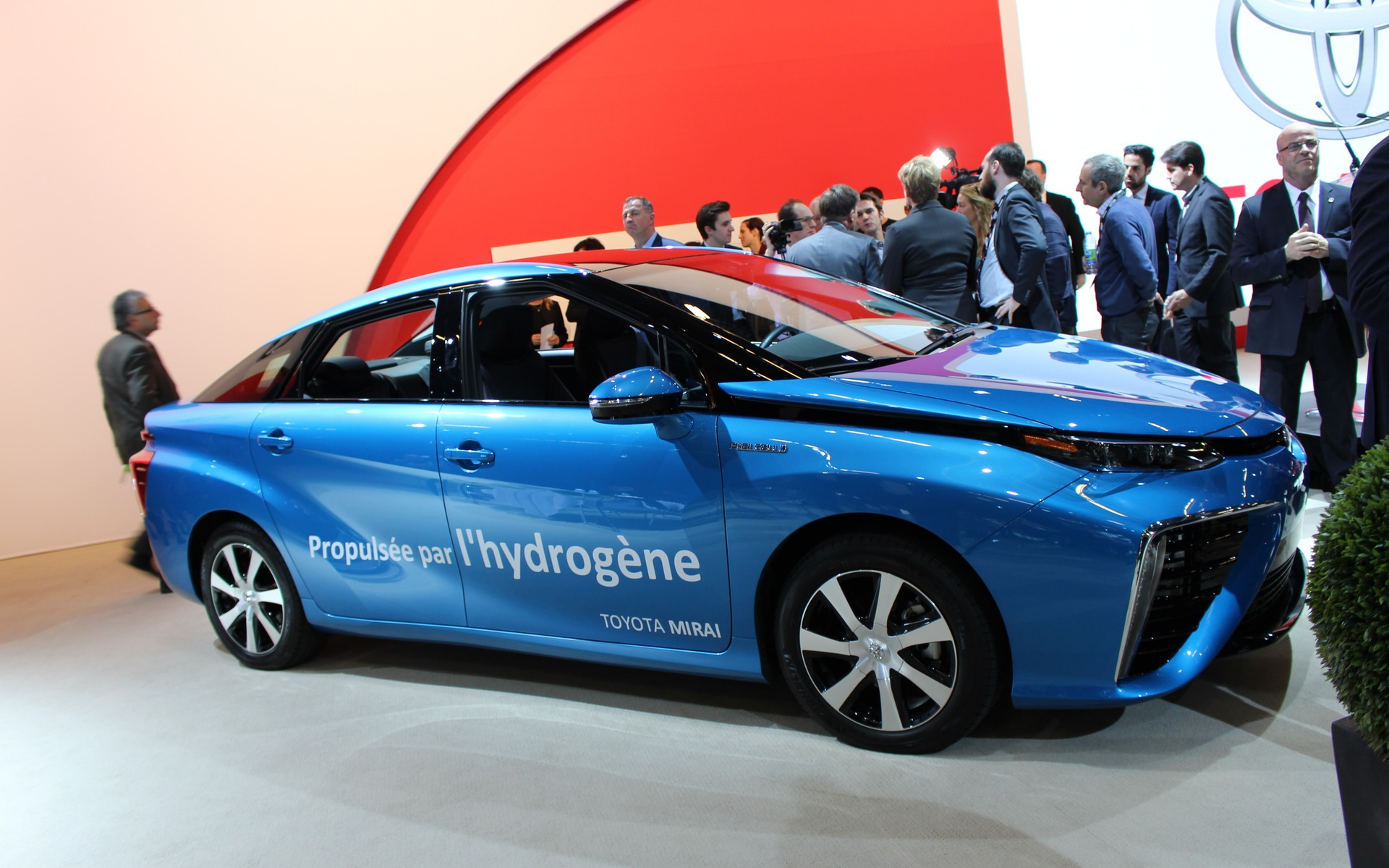 Hydrogen fuel cells have begun scaling up like solar and wind. Handout photo of a Toyota Mirai by Toyota
Previous story
Next story

Canada’s zero emission vehicle (ZEV) market is expected to have held steady in February, repeating January’s 1.8 per cent market share. For context, that is about one-quarter of Ford F-series truck sales.

With new car sales rising from 108,774 in January to 120,891 in February, ZEV sales are expected to rise from about 2,000 to 2,200. In Canada's auto market, February is always busier than January and the car buying season begins in earnest in March.

The Nissan Leaf led the pack with 247 sales in January, narrowly beating the Chevy Bolt, with the Hyundai Kona, Tesla Model 3 and Mitsubishi Outlander PHEV rounding out the top 5. Nissan recently announced the Leaf — the world’s best selling ZEV — had surpassed 400,000 worldwide sales, a laudable achievement. A bigger-battery variant of the Leaf (the Leaf Plus) will arrive in Canada this spring, offering faster recharging and a range of 363 km, up from 243 km for the standard version.

While the Leaf’s achievement is impressive, it’s too early for high-fives. Long-toothed industry observers will remember that nine years ago, Nissan expected to sell 500,000 electric vehicles per year — in 2013. Early interest was cruelly illusory: demand evaporated when it came time for buyers to buy the vehicle, a lesson Tesla has learned first-hand with the Model 3. (The consensus of auto analysts is that Tesla overestimated demand for the higher-priced versions of the Model 3, explaining the recent spate of price cuts and layoffs culminating in pay cuts for store personnel and a suddenly-announced, equally-suddenly-paused, plan to close the company’s retail stores.)

In the Canadian ZEV market, sales of both the Leaf and Chevy Bolt dropped significantly in February. Among automakers who publish or share ZEV sales data, the Mitsubishi Outlander PHEV owns the podium for now with 197 sales. It won’t be known whether Tesla’s Model 3 or the Hyundai Kona overtook it, until February’s vehicle registration data arrives.

Toyota sold 160 Prius Primes in February, the plug-in hybrid version of its near-ubiquitous Prius hybrid. Twenty-two years after the latter’s debut in time for the Kyoto Protocol, Toyota has sold about 13 million conventional hybrids.

Japan’s largest automaker also sold 18 Mirai fuel cell vehicles in Canada in February — more of the hydrogen-powered ZEVs will soon follow. Hydrogen has become available at select gas stations in British Columbia and Quebec, and a hydrogen fuel cell semi-truck trial has been announced in Alberta. The roughly 11,000 fuel cell vehicles worldwide barely register compared to the roughly 5,000,000 plug-in electric vehicles, but Toyota, Hyundai and more recently the Chinese government’s godfather of electric vehicle policy have committed to ramping the technology, arguing that, as good as they are, batteries won’t fully replace internal combustion. And who would argue that two solutions aren’t better than one?

Renewable energy enthusiasts may be surprised to learn that in the past several years, fuel cells have been scaling up exactly along the prior trajectories of solar and wind, creating the virtuous circle of higher sales → volume discounts from suppliers → lower product prices → higher sales that transforms ideas into industries. A generation ago, Canadian breakthroughs launched the industry’s modern era. Now, its long-awaited ascent validates the optimism of its visionaries and champions — to crib from investing titan Warren Buffett, they weren’t wrong, they were early.

"in the past several years, fuel cells have been scaling up exactly along the prior trajectories of solar and wind." Analysis by @ElectronComm

Projecting forward, one can foresee batteries and fuel cells effecting a “pincer movement” on fossil fuel combustion, bringing emissions down even as we extend energy services to an ever-growing share of our ever-growing human family. The pincer will be lopsided, like a lobster claw — batteries will contribute the greater share — but it will be a pincer nonetheless.

The David Suzuki Foundation’s recent “Charging Forward” report is also worth perusal, as it offers policy recommendations to the B.C. government for its upcoming ZEV mandate.

Key recommendations include a one-to-one credit system for zero emission vehicles, departing from the approach of California and Quebec. In the latter systems, ZEVs earn extra credits if they have a lot of zero-emission range (as do some battery-electric vehicles and all fuel cell vehicles). In these systems an automaker could get credit for having sold 100 per cent ZEVs, even if ZEVs only represented 50, 40 or even 25 percent of their sales.

Two more contentious recommendations are that automakers should not receive credit for ZEVs sold in British Columbia to date, and that automakers not be able to bank their credits for more than 2 to 3 years. While eminently sensible in the abstract, the real world is less forgiving.

At the moment, all auto companies lose money on zero emission vehicles. The cars may sell for more than the cost of production, but the billions of dollars of research, development, engineering and product validation will not yet have been recouped. Any vehicles provided to B.C. in past years would almost have been a matter of goodwill, because autos sent to California would have received monetizable credits and therefore been more profitable.

Not offering credits for ZEVs sold to date would also disproportionately penalize Tesla. Even a long-standing Elon Musk critic like myself senses the troubling unfairness in such a policy.

The proposal not to allow automakers to bank credit for more than 2 to 3 years is also concerning. If someone hits their ZEV quota several years early, helping the province’s drivers reduce their emissions, should that not be celebrated? If credits cannot be indefinitely banked, automakers with an in-demand vehicle will have the perverse incentive of restricting supply to B.C. for fear they won’t be able to monetize their ZEV credits.

As a hypothetical example, under such a system Tesla might have stopped shipping the Model 3 to B.C. last October, explaining to customers that it made more financial sense for the company to wait until January 2019 because they didn’t think they could sell any additional 2018-vintage ZEV credits. Neither Tesla, their customers, or the province’s emissions trajectory would have benefited.

Zero emmission vehicles are fine, but production of hydrogen for fuel cells is not conventionally zero emission. I would like to see more discussion of this aspect.

The hydrogen would be

The hydrogen would be produced by solar or wind powered hydrolysis, so is, in effect, just a battery storage system for zero emission produced electricity. Sounds good to me!