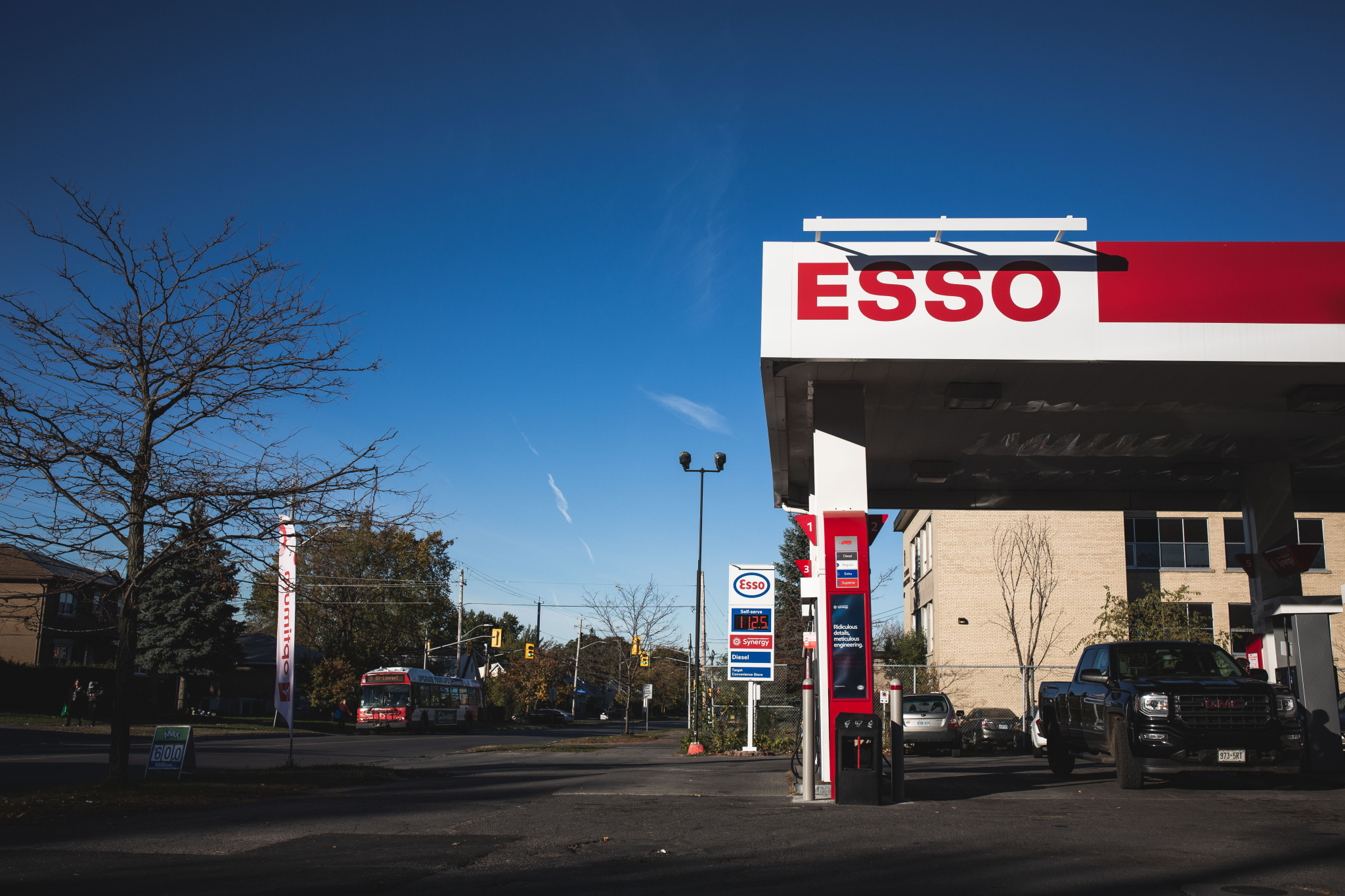 A Esso gas station in Ottawa is seen in this file photo taken on Oct. 26, 2018. Esso retail outlets are operated by Imperial Oil, which is majority-owned by ExxonMobil. Photo by Alex Tetréault
Previous story
Next story

In the three years since world leaders signed the Paris Agreement on reducing greenhouse gas emissions, the world’s five largest oil and gas companies have spent more than $1 billion on misleading branding and lobbying related to climate change, according to a new report.

While the oil majors — ExxonMobil, Royal Dutch Shell, Chevron, BP and Total — have publicly supported carbon pricing and other efforts to mitigate climate change, they have also lobbied against effective policy, the report from London-based think tank InfluenceMap says.

"The overriding intention and net result of these efforts has been to slow down binding and increasingly crucial policy" while the companies also overplay their own green initiatives, it said in a report released late on Thursday.

In the month before last November’s U.S. midterm elections, for example, the five companies and related trade associations spent $2 million on targeted social media campaigns in five states where energy policy was in play.

Three-quarters of that spending went to Washington state, where a ballot initiative to put a price on carbon dioxide emissions was defeated. Smaller amounts successfully sought to defeat green initiatives in Alaska and Colorado and helped re-elect Republican Senator Ted Cruz in Texas. Cruz rejects the scientific consensus on climate change.

The report noted three emerging trends in how the majors deal with their public perception related to climate change:

They have shifted from increasingly untenable positions doubting the science to more subtle tactics, the report said, including stressing the potential negative impacts of climate action on jobs and growth and pushing for gradual or incremental climate solutions based on as-of-yet unproven decarbonization technologies.

Another key trend is the increased outsourcing of direct, oppositional lobbying on climate regulations to powerful third-party industry groups such as the American Petroleum Institute and the Canadian Association of Petroleum Producers (CAPP).

"CAPP is a really interesting example of how the way oil companies lobby has evolved from opposing whatever climate policy there is to developing a more sophisticated strategy around messaging," InfluenceMap analyst Edward Collins said in a phone interview.

Since 2016, CAPP's support of the concept of carbon pricing policy has been based on the condition that federal policy “not only preserve, but enhance" the sector by recycling revenues from the scheme back to the oil and gas companies.

Last year it directly lobbied policymakers in Alberta, home to most of Canada's oilsands, to secure exemptions from the province's carbon tax until 2023, and according to Environmental Defence have won exemptions from federal carbon pricing for 80 per cent of their emissions.

And then they have the gall

And then they have the gall to make up stories about environmental groups being funded by evil foreigners.

Humanity's wastral overconsumption of planetary resources is now so extreme we can no longer limit its effects under the rubric of climate change. What we are doing is global ecosystem de-stabilization.

Natural systems can no longer accomodate our pressure and are reacting with complex and uncontrollable effects.

Any notion we might have stupidly proclaimed that we are "masters" of the universe is being proven to be fatally wrong.

….and our Prime Minister

….and our Prime Minister became an oil and gas man. "We can't leave it in the ground."