15 Canadians on cruise ship that was stranded off Norway; one injured 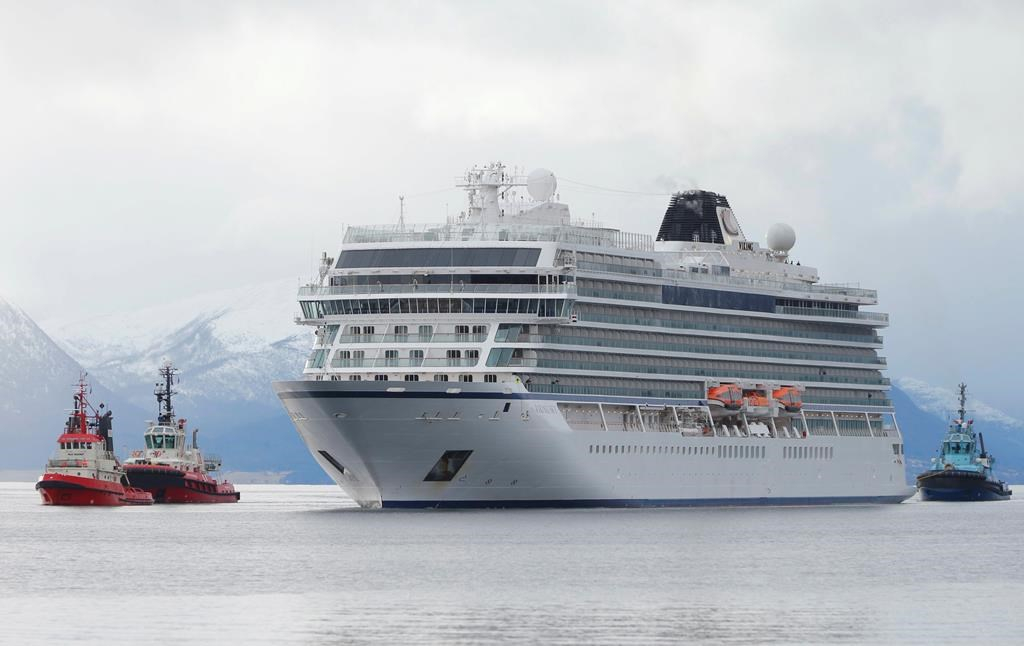 The cruise ship Viking Sky arrives at port off Molde, Norway, on Sunday, March 24, 2019, after the problems in heavy seas off Norway's western coast. Photo by Svein Ove Ekornesvag/NTB scanpix via AP
Previous story
Next story

Global Affairs Canada says 15 Canadians were on board the Viking Sky cruise ship when it ran into engine trouble off Norway's rough, frigid western coast.

In an email statement, department spokesperson Stefano Maron says one of the 15 was injured, and consular officials are in contact with those involved.

Marcon says no further information can be disclosed, citing the Privacy Act.

The cruise ship was carrying 1,373 passengers and crew when it issued a mayday call on Saturday afternoon.

Rescuers worked all night and into Sunday to airlift half of its passengers, 479 people, to shore by helicopter before the ship was able to slowly make its way to shore on Sunday.

The Viking Ocean Cruises company says all the passengers and crew are now safe, the ship has docked in the western Norwegian port of Molde and passengers are flying home as soon as possible.

-with files from The Associated Press