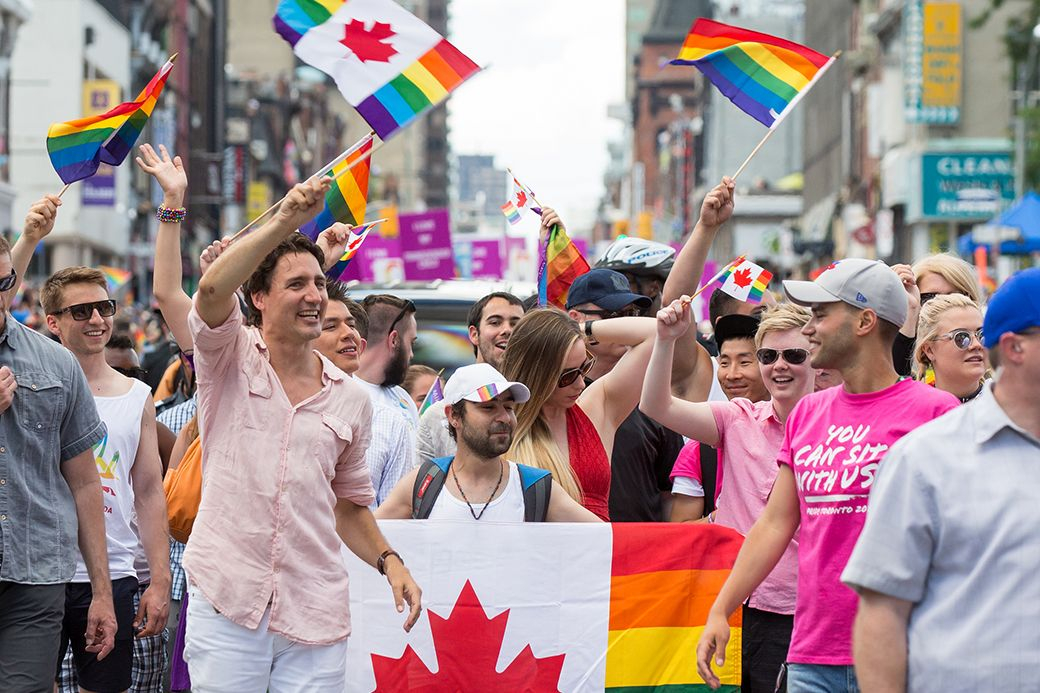 There’s little doubt the Liberals will run on their pro-LGBTQ2+ record in the election campaign but other than an inclusive narrative, they haven’t delivered the change LGBTQ2+ communities need and deserve.

While we’ve arguably seen more action on LGBTQ2+ issues under this Liberal government than ever before, after 10 years of Harper conservativism, the Liberals had an opportunity to enact sweeping improvements to LGBTQ2+ health and wellness. They didn’t.

No one is contesting that the current Liberal government did some good work on LGBTQ2+ issues. They apologized to LGBTQ2+ Canadians for decades of government-sponsored discrimination; created an LGBTQ2+ secretariat within the Privy Council Office, alongside a special advisor to the prime pinister on LGBTQ2+ ssues; made significant financial commitments to support LGBTQ2+ rights abroad; and, perhaps their most celebrated victory, oversaw the introduction and successful passage of trans rights Bill C-16. Most recently, budget 2019 included $20 million over two years to support front-line LGBTQ2+ service organizations.

However, after the Harper era of government unwillingness to engage on LGBTQ2+ issues, the expectations were set too low. We were so desperate for any action on LGBTQ2+ issues that token amounts of attention were branded as real change. We were tired and beaten down. Our communities have become too accustomed to losing friends to violence, struggling with health issues, and being terrified by discrimination engrained in our daily lives. Instead of expecting – and demanding – the substantive policy shifts needed to improve the everyday realities of LGBTQ2+ communities, we applauded minor improvements that were politically convenient for the governing party.

For example, the Liberals apologized for decades of government-sponsored discrimination. Well of course they did. Any government with a moral compass would apologize for an intentional purge of public service employees enacted purely on the basis of their (suspected) sexual orientation. In fact, it’s downright shameful that it took until 2017 for a federal apology to occur. The passage of trans rights Bill C-16 was another victory, but one with a much narrower scope than free speech fear-mongers would have you believe – and only after trans activists and the NDP spent 10 years fighting for it.

Why not denounce transphobia in the U.S. too?

The appointment of a special advisor on LGBTQ2+ Issues, and the creation of an LGBTQ2+ secretariat are definitely worth celebrating, but we’ve had a minister focused on women’s issues since 1971 and a minister of multiculturalism since 1996. In 2019, of course we should have a special advisor dedicated to LGBTQ2+ communities. LGBTQ2+ communities make up as much as 10 per cent of the population, have been subject to historic and ongoing discrimination – within and endorsed by our own governments – and need a voice in our federal government. While an important success, there was no genuine opposition to an LGBTQ2+ secretariat, and with a tiny budget of just $3.6 million over three years, it has neither the funding nor the scope to enact the kind of change we need.

The Liberals most recently committed $30 million over five years, to be followed by $10 million annually, to advance human rights and improve socio-economic outcomes for LGBTQ2+ people in developing countries. While there is no doubt that Canada should act as a champion of LGBTQ2+ rights internationally, this Liberal government has failed to denounce the transphobia of our own ally to the south, as the Trump Administration continues their campaign against trans communities. Are we only willing to denounce discrimination in the Global South or underdeveloped countries, where there’s minimal political price to pay?

Their most recent commitment of $20 million in the 2019 Budget focused on building the capacity of LGBTQ2+ service organizations working on the front lines of queer communities is unprecedented, but this was an election budget, designed more than anything to build Canadian support for four more years of Liberal leadership. While a commendable decision, indeed a needed step in the right direction to get funding directly into LGBTQ2+ organizations doing life-saving work on the front lines, it’s too little, too late.

Let’s not forget that they’ve fallen flat on key election commitments – the homophobic and transphobic blood ban, the ban preventing men who have sex with men, and trans folks, from donating blood, is still in place, though reduced from a five-year ban to a one-year ban. They’ve also failed to repeal the anti-sex work legislation C-36, introduced by the Harper government, despite a clear commitment to doing so.

The Liberals could and should have a stronger pro-LGBTQ2+ record, writes @FaeJohnstone

The Liberals aren’t by any measure anti-LGBTQ2+. They’re far from it and they have indeed been allies and supporters of our communities over the years, these past four included. However – after four years with a majority government, they haven’t enacted the changes we need. The last four years have indeed been a breath of fresh air but none of their LGBTQ2+ policies cost them anything – politically or otherwise, and none of them had the breadth or depth needed to make real the changes our communities need.

As we jump into the next election, my life doesn’t feel all that different. After four years with the Liberals in power, I don’t feel safer, and I don’t see significant improvements in the lives of the LGBTQ2+ communities I am connected to. LGBTQ2+ kids are still struggling, plagued with terrifying rates of bullying, suicide and homelessness. I still get harassed on an almost daily basis for daring to go out in public as a trans person. Outside of pretty words and platitudes, my life doesn’t feel tangibly different than it did under the Harper government.

The measure of LGBTQ2+ inclusion must move beyond rhetoric and into perceptible improvements, the kind we can see and feel. Despite our belief in Canada as an inclusive and accepting country, LGBTQ2+ communities are struggling to survive in a society still seeped in homophobia and transphobia.

This election, my challenge to the Liberal Party – and all political parties positioning themselves as LGBTQ2+ advocates – is to raise the bar. We cannot spend another election paying token attention to our communities. Our government must do better and be better.